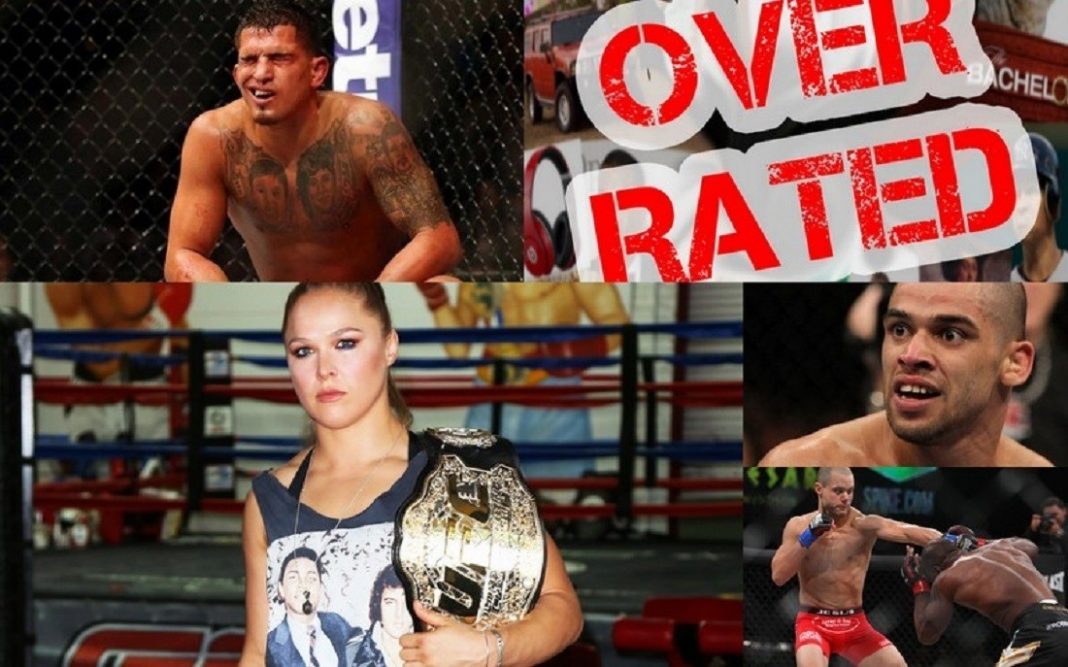 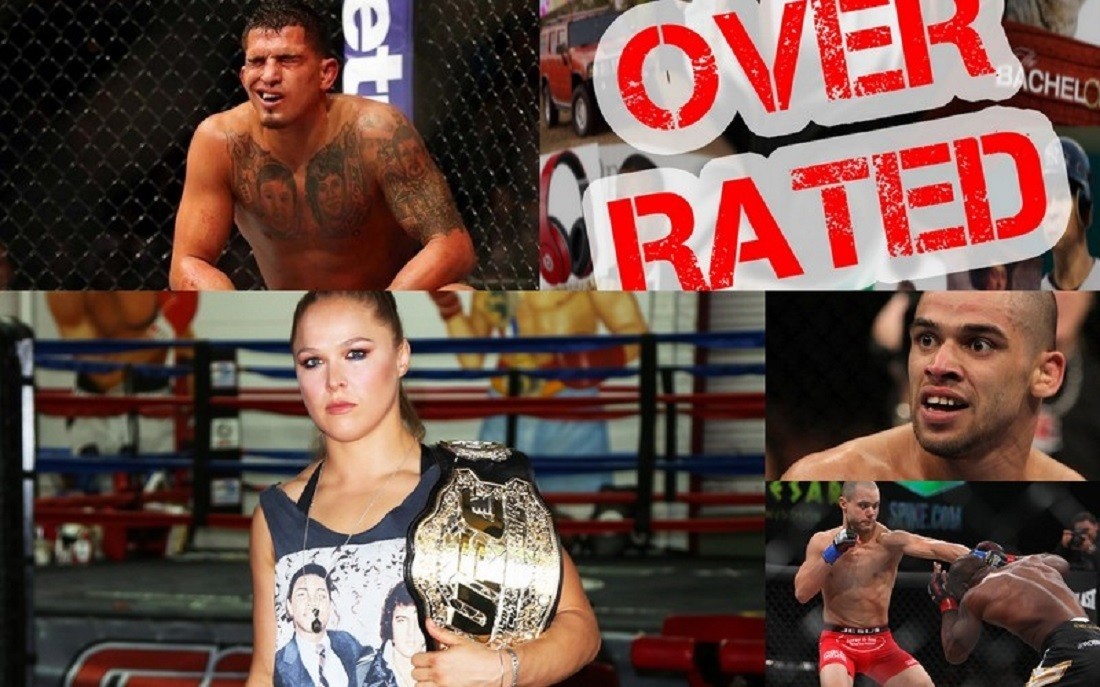 As is the case with athletes of every sport, certain fighters of the MMA world have an unprecedented amount of fans and hype behind them. While this hype and support is sometimes justified, certain instances of an overrating — from the fans, and otherwise — certainly do exist. Whether it’s because of a fighter’s actions outside of the cage, or simply because a massive amount of attention has snowballed into an unrealistic and inaccurate assessment of one’s skills, these types of fighters were plentiful in 2015, to say the least. Let’s take a look at the most overrated MMA fighters of the past year. 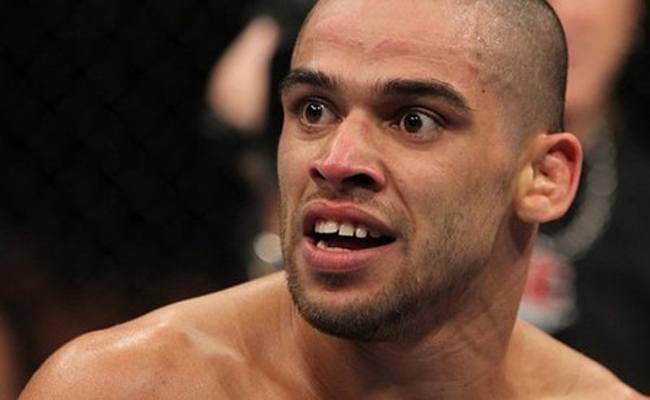 Recent times haven’t been kind to the former UFC Bantamweight Champion, Renan Barao. Similarly over-touted by the UFC, Barao was stunned and upset in 2014 by current-champion TJ Dillashaw, via fifth-round TKO. After a relatively underwhelming return fight (after his initially planned rematch with Dillashaw was abruptly scrapped) against Mitch Gagnon, Barao fought Dillashaw for the title once more in his only fight of 2015—losing via fourth-round TKO. From highly ranked and touted as a pound-for-pound and all-time great to being regarded as a high-level competitor who will be hard-pressed to secure the belt is not an ideal transition, but one that Barao knows very well.

Although he’s only twenty-eight years old and has plenty of time to grow as an athlete, the reality remains that—especially because so many fans thought he was set to take Dillashaw in the rematch—he’s one of the most overrated fighters of 2015. 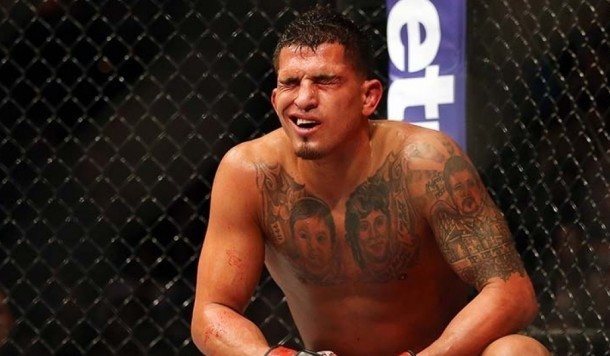 Although the hype and excitement have now stabilized behind the former lightweight champion, one can’t help but remember the earlier days of the year, when Anthony Pettis was being touted as one of the greatest of all time. On a string of outstanding victories over elite competition, Pettis secured sponsorship deals with Wheaties and Reebok, and was even called, by UFC President Dana White, the “pound-for-pound best fighter in the world”. Pettis was professional, exciting to watch, and equipped with a seemingly endless supply of support and interest.

Until he lost his belt, that is.

As a nearly five-to-one favorite, Pettis was convincingly defeated by current-champion Rafael dos Anjos at UFC 185. He simply wasn’t able to find his groove or get into the fight.

Pettis, as well as each of the other listed athletes, shouldn’t be degraded nor have their accomplishments minimized. During his undefeated reign, the former champion was ultra-exciting and dominant—but that doesn’t mean that he wasn’t overrated. These performances, along with the outside-the-cage hype behind “Showtime”, created an air of invincibility—and as longtime fighters and fans know, there isn’t such a thing as “unbeatable” in this sport. 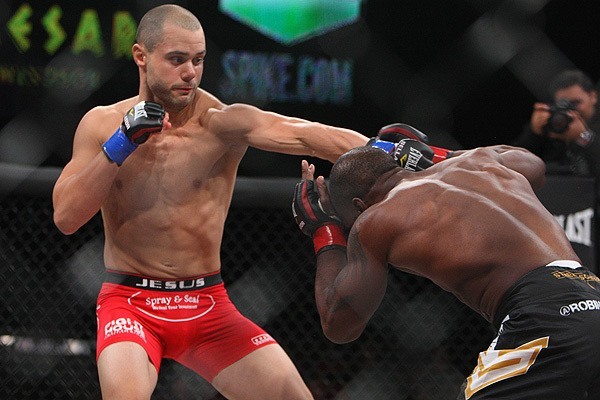 Chad Laprise is certainly a quality athlete. His technical striking and well-rounded overall game allowed him to become the winner of The Ultimate Fighter Nations: Canada vs Australia, before commanding two additional victories inside the Octagon. It was (and still is) clear that the Tristar MMA product has a place in the Octagon of the future.

However, across these initial UFC wins (some of which, especially the Barberena fight, were very hard-fought), an unreasonable amount of hype developed behind the talented Canadian. The culmination (and subsequent explosion) of this hype balloon was found at UFC Fight Night: Holloway vs. Oliveira, in late August of this year. Against the talented and constantly improving Brazilian talent Francisco Trinaldo, the now over-touted Laprise was a -350 favorite, through some sportsbooks!

Although the fight was by no means a lock for the Brazilian, the odds reflected a discrepancy in skill levels that simply wasn’t real; this was made even clearer in the results. Trinaldo defeated Laprise via first-round TKO, giving the Canadian the first professional loss of his career.

As was stated, Laprise has a very bright future inside the Octagon. With that said, there’s no doubt that he was at least slightly overrated heading into this year. 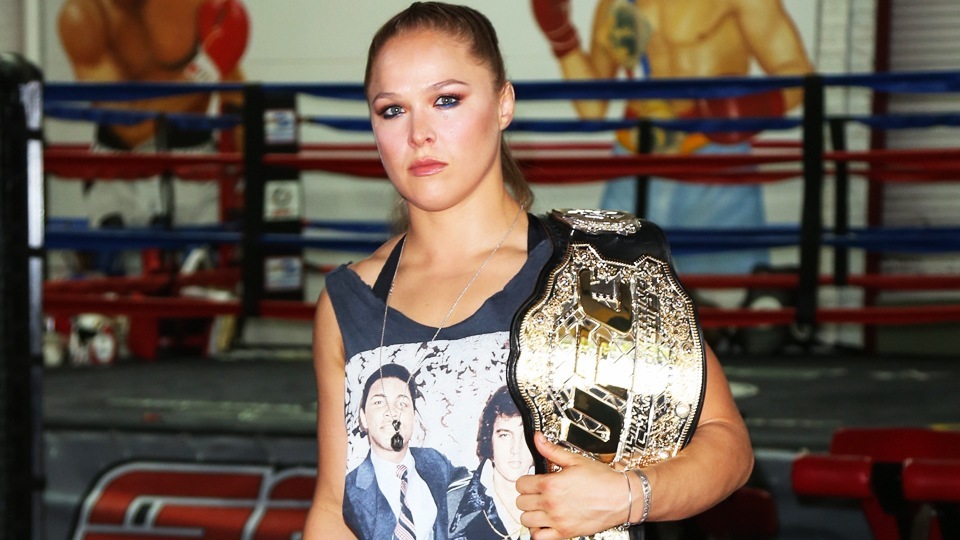 Ronda Rousey is an ultra-exciting and talented athlete, whose excellent in-cage skills and out-of-the-cage demeanor and professional abilities have led her to achieve an unprecedented amount of success.

She’s also the most overrated athlete in the UFC today.

Furthermore, while Rousey has dominated every competitor that she’s faced both in and out of the Octagon, she isn’t close to being the most dominant UFC champion of all time, as many indicate; to claim that someone who sits atop a relatively new division is the greatest of all-time would be insulting to the athletes who have climbed to the top of (and stayed atop) divisions that have been established for fifteen or more years, at a high professional level.

Those who have held the belt for long periods of time in talent-stacked divisions of killers— Anderson Silva, Georges St-Pierre, Jon Jones, etc.—are more dominant, even if the results of their victories were much closer, at times. It’s more dominant to consistently slay top-quality competitors in matches that are closer on-paper than it is to routinely devastate challengers who are +800 underdogs.

The simple reality of every win in Rousey’s career thus far—from her first professional bout to her latest—is that she’s been an overwhelming favorite. It’s certainly fun to watch her compete and she is making history as many suggest, but there really isn’t any mystery as to who the victor will be in one of her fights. To further demonstrate this truth, the betting odds for each of Rousey’s opponents have had impressive payout ratios; how much money would one be comfortable wagering, given these incredible payouts?

Hence, Rousey is talented, but is still the most overrated athlete in the UFC. One could say that her skill levels inside the Octagon have allowed her to dominate her opponents—not her opponents’ lack of skills—and that is certainly true, to an extent. However, the point to take away is that other champions have fought and are fighting much more daunting opponents.

The odds—and the results—speak for themselves.

The above information isn’t meant to take-away from the reputation and skills of any athlete (especially since each of the above fighters is excellent). Rather, the list is meant to document and record just how out-of-control the hype train can get—and did get this year. As MMA is ultra-unpredictable by its very nature, it’s difficult to say what next year will hold. Let’s hope to see some exciting action and frequent competition; there’s not a lot that can be done about the inevitable hype!