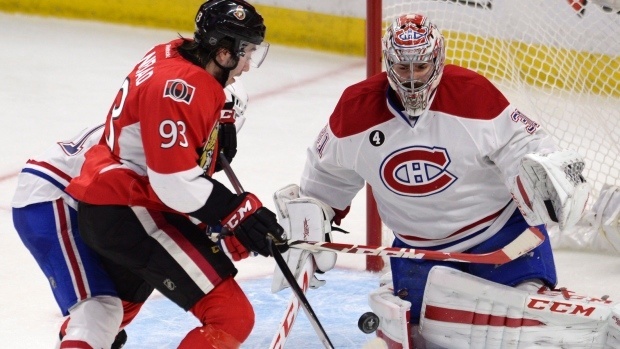 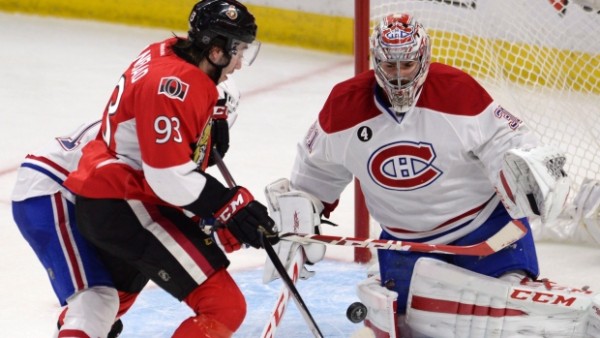 The Ottawa Senators saved face on Wednesday night as they defeated the Montreal Canadiens in game four of their opening round series in the 2015 NHL Stanley Cup playoffs. The result from the game, true to form for the entire series, featured a one-goal result. But whereas Montreal, in games one, two, and three, had always been the team edging the Senators on Wednesday it was Ottawa that escaped with the narrowest of victories.

Heading into the third period on Wednesday the Senators and Canadiens were tied 0-0. It wasn’t until the two teams were about nine minutes into the third that Mike Hoffman, a left-winger for Ottawa, scored on an assist from Codi Ceci.

Craig Anderson, playing in his second game in the 2015 NHL Stanley Cup playoffs, protected the lead and on the night as a whole he made 28 saves in earning a shutout. That performance in net is largely what kept Ottawa alive in the series, especially since Carey Price was sharp for Montreal, allowing just the one goal on 32 shots.

Anderson, now aged 33-years old, is an American-born goaltender that has been overlooked for much of his career. However in what is now 25 post-season appearances the netminder has posted solid numbers, including a save percentage of .930. Often a platooner, coach Dave Cameron will surely have to play Anderson in game five of the Sens/Canadiens series, a game that will come from Montreal on Friday night (7pm ET). 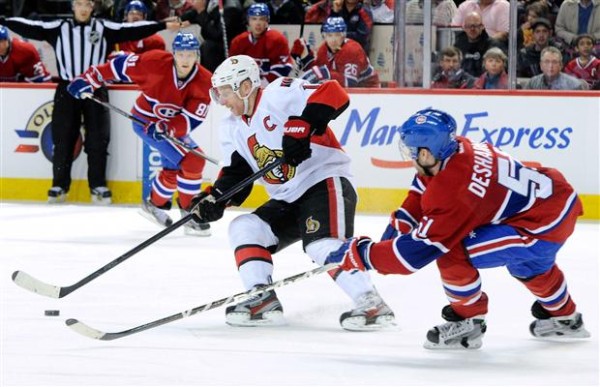 Cameron, commenting after the game four win, stated: “We’re going to Montreal and now we have a series.”

In truth, the comment may be a little premature: the Senators, heading into game five, are not really in the series quite yet. Instead they find themselves down 1-3 and they are very unlikely to escape the first round, even after the game four win. But the Senators are in a position to put a lot of pressure on Montreal.

The Canadiens, despite winning both games, did not dominate play from the Bell Centre earlier in the series. That being the case, game five promises to be tight and if the Sens scrape through then they will earn another home game from Ottawa in game six. The prospect of returning to Ottawa has to be one that the Canadiens dread.

We don’t quite have a series in Eastern Canada yet but if Ottawa hold a lead in game five then thoughts of the two 0-3 series deficits that have been overcome in recent years might creep into the minds of Montreal players, coaches, and fans alike. That in turn could put the Canadiens on their back heels while putting a little more energy in the strides of the Ottawa skaters.

Television coverage for game five is with the CBC and puck drop will be a little after 7pm ET.