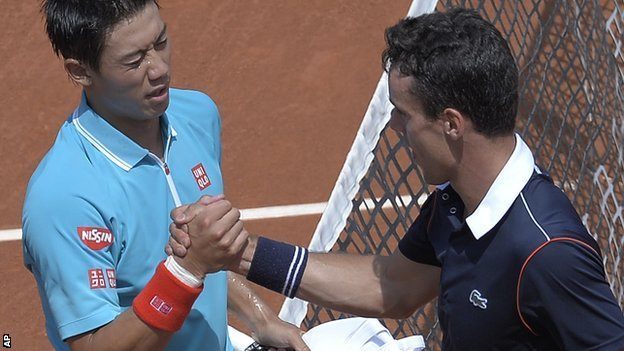 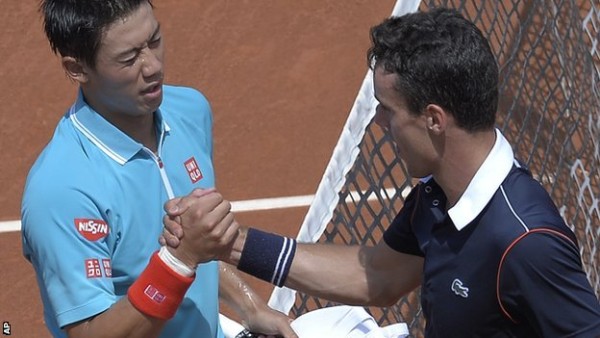 Just this week my fellow sports writer Shane Lambert wrote about Kei Nishikori possibly being the biggest rival to Novak Djokovic, and he’s on track to prove him right after making it to the semi-finals at the 2015 Barcelona Open. He took out Roberto Bautista in three sets 6–2, 3-6, 6-1 and joins David Ferrer at the semis.

Nishikori is 19-1 when a top seed at an ATP World Tour tournament, including title runs in 2014-15 Memphis, 2014 Kuala Lumpur and a runner-up finish at Acapulco in February.

The top-seeded Japanese star beat seventh seed Roberto Bautista Agut 6-2, 3-6, 6-1 for a place in the semi-finals. Nishikori, who also beat the Spaniard in the second round here last year, hit 25 winners and saved one of the two break points he faced in the one hour, 40-minute match. 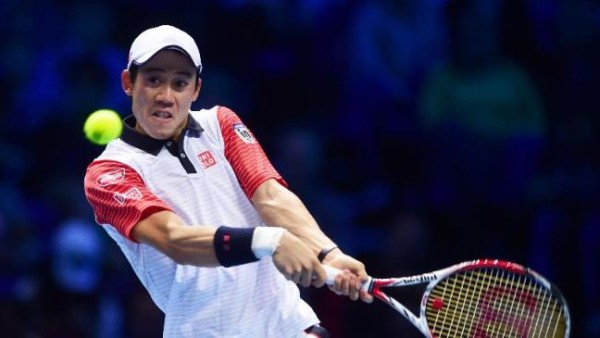 “I’m really happy with the way I’m playing right now, especially in the third set,” said Nishikori. “It was a really tough match.”

In their first ATP World Tour meeting, the Slovakian hit 24 winners and saved all six break points faced in the one hour, 37-minute match.

With a semi-final berth, Klizan achieved his best showing so far in his third appearance at this ATP World Tour 500-level tournament. The 25 year old hoisted his third tour-level title two weeks ago in Casablanca (d. Gimeno Traver).

Nishikori and Klizan have clashed once before, in the first round of last year’sRoland Garros, which Klizan won in straight sets. 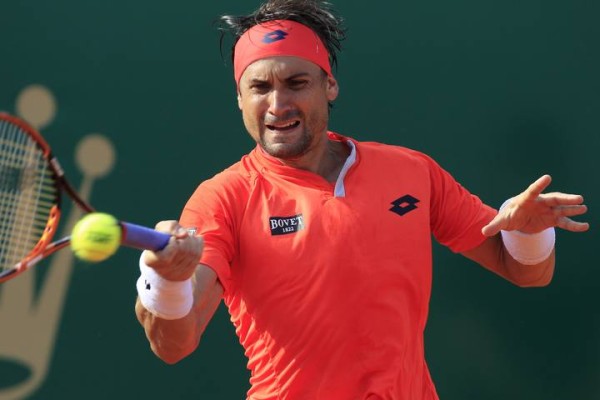 Third seed David Ferrer advanced to the last four with a 6-3, 7-6(5) win over Philipp Kohlschreiber. With home crowd support behind him, the Spaniard saved five of the nine break points he faced in the one hour, 44-minute victory.

“Now I am in the semi-final, and I’m very happy for that,” said Ferrer.

A four-time finalist in Barcelona, Ferrer will face Pablo Andujar in the semi-finals after the World No. 66 beat Fabio Fognini 6-1, 6-3.

Andujar hit 12 winners and capitalised on five of his seven break point chances to fend off Rafael Nadal‘s conqueror in 65 minutes.

Ferrer leads his FedEx ATP Head2Head series with Andujar 3-0, with all past meetings having been on clay. Photo above courtesy of Barcelona Open Banc Sabadell.

Marin Draganja and Henri Kontinen knocked out second seeds Marcel Granollers and Marc Lopez 6-4, 1-6, 13-11 to reach the semi-finals. The Croatian/Finnish pair fired nine aces and saved six of nine break points faced in the 86-minute match. Their next opponents will be fourth seeds Alexander Peya and Bruno Soares.

Martin Klizan notched his second victory of the day, teaming with Aisam-Ul-Haq Qureshi to beat David Marrero and Tommy Robredo 6-3, 6-7(4), 10-6 and reach the doubles semi-finals. They will next face Jamie Murray and John Peers.