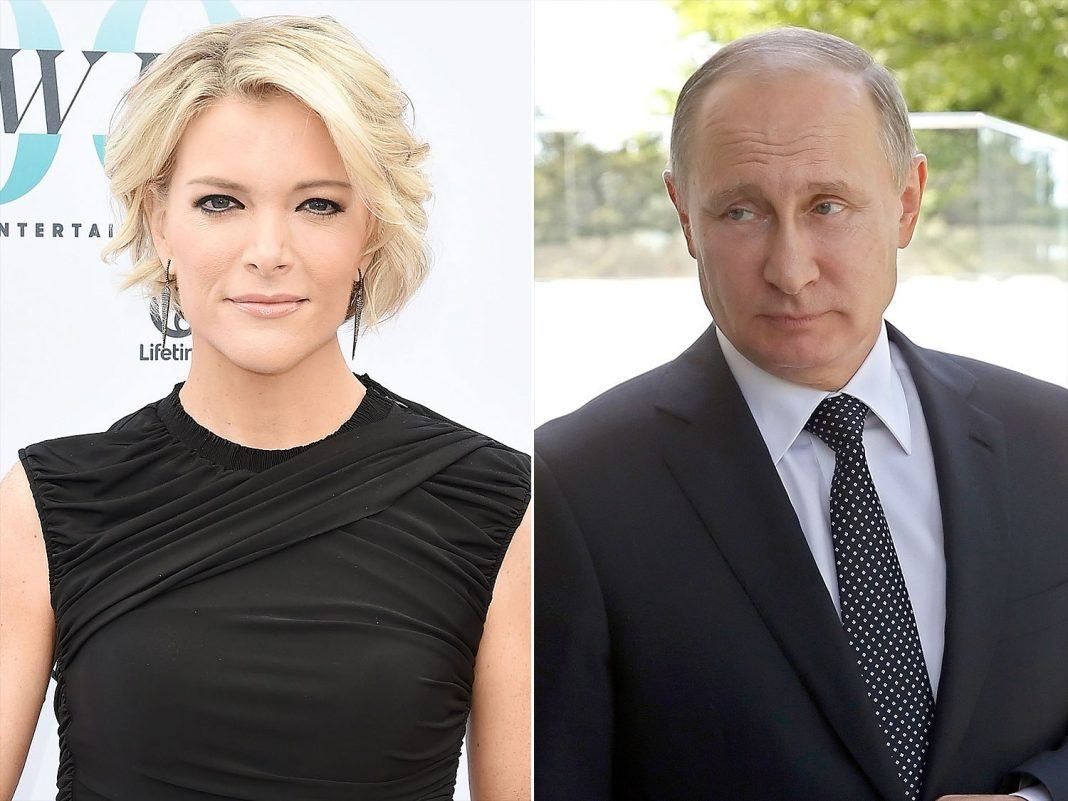 Megyn Kelly wisely jumped sinking ship Fox News as things became even worse and landed a sweet gig at NBC. The two have one thing in common, they’re rebuilding themselves from the ground up, but Kelly has one big confession.

Contrary to her former Fox incarnation, she doesn’t love politics.

“I was not born to be a political news anchor,” she admitted in a POLITICO interview. “No, I’m not going to miss the crazy news cycle. The audience enjoyed the show, and I’m grateful for it,” Kelly said. “But it wasn’t who I was, and it isn’t who I am. … While I will cover politics … I don’t want to do only that. It’s not enough for me personally.”

The former Fox News Channel personality is in Russia to participate in an onstage question-and-answer session with Putin on Friday at the St. Petersburg International Economic Forum. She also is pushing for an offstage interview that would be featured on the first episode of NBC’s “Sunday Night with Megyn Kelly.”

No matter what, the newsmagazine will feature a Putin story. But a one-on-one interview carries a lot more juice and newsmaking potential than a public presentation that happened two days earlier.

“Sunday Night” will air at 7 p.m. Eastern opposite CBS’ “60 Minutes” and is the first of NBC’s stated plans for Kelly when the network lured her from Fox. The second part, and financially the most important, is her 9 a.m. weekday talk show that starts in the fall.

Kelly interviewed several people each night on her Fox show, but usually, it was only for a couple of minutes with a stranger. The centerpiece of “Sunday Night” will be in-depth interviews that require more time to get to know her subject better.

“Fortunately, it’s not brain surgery,” she said. “No one’s going to die if I don’t get it perfectly on the first try. But I’m enjoying this. It’s nice, after 12 years in the business, to be learning a new skill.”

Kelly earned mixed reviews for her prime-time Fox interview with Donald Trump last year, but respect for her sharp questioning during debates. NBC said it’s happy with how she’s making the transition. “She’s just a natural,” said Elizabeth Cole, one of the network executives behind the startup. “She really connects with the people she interviews.”

Already completed are sessions with Erin Andrews, the sportscaster and stalker victim who talked about her bout with cancer, and J.D. Vance, author of “The Hillbilly Elegy,” a book about the attitudes of the white underclass.

“When I sit down with Mr. Putin … it will be a little harder-hitting,” Kelly said. “I am not looking to make him cry.”

Besides Cole, Kelly is working with another veteran executive, David Corvo, to create “Sunday Night.” He’s supervised newsmagazines at NBC for two decades. As opposed to the true crime stories that dominate most newsmagazines not named “60 Minutes” these days, “Sunday Night” will be a throwback, a mix of stories that will include pieces by Cynthia McFadden, Harry Smith, Kate Snow, Keith Morrison and Josh Mankiewicz and others.

Smith already has racked up frequent flier miles for the series, banking stories that took him to Kenya and near Antarctica.

Kelly’s “Sunday Night” will air until the NFL season starts, and resume next year after the Super Bowl and Winter Olympics. The summer start gives her an opportunity, since “60 Minutes” usually reruns stories from earlier in the year in the time slot. But that’s for a reason: during the warm weather months, a 7 p.m. television show’s biggest competitor tends to be viewers’ barbecue grills.

CBS Corp. Chairman Leslie Moonves, noting that “60 Minutes” is nearing its 50th anniversary on the air, didn’t sound too concerned about Kelly when speaking to reporters recently.

“We won’t take too many shots at Megyn,” he said.

In an interview, Kelly declined to comment on the death of former Fox News Channel Chairman Roger Ailes. Kelly’s silence in the wake of sexual harassment charges against Ailes last summer played a role in his downfall, and she later wrote that Ailes had acted inappropriately with her, too. That earned her some bitterness among Ailes’ supporters.

Besides losing her, Fox News’ evening lineup has been rocked by the firing of Bill O’Reilly and defection of Greta Van Susteren, and is no longer as dominant in the ratings as it once was.

“I have a lot of friends there,” Kelly said. “There’s no question this is a rebuilding year for Fox, and I think they would say that, too. But they will rebuild, and they’ll find their footing again. I have no doubt of that.”