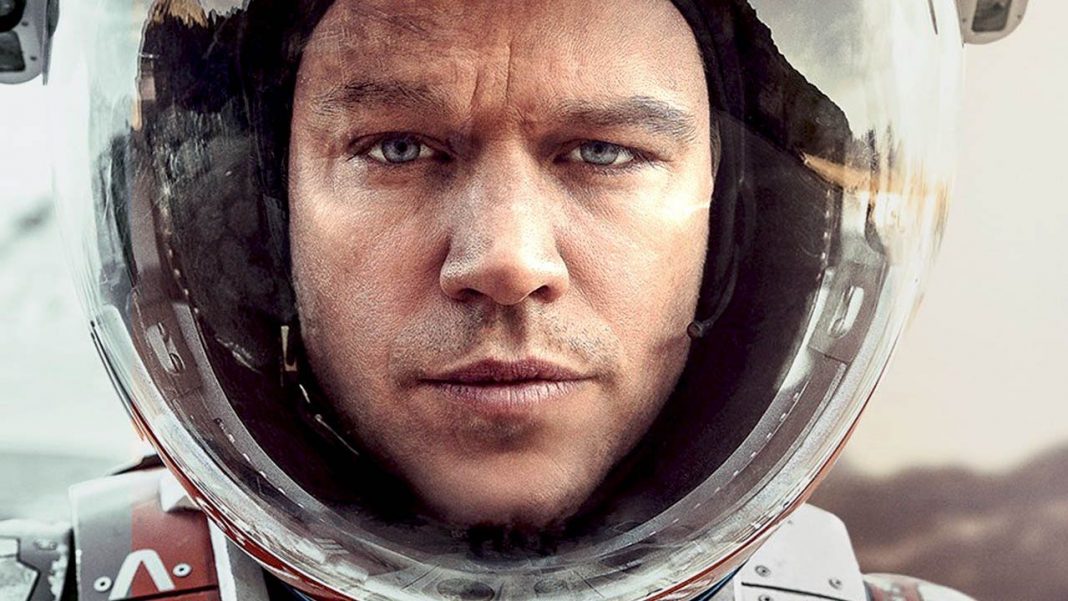 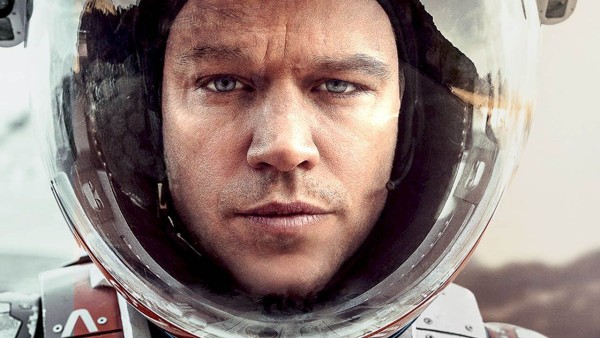 Book and Matt Damon fans rejoice! Another bestselling book is making its way to the screen, but this time it’s something we all can be proud of (unlike 50 Shades of Grey becoming a massive success). The bestselling Sci-Fi novel The Martian is hitting the theater as a big screen adaption. As many fellow book lovers couldn’t be more excited about the movie, I also rejoiced. It’s a smart, action filled humorous book that should only be read by those that don’t want to immediately check out during the reading process. The only thing that makes me nervous about the movie’s release is that the adaption is being directed by Ridley Scott.

You know the guy that recently produced the completely white washed film Exodus based off of the story of Moses? His movies often sacrifice genuine great content for potential big box office numbers. And although white washing didn’t do him any favors in Exodus, The Martian is a totally different gravy train. There’s much potential for dumbing down the movie to fit the masses. 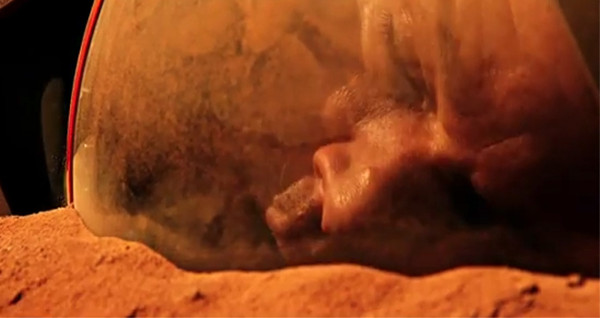 The trailer does leave me hopeful however, as the major events in the book do seem to take place in the film. In the preview, Astronaut Mark Watney is thought to be dead by NASA when he is separated from his crew during a horrible storm on Mars. As a result, he is left behind. Surprisingly however, Mark is not dead. Now, he’s alone on a hostile planet with no way to get back to earth.

The good thing he’s a highly intelligent engineer. I mean we wouldn’t send a complete moron to mars after all, right? With barely-there supplies, Mark must draw from deep down inside to pull off all the intelligence and spirit he can muster in order to stay alive. When Mark gets things slightly under control, he is able to signal to Earth that he’s alive.

Now his crew is faced with what seems like the impossible mission of suiting up and going back to save Mark. Will the crew get back to Mars in time to save him or will politics get in the way? Mark might not be able to survive by himself on an alien planet forever.

The film looks to be the typical style of Ridley Scott which is usually big, glossy and loud with how many millions of dollars they’ve poured in to it. It’s a really intelligent read. A large majority of the movie going audience that wants to think while they watch would enjoy this brainy novel. It’s got a lot of heart and doesn’t go down as simply another nerdy, dry book about a failed mission to mars.

Mat Damon really does have everything it takes to play Mark. His boyishly handsome  appearance and warm sense of humor is exactly what is needed to pull off that character. Seeing Kristin Wiig in a Sci-Fi role should be…interesting. A great supporting cast is rounded off with Jessica Chastain, Kate Mara, Donald Glover, Jeff Daniels and Chiwetel Ejiofor. 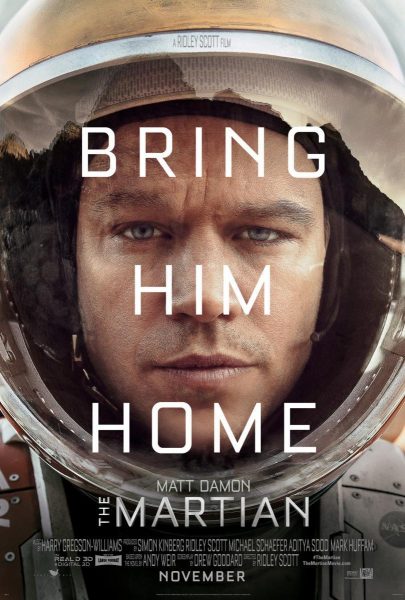