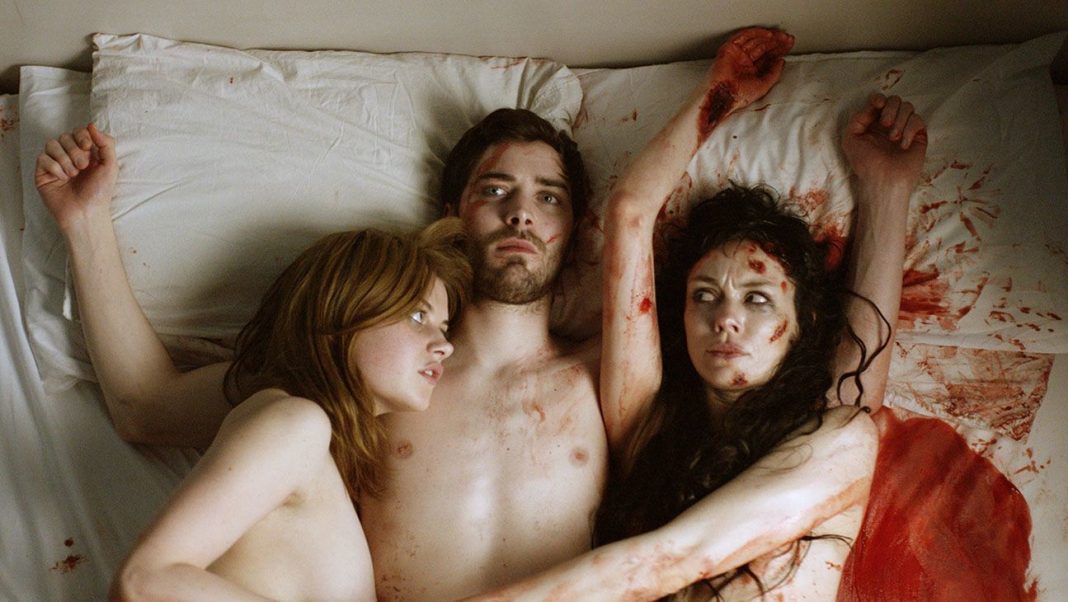 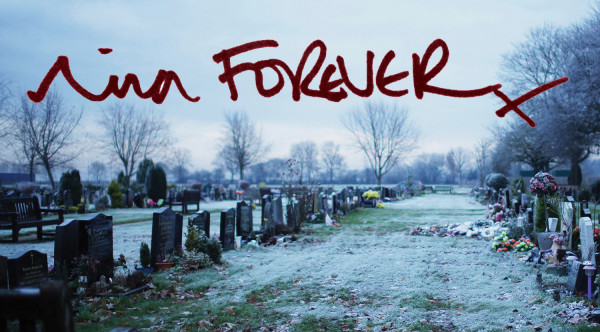 Nina Forever is being hailed by the movie’s website as a “fucked up fairy tale.” Ok horror fans, how can you not be drawn to a film with a description like that? The film follows an awkward girl named Holly who wants to save Rob’s life with whom she works. Rob is just as strange as she is. They both work a dead-end job at a supermarket (although Holly’s training to be a paramedic). Rob is still angry and depressed over the death of his girlfriend Nina. He’s even tried to kill himself, but Holly thinks she has what it takes to save Rob’s life.

Their relationship gets deep and on the first night they decide to make love, something so crazy happens my mouth hit the floor when I saw it! His ex, dead girlfriend pops up in bed with them as a bloody and tangled mess! This is not enough to make Holly run. She’s determined to help Rob move on from his past. Holly will do whatever it takes to stay with Rob and make him whole again. Even if that means having a dead ex-girlfriend in their bed every time they make love.

The movie is an obvious metaphor of how not moving on from a past relationship can greatly damage a new one, but damn do they do it in such a bold fashion! The scene where the girlfriend appears in their bed for the first time is seen in the trailer in all its morbid and shocking style. The corpse is naked, bloody and talking! In fact, Nina the corpse does not have a hard time telling Holly she is not Rob’s “ex” girlfriend. I’m pretty sure most women would throw their hands up and say “hey, you win! I’m out.” 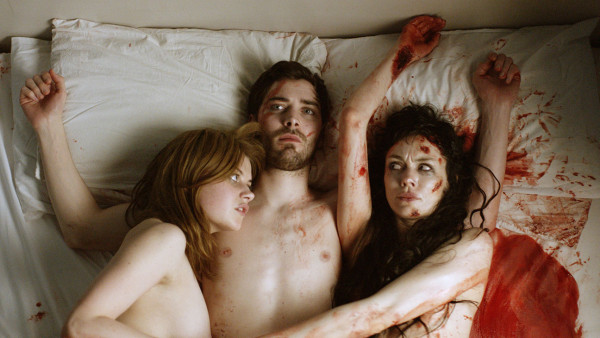 I’m not sure why the film makers are calling this a “fairy tale” at all. I can’t think of any Grimm’s Fairy Tale where a woman woke up from the dead to terrorize her living boyfriend away from having sex. Maybe the director is trying to build their own dark fairy tale and that’s pretty cool too.

The trailer reminded me immediately of the movie Excision ( a horrific movie about a girl who’s obsessed with performing surgery and goes to disgusting lengths to do so). Excision in all it’s blood and gore (it featured a scene of a girl having sex with a boy as her period blood gushed all over him) made my stomach churn and I barely got to the end. I vowed to never see that film again and I haven’t.

Nina Forever gave me the same dirty feeling, but it really feels like worth a try. Early reviews are very positive. Although the release date is mentioned as March 14, 2015, I’m guessing that was for the film festival circuit.

Hopefully, it will a get a DVD, VOD and On Demand release date soon!