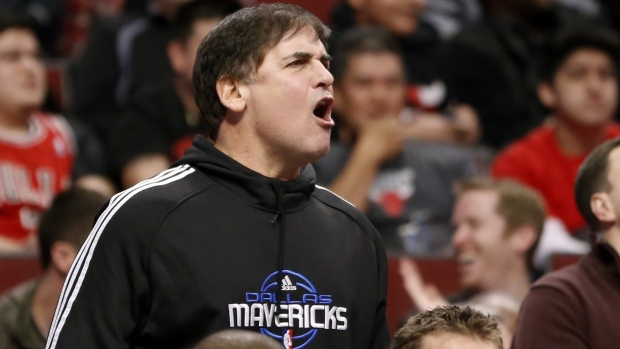 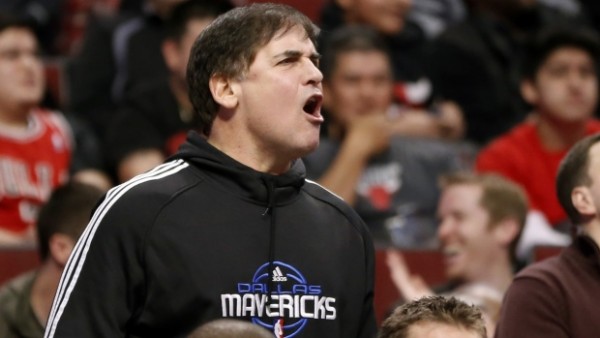 Mark Cuban made headlines again this past week for his open criticism of the NBA All-Star Game fan voting. The outspoken owner of the Dallas Mavericks came out to tell the NBA that they need to eliminate the fan voting for the annual All-Star Game, citing the lead vote-getter Steph Curry’s total of 1.5 million votes as “embarrassing.”

“Fans are allowed to vote more than once, right? That’s embarrassing. To think that we couldn’t get people to vote enough times. No one even tried to hack it. That’s how bored they are,” Cuban said. “When the number of voters isn’t enough to even get anybody to notice…that means basically .01 percent of NBA fans cared enough to vote.”

Cuban may have a bad rap for things he’s said in the past; however, he certainly does have a point here. After all, fans are allowed to vote as many times as they want; and only five players received more than one million votes (Steph Curry, LeBron James, Anthony Davis, Kobe Bryant, and James Harden).

This is extremely low for a sport with an international fan base. Major League Baseball holds a fan voting for its All-Star Game as well, and this past year the top vote-getter was Toronto Blue Jays outfielder Jose Bautista with almost 5.9 million votes. Steph Curry wouldn’t have even been a reserve on the MLB All-Star team with 1.5 million.

The NBA did have an explanation for the low totals: the league claimed that balloting was actually up 28 percent over last season, but the votes were much more spread out because for the first time ever every player was eligible to be voted into the All-Star Game.

Cuban suggests that not only should the coaches and general managers be selecting the teams but also 14 players should make the squad instead of the current 12.

Sure, the fan voting is a great way to get fans involved and let them try and send their favorite players to the big game; however, the fans clearly want no part of this system, and the ones that do continually vote players like Kobe Bryant into a starting position over young superstars like James Harden who have done more to deserve the honor.

It is important to note here that the fan voting is only for the starting lineups of each Conference. The coaches select the reserves for each Conference (two guards, three frontcourt players, and two wildcard players) based on each player’s stats, his overall impact on his team, and the team’s overall record and performance.

So, it is possible that Cuban is just mad that Dirk Nowitzki and Rajon Rondo won’t be starting in the All-Star Game; but at the same time there are a few other players that the fans seem to miss consistently. For example, once again Tim Duncan is not in the starting lineup for the Western Conference despite his amazing performance so far this season and his track record of overall excellence (including two straight NBA Finals appearances and an NBA Championship last season). Also, as mentioned earlier, Harden was not voted into the starting lineup despite leading the NBA in points per game. Obviously, Kobe Bryant is a great player; but he just doesn’t have the stats to warrant a starting position anymore. In this case, Bryant will be out for the rest of the season leaving the spot open to Harden.

Aside from the Kobe Bryant debacle and the low voter turnout, the fans did select very deserving players for the starting lineup. The New Orleans Pelicans young superstar and former first overall pick Anthony Davis was the top Western Conference frontcourt vote-getter and one of the five players with over a million votes. Last season Davis made it into the All-Star Weekend in New Orleans only because of the injury to Bryant; however, this season Davis is one of the top players in the NBA in scoring, and the only one of the top ten points per game leaders in the NBA to also make the top ten list for field goal percentage. Although the Pelicans are far from a big market team, Davis is finally getting the recognition and the credit he deserves for his work in New Orleans.

Personally, I don’t see the NBA getting rid of the voting system for the All-Star Game anytime soon. Sure, the fans might not turn out by the millions to vote for their favorite players; but at the same time it lets the fans have some say in what’s going on in the NBA. Getting rid of the voting system would lead to more criticism of the players selected and not selected, and it would probably outrage fans as well. So, at the end of the day the NBA is better off letting the fans vote, even if they don’t have the turnouts that the NFL and MLB have for their All-Star games.