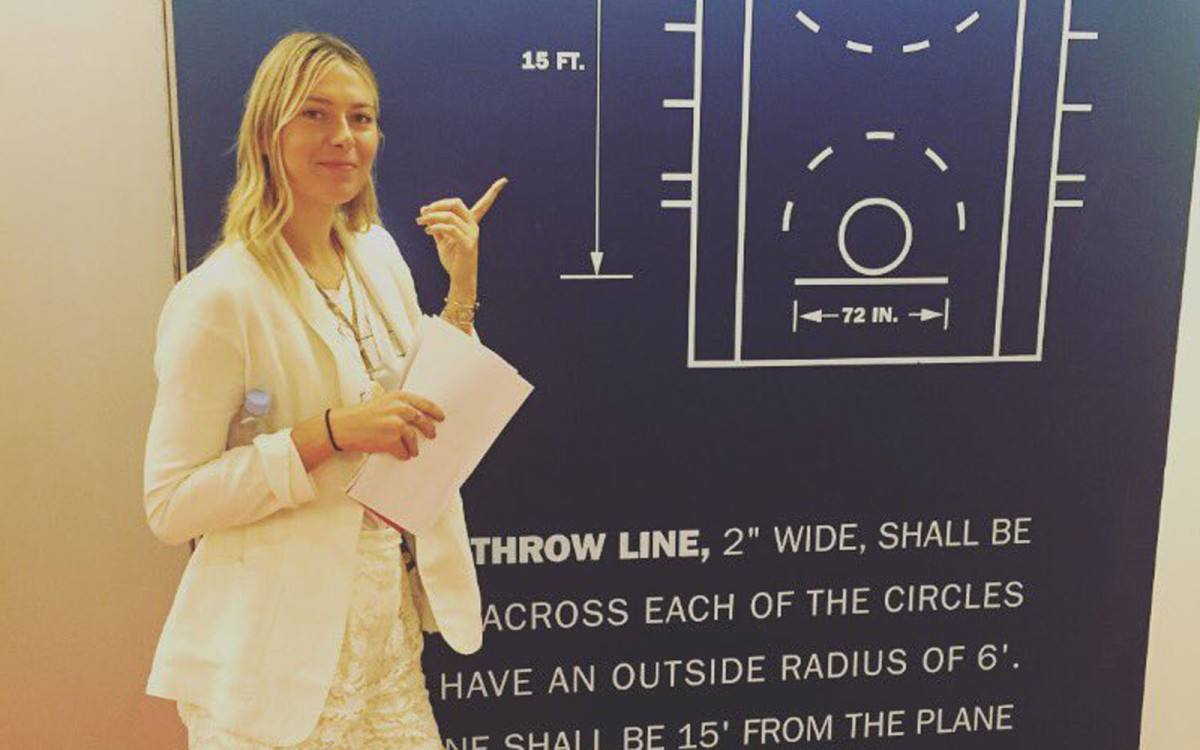 When a professional athlete retires, there’s often a period of trying figure out what else to do. All your time your whole life has been taken up by practicing, training, and perfecting everything. Now you have a lot of free time and (if you did it right) a small fortune.

I would imagine lengthy suspensions give the same sense of boredom at first (followed by the intense comeback preparation).

Five-time Grand Slam champion Maria Sharapova seems to be going through the “What Now?” Stage as her two-year suspension from tennis passes by. Sharapova tested positive for meldonium in January at the Australian Open. Though the suspension was controversial and Nike picked Sharapova back up after determining she didn’t intentionally break the rules, the International Tennis Federation upheld her two-year ban.

So what to do?

Well, Maria first tried to promote her candy company by temporarily changing her last name to Sugarpova. The Russian citizen who lives in Florida petitioned the state’s Supreme Court for a “quickie” name change. It would have gone back to Sharapova after the U.S. Open.

“Maria has pushed her team to do fun, out-of-the-box-type things to get the word out about Sugarpova,” said her agent, Max Eisenbud. “But, at the end of the day, we would have to change all her identification, she has to travel to Japan and China right after the tournament, and it was going to be very difficult.”

Maria failed to pull a Metta World Peace, but she did gain some business experience, taking a two-week course at Harvard Business School and interning with an ad agency, Nike, and even the National Basketball Association.

That’s right—Maria’s friend Sophie Goldschmidt used to run the NBA European office and put in a good word for the tennis star. Apparently, she’s not half bad at whatever she was doing.

“She took part in many of our department meetings to learn about the NBA operations,” said spokesman for NBA Commissioner Adam Silver, Mike Bass. “She’s very smart, incredibly inquisitive about our process and initiatives.”

If her return to tennis doesn’t work out, at least Maria has a promising career business. Maybe someone will pay a few hundred thousand to have the celebrity change her name for their business.