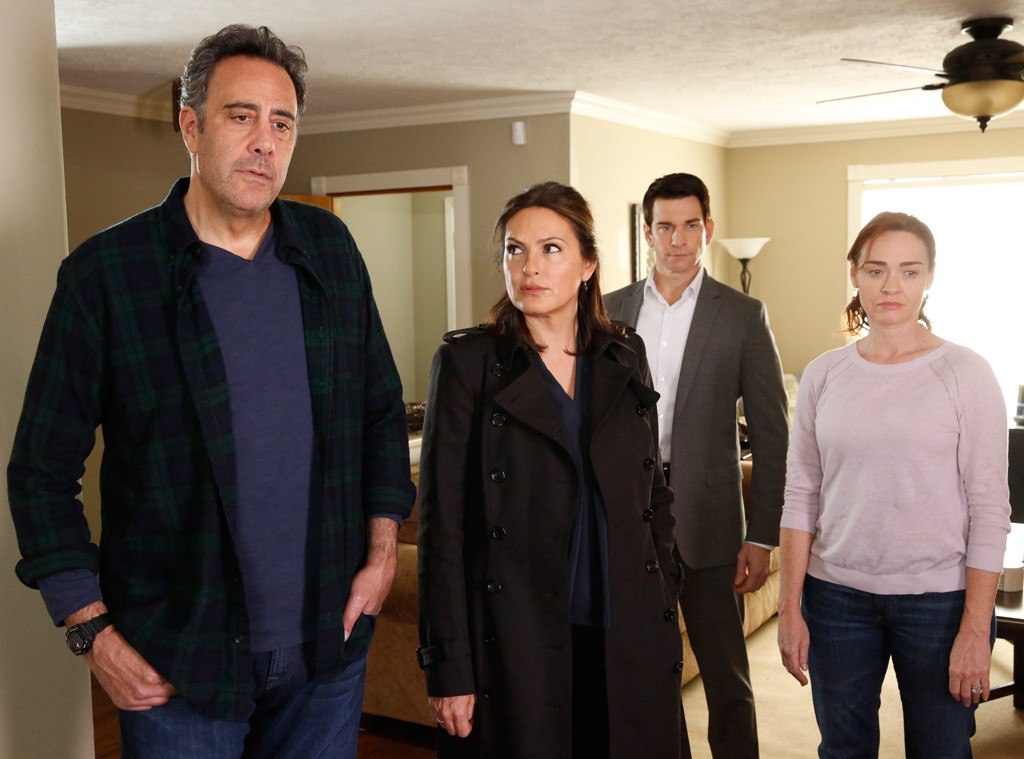 In the season finale of “Law & Order: SVU,” Munson’s rape trial continued. The judge set Munson’s bail. His wife Lisa told Benson she wanted him remanded and that she had taken Benson’s advice and gotten tested for STDs. After finding out she had one, contracted from Munson, she said she wanted him to think she was on his side until she was ready to leave him.

The going away party for Dobbs was held at the station, and they talked about Fin taking the Sergeant’s exam since Dobbs was transferring to the terrorism unit. Lisa called Benson and told her she needed help getting herself and their children out of the house before Munson returned home, having posted his bail. When Munson got home, he confronted Lisa and accused her of lying to him. He took her phone and saw that she had been talking to Benson.

Dobbs and Benson went to the Munson house, but Gary made her say she had overreacted and that she didn’t need them to come into the house. Dobbs took Munson into the kitchen, and Munson offered him a beer. Munson accused Dobbs of turning his own wife against him. Dobbs told Munson not to drag this out and to part with his kids on good terms. He told Munson his kids knew something was going on. Munson told his son to look after his daughter. Benson took the kids out of the house, and Gary pulled a gun on Lisa and Dobbs. Dobbs surrendered his gun while Benson was loading the kids in the car. When Benson tried to get back in the house, Munson told Dobbs not to open the door. Benson called Dobbs, and he put the phone on speaker. Munson said he was tired of women telling him what he needed to do. Munson asked Benson to take his kids away to someplace safe. He then told Dobbs to leave the house. Lisa tried to tell Munson she would stay with him, but he didn’t believe her. Dobbs told Munson he had options and that most correctional officers don’t go to jail. Munson said his wife and family were his whole life, and then he fired his gun. Dobbs was shot when Munson’s gun accidently went off. Benson said she left Dobbs in the house, so it was her fault he got shot.

At the courthouse, Munson’s attorney confronted Barba and told Baba that he didn’t want to take a correctional officer in front of the Supreme Court. Barba told him Munson was going on the city’s sex registry. In the elevator, Barba was confronted by an angry man and then the man fled the elevator. In his office, Barba told Sonny and Rollins what had happened. Rollins called Benson and told her they had a situation. Chief Dobbs arrived at Munson’s house and talked to Benson. 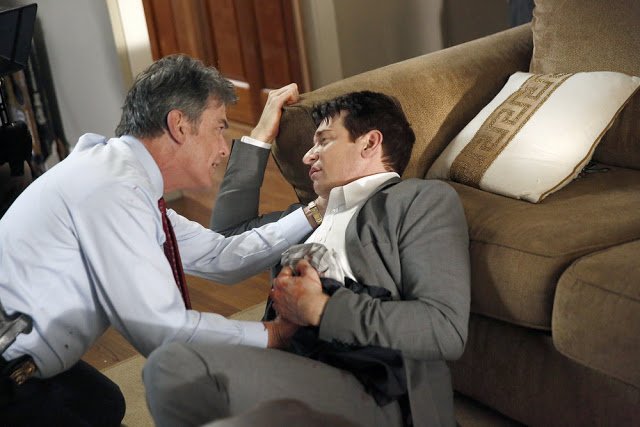 At the hospital, the doctor told Chief Dobbs and Benson that Sergeant Dobbs had lost a lot of blood and that he might want to call any family members that needed to know. After his surgery, the doctor told Chief Dobbs he could see his son. Dobbs immediately asked his father about Lisa and was told that she was fine, and he had saved her life. Alice, Sergeant Dobb’s fiancée, then arrived at the hospital to see him. Dobbs then took a turn for the worse and was taken for a CT scan. Afterward, he was declared brain dead, and his father broke down in Benson’s arms. Dobbs passed away and was given full police honors at his funeral.

After the funeral, everyone gathered at a local bar to remember Dobbs. Sonny told Barba that the man that threatened to kill him had been arrested. Chief Dobbs said his son knew better than to do what he did, but Benson said Sergeant Dobbs had just wanted to be like his father. Everyone in the NYPD cheered Dobbs.

Barba identified the man who threatened him. Sonny said now that Dobbs had passed he didn’t feel right about taking a position as a lawyer. Benson met with a therapist to talk about how guilty she felt over Dobb’s death. Her therapist told her to mourn the loss but not to judge herself because of it. He said no one could have predicted what was going to happen when Dobbs took the gunshot that ultimately killed him.

Benson’s boyfriend offered to take her to Paris so they could get away for a while.