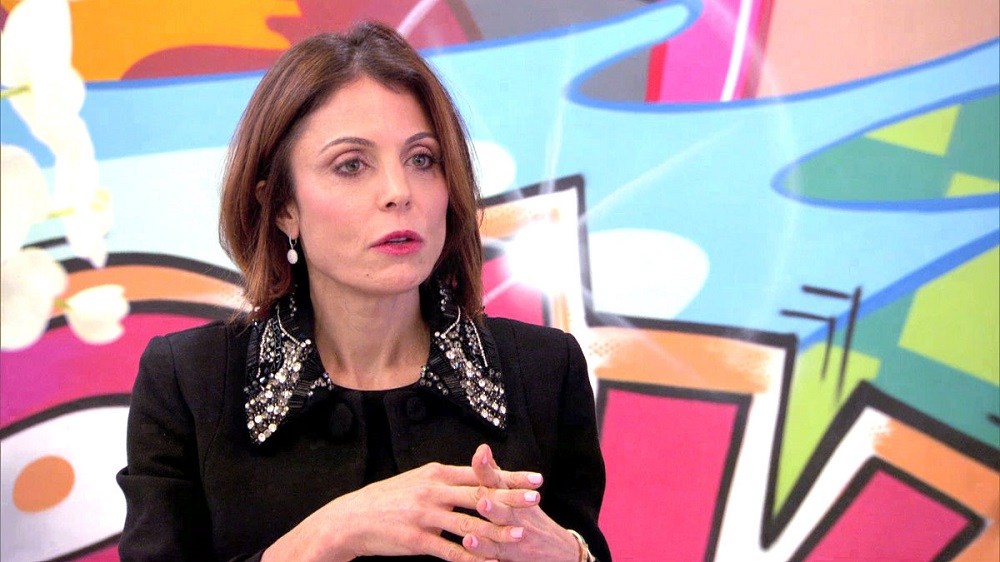 On this week’s episode of The Real Housewives of New York City “All the Countess’s Men,” Lu Ann decides to introduce her new boyfriend to Jules and Dorinda. In addition, the cast members make their way out to the Berkshires for a weekend getaway at Dorinda’s other home.

The episode opens up in a swanky furniture store, where Dorinda and Jules are seen shopping around for the day. While at the store, both of the women look for gifts to bring to Bethenny’s upcoming holiday gift exchange party. They end up talking about Dorinda and John’s party, which Dorinda had stormed out of after getting into a fight with both John and Ramona. In confessional Dorinda admits, “I don’t want to see Ramona, but I am going to [the gift exchange] out of respect for Bethenny.”

Later in the evening, Sonja and Lu Ann go out for drinks. In confessional Sonja explains that although she is rooming with Lu Ann right now, she barely sees her because of all of the men she is out-and-about with. Right away, Sonja and Lu Ann begin discussing Dorinda’s party. One of Lu Ann’s exes had been there and gotten kicked out for being too intoxicated. Lu Ann admits that her relationship with him didn’t end well, and that is why she bolted out of the party when she saw him. Sonja attempts to understand the extent of their previous relationship, but Lu Ann intentionally tries to play it off like it was just a one-night stand.

Bethenny’s holiday bash arrives, and several of the housewives arrive a bit early (not including Dorinda). Ramona takes Dorinda’s temporary absence as an opportunity to tell everyone about her experience at Dorinda’s party. Ramona blabs on about how John yelled at her and kicked her out of the event. Jules listens in but notes in confessional that Ramona is purposely leaving out half of the story. Nonetheless, the other ladies – particularly Bethenny – seem to enjoy hearing about John’s obnoxious behavior.

A little while later, Dorinda arrives at the party, and right away Bethenny notices how frazzled she looks. Bethenny proceeds to take her off to the side to make sure she is okay. Dorinda admits that she is feeling very “lost” and was extremely nervous before coming to the party. Bethenny politely tells her, “I think you need to spend some time, quiet and alone – I really do. I am not making this about John, and I don’t want to disrespect you, but you have not been taking care of yourself.”  Dorinda wipes off her tears and thanks Bethenny for her advice and kindness.

All of he ladies begin indulging in pancakes and caviar (apparently this is a thing?!), while Dorinda begins discussing the upcoming weekend gathering she is holding at her place in the Berkshires. Dorinda reveals that she is inviting all of the women except Sonja (as there is ample tension between Sonja and several of the other women – especially Bethenny). This prompts Carole to express hesitance, as she says she doesn’t want to be under the “same roof as Lu Ann.” Dorinda tries to comfort her and says that she will protect her from Lu Ann’s bullying.

Not too long after, Dorinda and Ramona finally have a one-on-one conversation. Ramona ends up apologizing and tells Dorinda that they will figure out a way to mend their friendship.

The next day, Sonja and Dorinda meet up and go for a walk. Surprisingly, Dorinda brings up the weekend gathering she is having at her Berkshires house – in which Sonja is not invited. Dorinda tries to spin it in a nice way, telling Sonja that she can come up after all of the other ladies leave so that they can spend some quality time together.  While Sonja doesn’t seem too pleased with Dorinda’s proposal, she agrees to it – even she can acknowledge that it’s probably not the best idea for her to be in a confined space with Bethenny right now (following the whole “Tipsy Girl” situation). 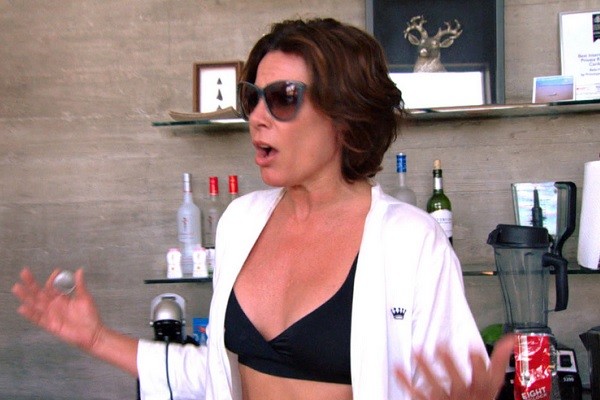 Next, Dorinda, Jules (and their men), as well as a few other friends go to dinner to meet Lu Ann’s new boyfriend Tom. The dinner conversation quickly turns into a mess of insults directed at Ramona (who, of course, is not at the gathering). In confessional, Lu Ann reveals that Tom is actually a friend of Ramona’s, but they have never been intimate with one another (pretty sure that would be a deal breaker for Lu Ann). A few minutes later, John makes a joke about Lu Ann’s voice sounding “moist,” which triggers a table full of weird looks (especially from Dorinda). Needless to say, Dorinda is lucky that Ramona and/or Bethenny weren’t there to hear John’s awkward comment, as they would never let him (or Dorinda) live it down.

At the end of the episode, Dorinda is seen getting her Berkshires home ready for her holiday girl’s weekend. Ramona is the first one to arrive and is promptly given a lecture by Dorinda about how her Berkshire house is a “sanctuary”, and there is no drama allowed in it.

The next two guests to arrive are Lu Ann and Jules. Lu Ann talks to Dorinda about her decision to not invite Sonja. She explains that while Sonja understands the reasoning behind it, she is still hurt and feels left out. Dorinda tries to further justify the decision, saying, “She really does not need to be around alcohol and it would not have been good if Bethenny had come and dismantled her.”

Bethenny finally arrives and joins the other ladies in conversation. Lu Ann mentions her new boyfriend, who Bethenny adamantly believes used to date Ramona. While Lu Ann claims that he and Ramona were never romantic with one another, Bethenny says in confessional that she saw Tom and Ramona on a date together.

To end off the episode, Bethenny and Lu Ann get into a massive argument surrounding Bethenny’s “Skinny Girl” empire. Lu Ann says that she helped formulate the idea, and Bethenny got the credit, as she was the one who actually brought it to fruition. However, Bethenny completely denies this and claims that she had discussed the idea with Lu Ann, but ultimately she came up with the whole concept.

You can catch the rest of the Lu Ann vs. Bethenny showdown on the next Real Housewives of New York City, which airs Wednesday, June 1 on Bravo.

The tension between Lu Ann and Bethenny continues to rise. Meanwhile, more drama between the ladies sends Dorinda into a full-on breakdown.