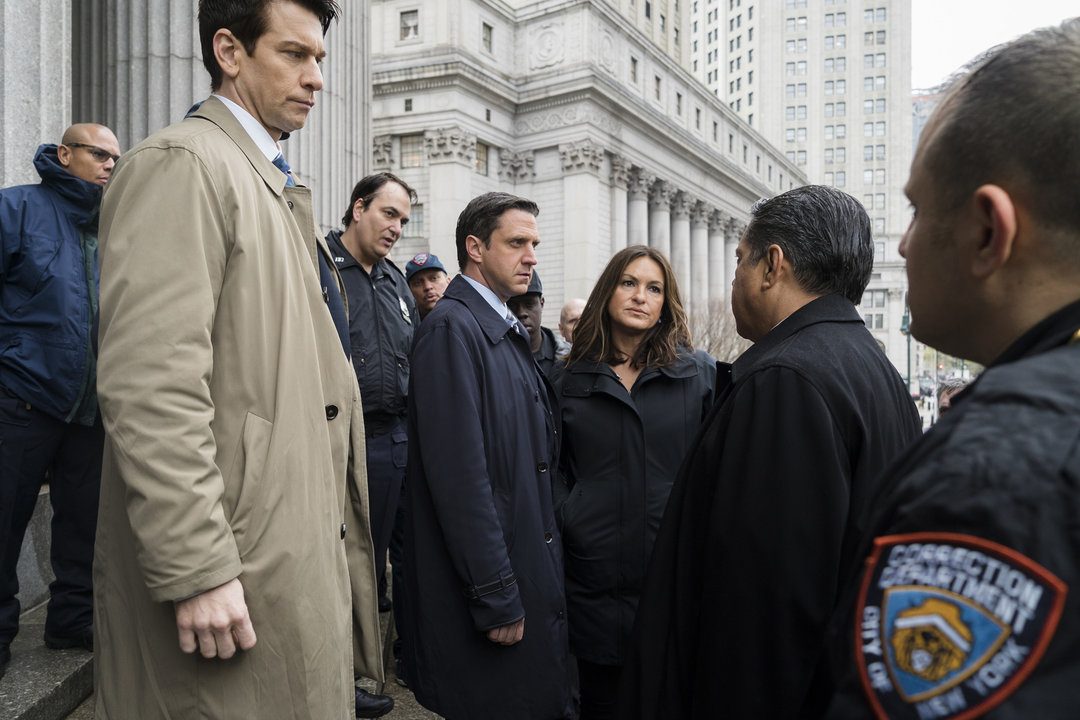 On this week’s episode of “Law & Order: SVU,” Sonny found out that he passed the bar exam to become a licensed attorney. Benson then said that Dodds was being transferred to the Joint Terrorism Unit of the NYPD. Benson offered to take Sonny, Rollins and Fin to lunch to celebrate Sonny passing the bar, but Fin said he couldn’t go because he had to meet with his son Ken.

Charisse, a former inmate, was out of prison and walking through the city when Gary, a corrections officer started following her and asked her if she was carrying an open container of alcohol in the paper lunch bag she had in her hand. He pulled over and told the woman to get in his car. When she complied, he put his hand on her leg suggestively.

When Fin met Ken for lunch, Ken told him he and his boyfriend Alejandro were starting a family. He told Fin they found a surrogate mother, and she was three months pregnant with their baby. He then got a call from Charisse saying that Gary has raped her. When he told Finn, Finn called Benson.

Charisse said that Gary had been sexually assaulting her when she was a prisoner in Rikers, where Gary worked. She said the gangs and correction officers run the prison, and everyone knows it.

Barba told Benson and Fin that investigating this case was a bad idea because Rikers correctional officers have a tight union, and it is difficult to get justice when a crime takes place there. Benson said they could spin it that they were investigating a drug ring.

Dodds and Fin went to Riker’s Island to begin their investigation. They asked to see security footage of the corrections officers handling female inmates. Sonny and Rollins spoke to a correctional officer who said that any male prisoners that were complaining about their female correctional officers were lying. Fin and Dodds then spoke with Gary, and he rifled through paperwork for prisoners he had been assigned to. Gary told Dodds his father-in-law knew Dodd’s father, the Chief of Police.

Security footage from Rikers showed that Gary had done the same things to other inmates that he did to Charisse. Fin then got a message from Ken saying Charisse had been arrested. Gary told Dodds and Sonny that everytime Charisse opens her mouth she lies.

Fin and Benson questioned Charisse, and she said Gary assaulted her again. She said she got arrested because her boyfriend had a joint on him. Sonny then told Dodds and Barba they had security footage of what happened when Charisse was arrested. Dodds said Charisse and her boyfriend were targets for the cops once Charisse started cooperating with the NYPD. Barba said he would try to get bail reduced for Charisse and other women who were arrested on minor charges. Barba got the women out on R.O.R.

Charisse told Rollins she would not testify in court against Gary. All of the other women Barba got released from Rikers wouldn’t testify against Gary either. Fin then found out from Ken that Charisse had gone missing. Benson and Fin found Charisse in a park, and she told them the charges against her were all false. Finn told her if she fled the city she would be charged anyway.  Benson told Charisse to stick around and fight for her kids.

Charisse called Gary to come meet her and secretly recorded their encounter while Benson watched from a distance. Gary took her into a basement and pinned her against a brick wall, making it impossible for Dodds and Benson to see anything on the streaming video. Benson figured out that Gary knew Charisse was wearing a wire for the police. When Charisse used the safe word, home, Fin barged in on her and Gary and pointed his gun at Gary. Dodds then arrested Gary for attempted rape.

Benson and Barba questioned Gary, and he said Charisse came on to him, not the other way around. Barba told Gary if he pled guilty to raping Charisse they wouldn’t charge him for sexually assaulting other Rikers inmates.

In court, Gary pleaded not guilty to charges of rape and attempted rape. Gary’s lawyer said he was being victimized by career criminals. The judge set a $200,000 bail for Gary. Lisa, Gary’s wife, called Benson out on declaring that her husband was a rapist. Dobbs contacted the Terrorism unit, and they gave him proof that for five weeks in a row Gary had been driving in the neighborhood where a halfway house Charisse had been living in was located.

The team went to Gary and Lisa’s house to search for clues and Benson told Lisa the children should be taken out of the house while they searched it. Benson told Lisa to get tested for STDs because Gary had been raping women. A female corrections officer from Rikers, Orita was suspected of covering up Gary’s crimes. When they questioned Orita she was told they suspected time card violations were taking place among Rikers officers. Benson accused Orita of being Gary’s lookout at Rikers. Oriat told Benson the sister of one of the Rikers inmates had been assaulted by Gary. 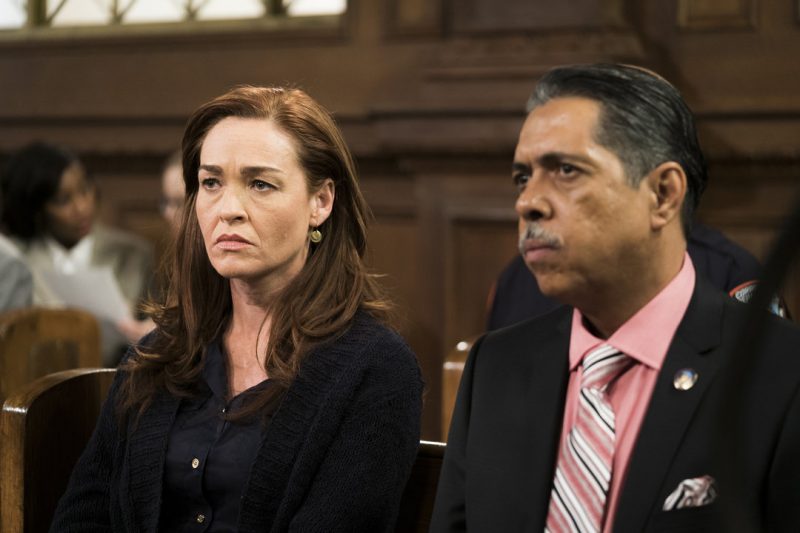 Corrections officers from Rikers confronted Barba and Benson as they left the court. One officer said that prisoners would no longer testify for the police if charges against Rikers were proved to be true. A man in the crowd then threatened to kill Barba.

The story will be continued in next week’s episode.