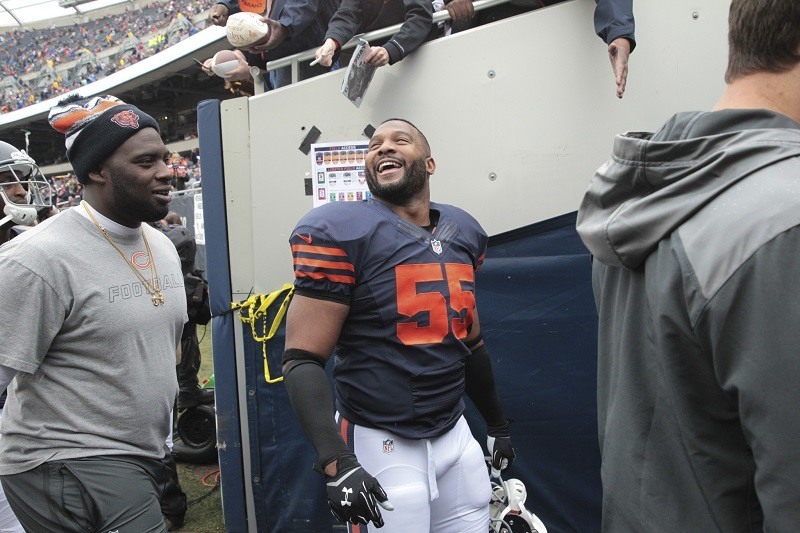 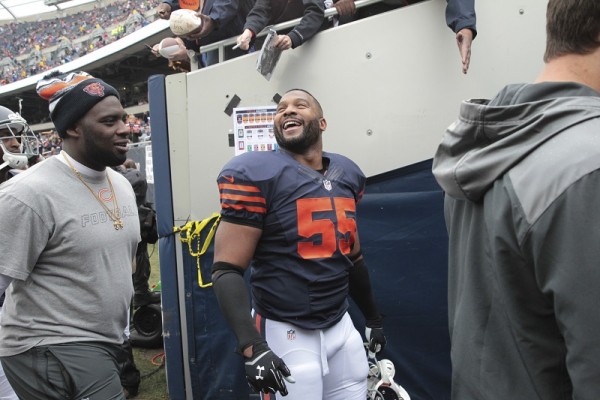 Briggs, the 68th pick in the 2003 NFL Draft, played every down of his career for the Bears, helping bring the defense in Chicago back to the form of their glory days not too long ago. Brian Urlacher and Briggs were the leaders of Lovie Smith’s new “Monsters of the Midway” which reached its zenith around the middle of last decade.

Urlacher, Briggs, safety Mike Brown, defensive tackle Tommie Harris, and cornerback Charles Tillman were actually so perfect together that they were able to lead the Bears past the New Orleans Saints in the 2006 NFC Championship Game and all the way to a Super Bowl XLI appearance against Peyton Manning and the Indianapolis Colts…with Rex Grossman at quarterback.

Unfortunately, the Bears history of subpar quarterbacks kept closed the championship window that the defense was so desperately trying to pry open.

Although he never won that ring, Briggs still accomplished a lot. Briggs is retiring second in Bears’ history in tackles and fifth in games played. Briggs also holds the NFL record for the most stuffs—tackling a rusher for a loss—in league history at 83.5.

The 34 year old won’t just be sitting at home counting his money however, as he has already accepted a job with Comcast SportsNet Chicago as a TV analyst for the Bears.

“This was the right decision for me,” said Briggs. After suffering through injuries and missed games over the past few seasons, Briggs knew it was about time.

Will it be considered bad educate for a linebacker to make fun of his former quarterback? Then again, it’s gotta be hard to find something good to say about Jay Cutler these days.