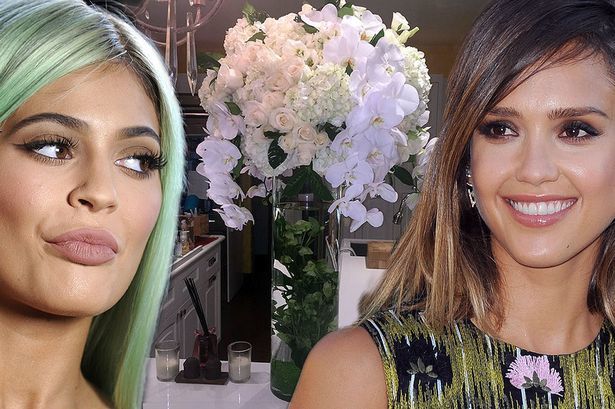 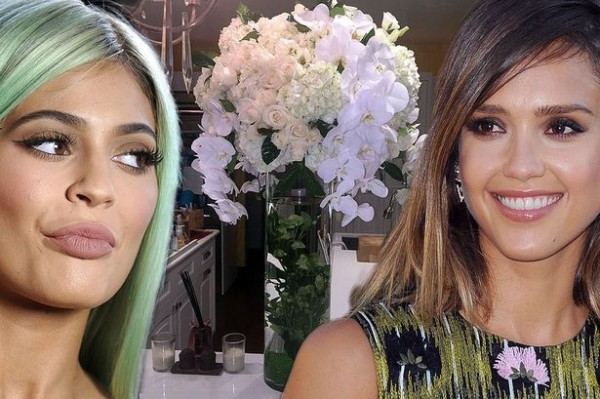 Earlier this week actress Jessica Alba, 34, appeared on Andy Cohen’s Watch What Happens Live, where she explained how she got body-checked by Kylie Jenner’s security team.

Jessica told host Andy Cohen that she was at the Opening Ceremony runway show at New York Fashion Week, when she was shoved by two of the 18-year-old reality star’s bodyguards.

Jessica explained, “[The shove] was by two of [Kylie’s bodyguards].” I was like, “Whoa! Whoa! What’s happening?’ I thought there was like a fire. ‘What’s going on?’ But I guess someone was leaving the building. So yeah, I don’t know. It was really shocking.”

Although Jessica was taken back by the situation, she did reveal that she didn’t blame Jenner for it, as she mostly likely “[didn’t] know when it was happening.”

However, Kylie seemingly caught wind of the story as she sent a gift as an apology to Jessica. On Friday, Jessica shared on Instagram a picture of a vase filled with white roses, orchids and hydrangeas. Along with the picture, Jessica wrote a caption thanking Kylie saying, “Wow! Came home to the most beautiful flower tree I’ve ever [seen]! Thank you [Kylie Jenner] you are a sweetheart!! So thoughtful.”

Wow! Came home to the most beautiful flower tree I've ever 👀! Thank you @kyliejenner you are a sweetheart!! So thoughtful.

The View continues to make headlines this week.

Youtuber Nicole Arbour, who became known after she posted the controversial video “Deat Fat People,” was a guest on the talk show this week. After her appearance Nicole did an interview on SiriusXM Radio’s Opie and Jim Norton Show, where she claimed that the hosts (particularly Michelle Collins) continued to bad mouth nurses backstage. Nicole alleged, “When the cameras weren’t rolling, Michelle [Collins] was like, ‘Yeah, that’s not a real profession. They’re wannabe doctors.”

However, since Nicole made these claims the shows network (ABC) has come rushing to Michelle’s defense. An ABC representative stated that Nicole’s story was completely falsified, saying:

If this is true, it means that Nicole was lying and trying to further drag out the nurse controversy that Michelle Collins and fellow host Joy Behar faced this week (after they poked fun at Miss America’s job as a nurse). Some believe this may be the case, as Nicole may be trying to take some of the heat off of her following her “Dear Fat People” video, which caused huge public backlash. On the other hand, the ABC representative could very well be continuing the damage control that has been going on at The View the last few days.