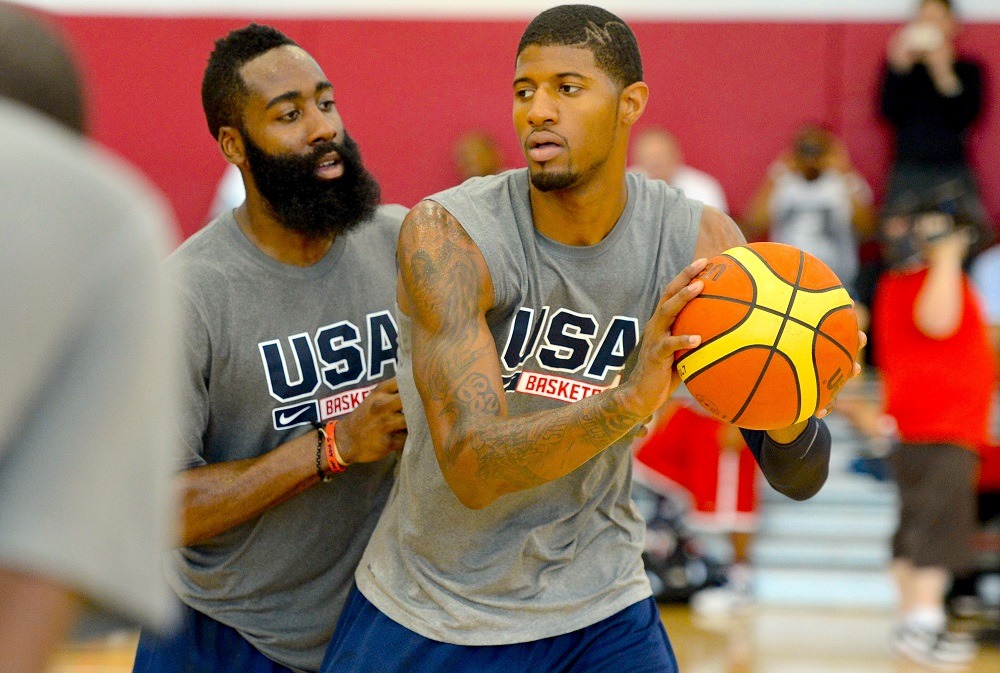 With Indiana Pacers superstar Paul George RSVPing and NBA champion Kyrie Irving giving a nod, the Team USA roster for the 2016 Summer Olympics in Rio is ready to go.

For Carmelo, this summer is a chance to be the first basketball player to win three gold medals.

For George, it’s an opportunity to show that he’s bounced back even stronger. The last time he wore a Team USA jersey, he snapped his leg in the USA Basketball Showcase scrimmage back in August 2014.

“I was just hesitant on the simple fact that the past couple years has obviously been tough for me—just felt like I didn’t have enough time to myself and time to recover and you know, give my body a rest,” said George on returning to Team USA. “I didn’t want to jump out of a season, jump right into the Olympics. But I think I kind of said that too prematurely.”

For Irving, this summer is a chance to follow up an NBA Championship with a gold medal. Doesn’t get much better than that.

Head coach Mike Krzyzewski of Duke will hold a four-day camp in Las Vegas before the five exhibition games, starting July 22 against Argentina.

With the 2012 games in London and the 2008 games in China, it may have been difficult to catch the games. Rio is only two hours ahead of the United States, so hopefully the times will be a little better.

If you haven’t watched Team USA Olympic basketball before, you’re missing out. It’s an absolute slaughter. It’s everything you would imagine the best players in the world doing to amateurs. Alley-oops, crazy blocks, the whole nine yards. It’s fantastic. And the best part is, you’re practically guaranteed a win.