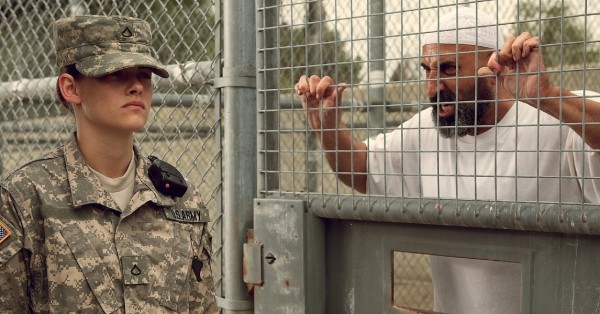 Yes, everyone’s had something critical to say about Kristen Stewart over the past few years, but it looks like she’s trying to dispel some myths in her latest film ‘Camp X-Ray‘; mainly that she can act after all. We’ve all had plenty to say about her performance in ‘The Twilight Movie’ franchise, not to mention the sadly forgettable ‘On the Road‘.

Peter Sattler’s ‘Camp X-Ray’ hit the Sundance Film Festival to mixed reviews, but Stewart was able to use the platform as a sort of acting rebirth. Her latest role gives her a chance to show that she can play tough as nails gritty women. Obviously this choice worked as Variety compared her to Jodie Fosters star turn role in ‘The Silence Of the Lambs’. 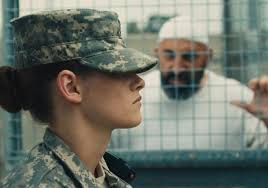 Here’s a full description of the film to give you a better idea of this one. It probably will only be released in select cities, but you can be sure the studio (IFC Films) will push Stewart for awards season as this is the type of role that gets them. At least this time around, no one will have to worry about Robert Pattinson taking the focus off her film.

[box border=”full”]A young woman joins the military to be part of something bigger than herself and her small town roots. But she ends up as a new guard at Guantanamo Bay instead, where her mission is far from black and white. Surrounded by hostile jihadists and aggressive squadmates, she strikes up an unusual friendship with one of the detainees. A story of two people, on opposite sides of a war, struggling to find their way through the ethical quagmire of Guantanamo Bay. And in the process, they form an unlikely bond that changes them both.[/box]

Christopher Nolan is leading the charge against Warner Bros putting movies out on HBOMax, and Netflix won't be changing The Crown.
Read more
Movie News