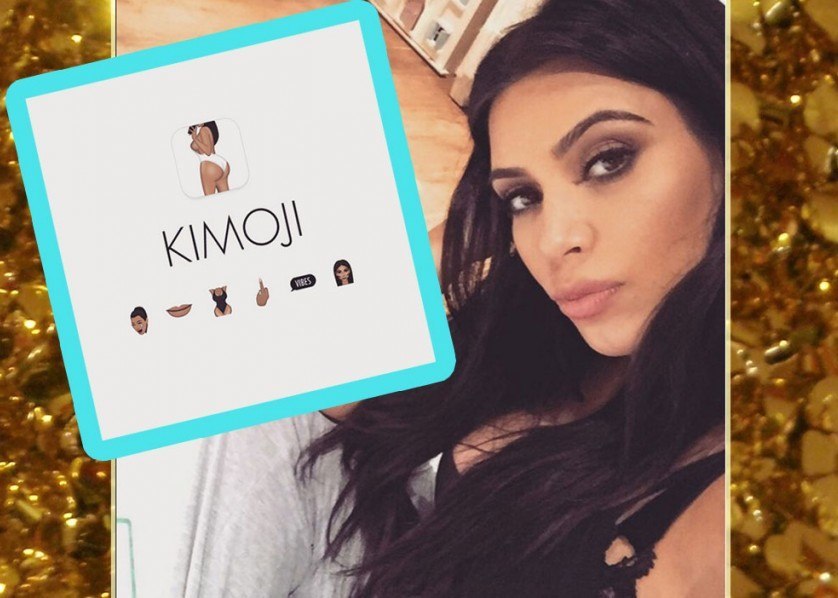 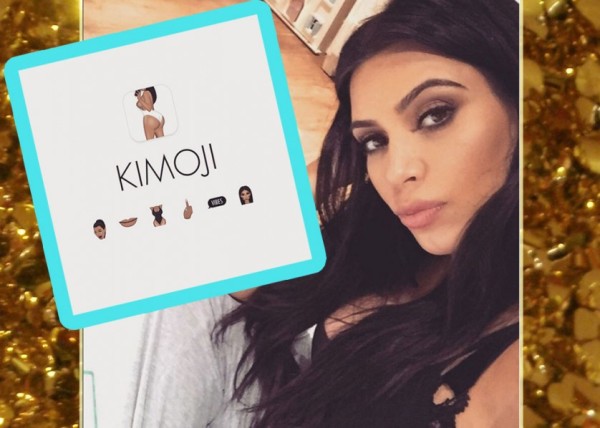 If you thought it was already hard enough to escape the world of Kim Kardashian, I am afraid it just got that much harder. After hitting 55 million followers on Instagram, Kim decided to gift her fans with the “Kimoji.”

In a series of Instagrams, Kim revealed that she would be releasing an app that allowed people to incorporate various Kim inspired emojis into their everyday text messages.

While the majority of them are just based off of some of Kim’s most famous assets – including her backside, her lips, her makeup – Kim also pokes fun at herself by incorporating a few priceless emojis to the mix, including a cartoon of Kim’s now infamous crying face and a Jesus emoji – obviously in reference to her husband, Kanye (aka Yeezus). In addition, if you are one of the many people who are dying to get your hands on a pair of Yeezy Boosts but can’t justify paying over $500 for them, you are in luck! If you purchase Kim’s latest app, you will gain access to an emoji that is made to look just like grey Yeezy Boosts.

Basically, the Kimoji app is everything you would expect from the over-the-top reality star – including phrases like “basic,” “shade,” “lit,” as well as cartoons of censored nudity, a well-manicured middle finger and waist trainers.

For just $1.99, you will gain access to 250 Kim-themed emojis that will undoubtedly make you the envy of all your friends – or the most hated.

Apple, I'm so sorry I broke your App Store!!! 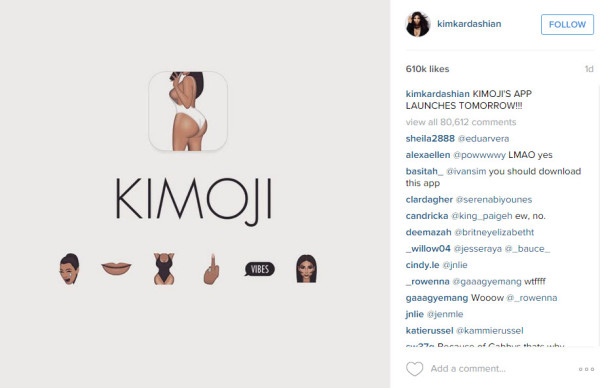 Kim got a nice ego boost as her app wound up busting the Apple Store as the response was so overwhelming, too many people tried downloading it at once. The Apple Store was unable to handle that Kardashian tidal wave and crashed.

Response was so much it was measured at 9K downloads per millisecond. Khloe Kardashian tried to break the internet over the weekend with some naked shots hoping to get fans to download her app, but she’s got a lot to learn from sister Kim in that department. 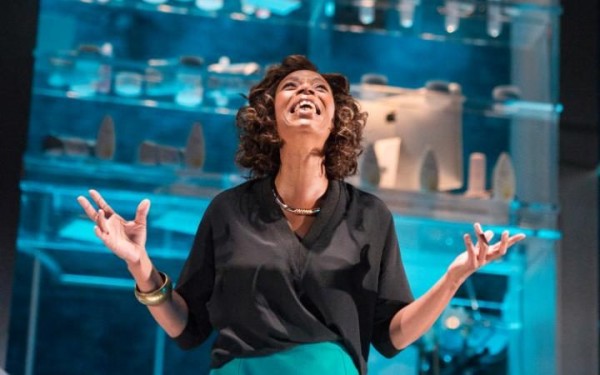 While most of Hollywood is getting slammed for not including enough diversity within their cast members, Harry Potter author J.K. Rowling was shocked to see the complete opposite happening after it was announced that Hermione would be played by a dark-skinned South African actress.

Recently, the casting for the upcoming play Harry Potter and the Cursed Child (which is based on Rowling’s original story) was released, and it revealed that actress Noma Dumezweni had gotten the role of Hermione Granger. In the movies Hermione was portrayed by fair-skinned British actress Emma Watson, so many fans were taken back by the play’s decision to cast Noma.

When fans began criticizing the casting and saying that she didn’t fit the role based on her appearance, Rowling was quick to defend Noma. In a tweet, Rowling referred back to the original series and simply stated, “Canon: brown eyes, frizzy hair and very clever. White skin was never specified. Rowling loves black Hermione.”

Fortunately, although there was some backlash to the casting announcement, there were also plenty of fans that expressed the same outlook as Rowling and were excited for Noma to take on the role.

One fan cleverly pointed out, “Interesting that some people find a black Hermione Granger harder to believe in than, you know, magic spells…”

Interesting that some people find a black Hermione Granger harder to believe in than, you know, magic spells…

Harry Potter and The Cursed Child will be debuting on June 30, 2016, at the Palace Theatre in London.