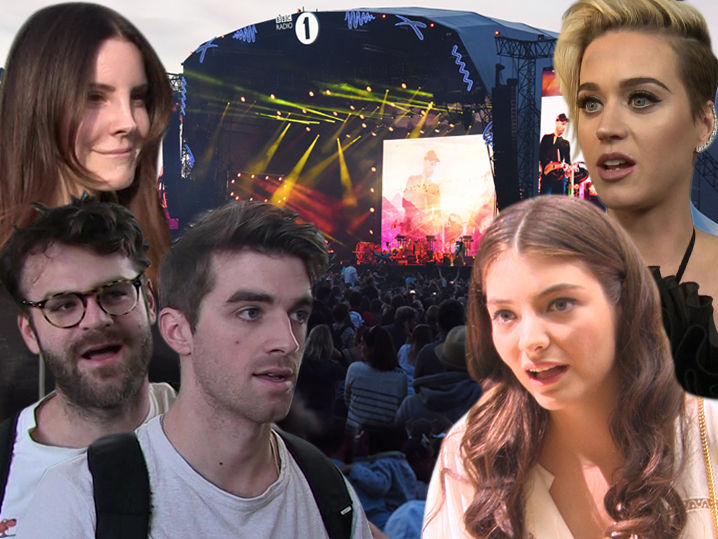 Following the horrific tragedy that took place in Manchester over the weekend, numerous stars are banding together to show their solidarity with the victims and everyone (directly and indirectly) affected by the fatal bombing.

As you’ve probably heard by now, 22 concertgoers leaving a leaving an Ariana Grande concert in Manchester, were killed by a bomber. Unfortunately, the attack has many frightened for their well-being, particularly those in the UK. However, several big-name stars are bravely looking past these justified fears and have committed to going forward with their scheduled performances at a show performing at the British music festival, Big Weekend. 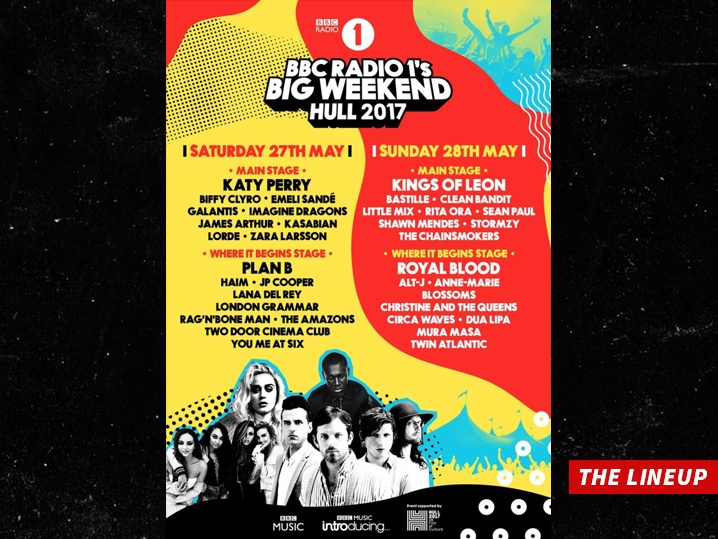 This upcoming weekend, singers such as Katy Perry, Lorde, Lana Del Rey, Chainsmokers and Shawn Mendes, are scheduled to perform at BBC Radio 1’s music festival “Big Weekend.” According to sources close to the event, all of these artists are planning to live up to their commitments and perform for their loyal UK-fans. With that being said, the stars’ teams are all coordinating with the venue and the event’s staff to make sure that there is ample security and precautions put in place. Media outlet TMZ just recently reported that the festival is expecting nearly 50,000 attendees, despite the recent attack on Manchester Arena.

Meanwhile, the attack has deeply affected young singer Ariana Grande, who had just left the stage when the bomber killed nearly 2 dozen of her audience members. Just days after the attack, Ariana’s team announced that the star has decided to suspend her concert for a few weeks while she recovers from the trauma stemming from the horrific event.

Needless to say, our thoughts are with all those affected by the terrifying attack. 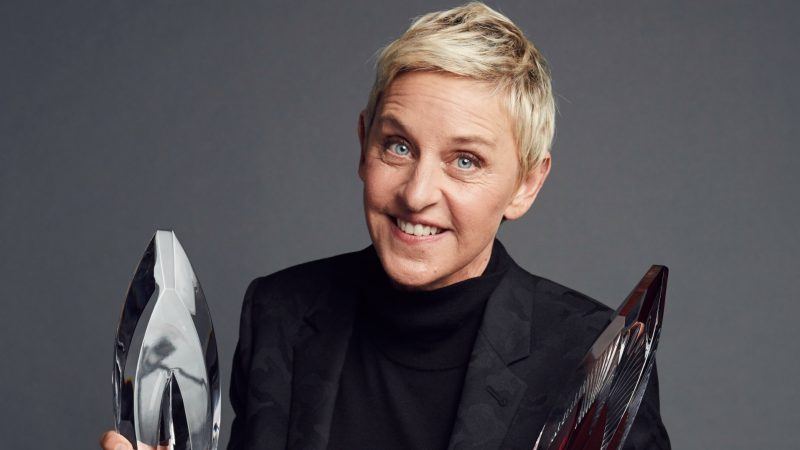 With a television show, a best-selling app, various department store lines, amongst countless other ventures, there is no doubt that TV personality Ellen DeGeneres already has her hands full. However, this isn’t stopping the 59-year-old star from undertaking yet another gig. In fact, on Wednesday, Ellen surprised her loyal fans by announcing that she will soon be filming another laugh-filled show.

While talking to her viewers on the most recent Wednesday installment of her daily talk show, Ellen revealed that she has partnered up with online streaming site Netflix to develop her very own stand-up special. The comedian gushed, “Earlier this week, I got a Tweet from the people at Netflix, and I have good news and bad news. The bad news is they wouldn’t tell me what happened to Barb on [the Netflix hit show] Stranger Things, but the good news is they asked if I was interested in doing a stand-up special. I said I’m going to have to think about it and then 30 seconds later I said yes. Exciting.”

After announcing her big news, Mrs. DeGeneres went on to say, “It has been 15 years since I did a stand-up special. 15 years. And I’m writing it now; I can’t wait. I’ll keep you posted when and where I’m gonna shoot my Netflix special. And now, each one of you…you get to Netflix & chill with me. How about that?”

Ellen will be joining a long list of established comedians who have had the opportunity to film stand-up specials for Netflix, including Amy Schumer, Bill Burr and Aziz Ansari.

“Silicon Valley” star TJ Miller parasailed into Cannes for Sony’s “The Emoji Movie” — and told us he’d been kicked out of a casino in Monte Carlo.

He said of his flying arrival, “It’s what we call in the industry a ‘publicity stunt,’ and it’s basically a big middle-finger emoji to the pretension that can be a little bit much sometimes within the context of this festival,” said Miller of the snooty Cannes fest.

At a Moschino and Magnum bash, Miller, accompanied by his wife, Kate Gorney, wore a yellow tuxedo with emojis on it.

“They kicked us out of the Monte Carlo Casino,” lamented Miller, “They told us to get the hell out of there, and they felt we were acting a little bit ‘aggressive!’”

Artist Gorney added, “We didn’t have our passports. We were enthusiastic about their architecture.”

Miller adds of Instagram stars at Cannes, “Whether you want to be open to it or not: commercial art, selfies . . . those are all things that are an important part of the future so, ultimately, thank you for having us and letting us play dress up. We love your festival.”

Miller will also be leaving “Silicon Valley” for Season 5 though. “The producers of Silicon Valley and T.J. Miller have mutually agreed that T.J. will not return for season 5,” HBO said in a statement. “In Erlich Bachman, T.J. has brought to life an unforgettable character, and while his presence on the show will be missed, we appreciate his contribution and look forward to future collaborations.”

News of Miller’s departure comes mere hours after HBO renewed the tech-spoofing comedy for another season and halfway through the show’s fourth season run. The series, run by Mike Judge and Alec Berg, has been a critical hit since its debut in 2014, winning two Emmy awards along the way.