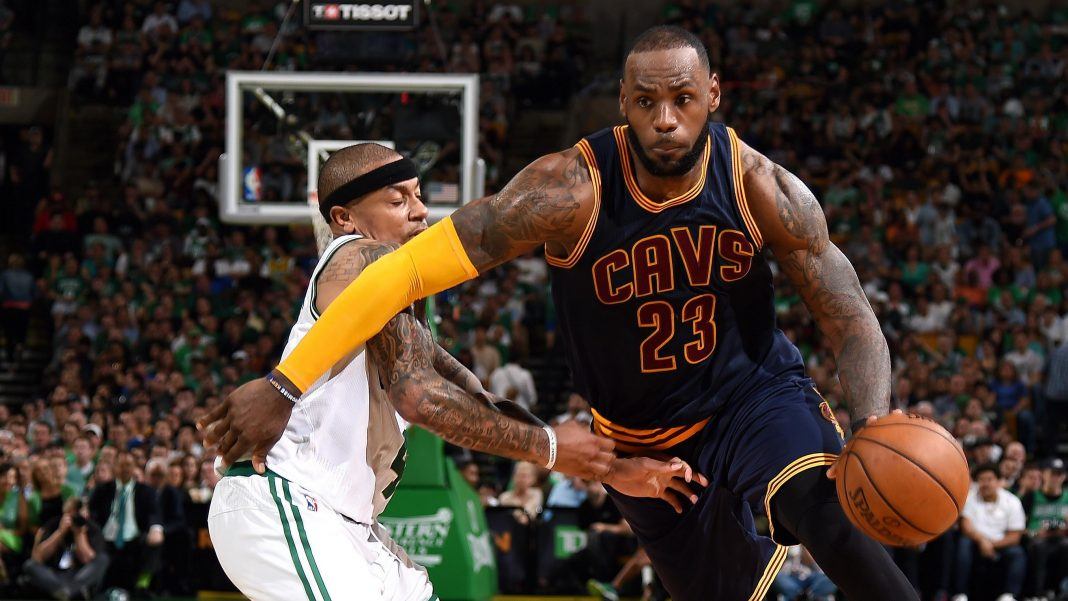 If you were on Twitter during Game 4 of the Eastern Conference Finals, you probably heard all about LeBron James and his missed dunk and lackluster first half.

What you probably didn’t hear about was his 34 points that helped the Cleveland Cavaliers take a commanding 3-1 lead over the Boston Celtics as the series shifts back to the Boston.

You see, LeBron struggled in the first half. Or, at least, he struggled by LeBron definition. The problem is, when we analyze LeBron, it’s so easy to notice the bad halves and the bad games because there are so few of them.

If you can consider 34 points bad, that is. Oh, and he didn’t tell us, but he was sick.

“I know he won’t talk about it, so I’ll give my big guy a shout,” said teammate Richard Jefferson. “Deron Williams missed shootaround this morning because he had like a little bug, really lethargic, had no energy. And I think that’s what ‘Bron had. And sometimes these little bugs can go around. And he was like, dude when Deron didn’t show up shootaround, it kind of started clicking in his head. Because for him it was like, ‘I don’t know why I was so lethargic, why I had no energy, I had nothing.’ And so, these little things happen. [There] was no panic. Look, he was lethargic, they hit a bunch of tough shots, if Marcus Smart doesn’t go 7-for-10 from 3, then we’re not even talking about it.”

LeBron’s four fouls in the first half certainly didn’t help, but he adjusted quickly. No one knows what his team needs to win more than James.

“I don’t think I’ve ever had four fouls in a game before in the first, so my rhythm is kind of broken,” said James. “You’ve got to figure out ways you can still help the team, and my teammates said, ‘Be aggressive. Be you.’… In order to be successful, you have to defend, especially against a team like this who move the ball, share the ball, move bodies, and they are very precise with their offensive sets. You have to defend, and that allows us to get out to our best attribute at times, and that’s the get out on the open floor.”

Kyrie pitched in, leading the Cavs in scoring to help them move within one game of a third-straight trip to the NBA Finals. Of course, if they want a second-consecutive ring, LeBron will need to be in top shape come Game 1.