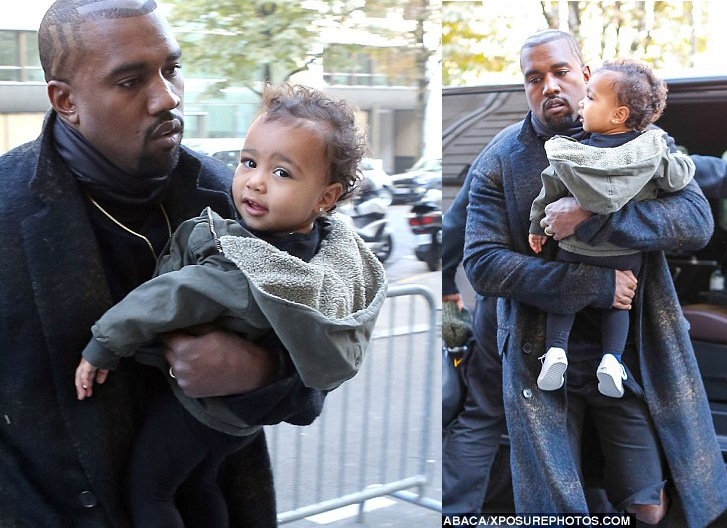 Well people, it looks like we may know the reason for Kanye West’s series of social media tirades and just all around erratic behavior – North West isn’t his child.

Okay, so we don’t know that to be exactly true, but we do know that the rumors about that possibility have picked up steam, and he’s not taking it well. And whom do we have to thank for bringing the issue of North West’s paternity to the forefront- Scott Disick.

Supposedly, according to Hollywoodlife.com, Scott is helping Kanye cope with the reality that North may not be his child. Since he too went through a similar situation with Kourtney Kardashian over the paternity of their son Mason, he knows what Ye is going through. This is, of course, according to a source, who spoke with HollywoodLife.com exclusively.

“Scott has been through the exact same thing, so he’s helping Kanye deal. He’s the only one who can understand how it feels to have these kind of accusations out there. He totally understands why Kanye’s upset, but he told him he’s better off ignoring the rumors.”

There is so much to this story and with the revelation that there are indeed doubts about North’s real daddy, it may be the reason that Kanye has been off the rails lately.

I mean think about it. He is married to a woman who brings more attention to herself than pretty much any celebrity alive right now, and that pressure can get to anyone for sure. Then, add to that the rumors that the sweet baby girl he’s known as his daughter for the last three years may be another man’s? That would drive anyone to act up. Oh yea, plus his piece of work mother in law; it’s a wonder he hasn’t lost it sooner. 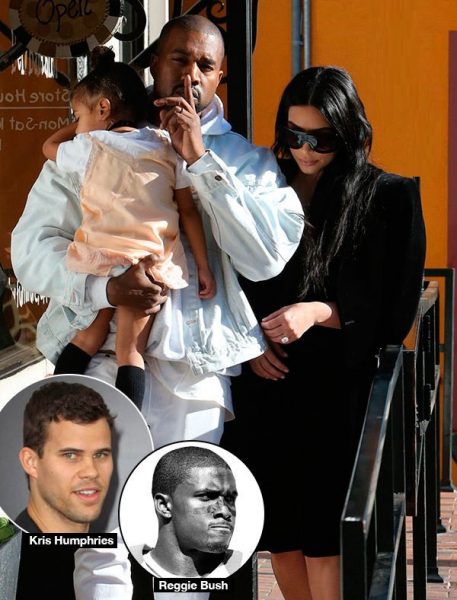 The accusations are all over the place. People are saying that Kim wanted a baby, but Kanye didn’t so she implanted embryos she previously had frozen from an ex-lover. Others are saying that the socialite stepped out on her man and thus we have North West. An “insider” told Hollywood life,

“He’s [Kanye] furious about this rumor and he wants to do something about it, but at the same time he doesn’t want to get sucked into the negativity, he’s in a tough spot.”

I previously wrote about the need for the Chicago rapper to seek professional help, as he seemed to be having a mental and emotional breakdown not too long ago. After hearing about this, my concerns and assumptions make sense. Considering Kanye’s history, I would not be surprised if this drama was the breaking point for him; the thing that pushed him over the edge.

When you consider all of the negative news about his relationship that’s been in the press lately, it does all adds up. There have been countless stories about Kim K. and Yeezus getting a divorce. There are also stories that have finally moved out of Kris Jenner’s house into their own home in Brentwood, which is definitely a load off I imagine. While that probably alleviates some of the pressure he feels, there is still the gloom of his daughter’s paternity hanging in the balance. Who wouldn’t pop off on social media?

Now, I am going to play the devil’s advocate here and throw something out there. North West is a beautiful child and in my view, the girl looks like Kanye. So what if this rumor is just another one of Kris and Kim’s ploys to get attention and create a storyline for their reality TV show Keeping Up With The Kardashians? Oh, don’t look at me like that! It is pretty much fact that the momager signed the contract with Vivid Entertainment for the release of Kim’s sex tape nearly ten years ago. Knowing how she rolls, I don’t put a damn thing past these women. Factor in the widely believed notion that the Kardashians are man-eaters; I would not be surprised if this were all a farce. Why Kanye would be in on it, I am not sure, but given that he was in desperate need for the feel of a family after his mother died, maybe he doesn’t want to lose the semblance of normality he has with his children and wife. But again, that is just me postulating.

Kanye will probably not respond to the rumors publicly or maybe he will. It really is up in the air with him. This is def a sticky situation.