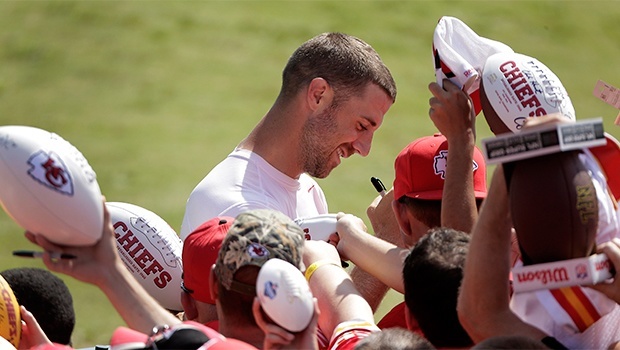 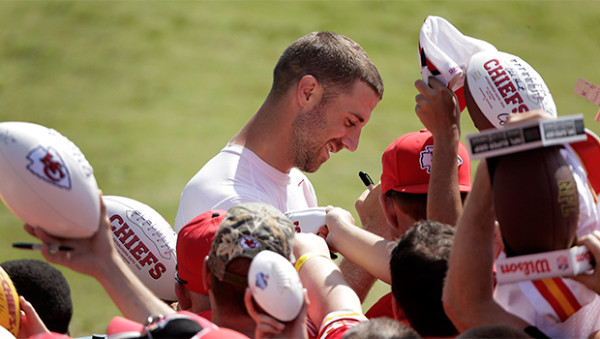 After looking like one of the best teams in the NFL in 2013, the Kansas City Chiefs struggled to a 9-7 finish this past season. The Chiefs were the only team to defeat both the New England Patriots and the Seattle Seahawks in 2014, so they clearly have potential; but before they can make it to the next level they have quite a few holes to fill.

The Chiefs offensive ineptitude was bad pretty often this past season. Andy Reid truly believes that Alex Smith can lead this franchise to and throughout the playoffs; but a Kansas City wide receiver hasn’t caught a touchdown since the end of the 2013 season, making Smith’s job even more difficult.

Basically, the Chiefs came into this offseason desperately in need of a go-to receiver for Smith and an offense line that can keep him on his feet. Justin Houston was franchised tagged, so at least they didn’t have to worry about that.

Reid and company did a great job of attacking these two glaring needs. First, they brought in wide receiver Jeremy Maclin who was pushed out of Philadelphia with the whole Chip Kelly-gone-crazy situation over there. The team released Dwayne Bowe the same day. Bowe was the best receiver on the roster, but that wasn’t saying much after this past season.

The very next day, the team brought in offensive lineman Ben Grubbs by sending a fifth-round draft pick to the New Orleans Saints. Grubbs isn’t coming off his best season, but he is still one of the better veteran guards in the NFL; and giving up a fifth-round pick is the best deal possible for a guard of his caliber.

Despite their great offseason, the Chiefs made some questionable decisions in the NFL Draft, starting with their first round selection of Marcus Peters out of Washington.

Peters was a fantastic coverage corner for Washington, one of the best in college football; but he was dismissed from the team due to his inability to get along with coaches and other team officials. This is a huge red flag, but Andy Reid personally visited Peters’ hometown leading up to the draft; and he must have really liked what he saw to take a gamble like this in the first round.

More recent reports indicate that Washington head coach Chris Petersen simply refused to deal with Peters or anyone else who didn’t buy into his newly-implemented system, but that still does not absolve the young cornerback. Being dismissed from the team is the most severe punishment a college athlete can receive, so putting all the blame on Petersen is clearly leaving something out.

The bottom line is Peters is an extremely talented corner with top-10 potential. Peters is good friends with Marshawn Lynch, so if the Seahawks running back can keep him on track, Reid may have gotten a great deal for his 18th overall pick.

With their next two selections, the Chiefs brought in guard Mitch Morse out of Missouri and wide receiver Chris Conley out of Georgia. Both of these picks address the Chiefs immediate needs, especially Morse. 49th overall was a little early to take a center or guard, but Morse is a player who can compete for a starting position this season and potentially be a solid contributor for years to come.

Overall, the Chiefs definitely could have done worse. They addressed their biggest needs, and on top of that they improved their defensive secondary. The team may not have done enough to compete with the Denver Broncos for the division title, but they will surely be able to keep up with the San Diego Chargers and the other teams competing for the AFC Wild Cards.