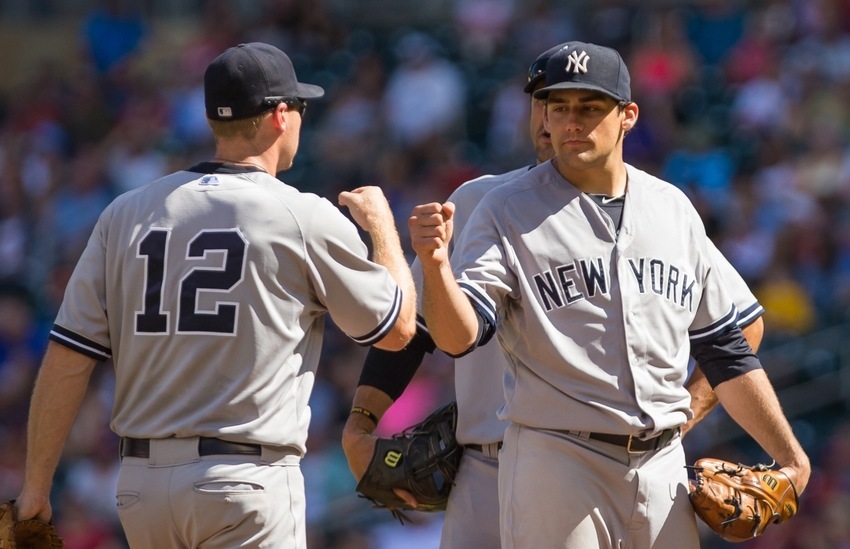 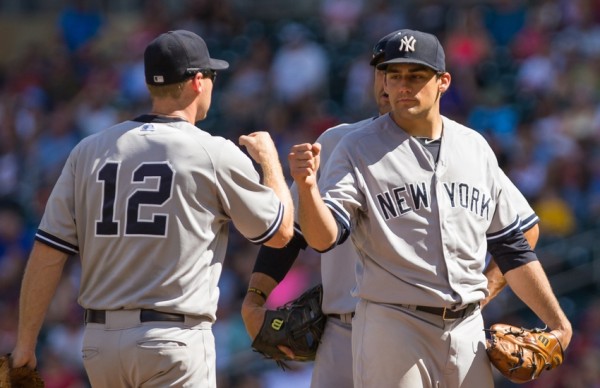 The Major League Baseball action continues to heat up around the American League as four teams continue to battle it out for the best record. These teams include the New York Yankees, the Kansas City Royals, the Los Angeles Angels and the Houston Astros. Currently the Royals hold the best record in the American League at 60-38 entering Tuesday Night.

The Royals have been hot of late winning three straight as well as seven of their past ten to move their lead to eight games in the American League Central. The team opened up the week falling to the Pittsburgh Pirates 10-7 before taking the next two games. In those two games the Royals pitching dominated as they held the Pirates offense to just two runs.

After taking two of three, the Royals fell to the St. Louis Cardinals in a one game makeup before losing the opening game of a three game series with the Astros. The winning would return as the team started their current three game winning streak. The first two of those three wins came against the second place Astros holding them to just two runs over the final 18 innings before taking game on against the Cleveland Indians on Monday.

Now we have a chance to take a look at all three of the American League Divisions after another important week of baseball is in the books.

American League East: The Yankees continue to be the team to beat in the American League East through the last week of July after the team’s third straight win. The win on Monday Night against the Texas Rangers pushed the Yankees record to 56-42 for the season and keep their current lead to seven games over both the Toronto Blue Jays and Baltimore Orioles.

Last week the Yankees continued their hot play as the Orioles came to town looking to make up ground on the first place team. Instead the Orioles would head to Tampa Bay failing to pick up a win losing all three games. In the three game series the Yankees managed to hold the Orioles to just eight total runs not allowing more than three runs in any given game. The team would follow up the sweep by taking two of three against the Minnesota Twins before Mondays win.

While the Yankees have been hot, the Blue Jays might be even hotter as the team elected to trade Jose Reye and prospects to the Colorado Rockies on Monday. The move in return will send All-Star short stop Troy Tulowitzki to Toronto to form one of the best lineups in all of baseball. On the field the Yankees managed to go just 5-5 over their past ten games including just 3-3 last week against the Oakland A’s and Seattle Mariners.

Rounding out the rest of the American League East is the Tampa Bay Rays at 50-51 then the Boston Red Sox at 44-56 after losing eight of their past ten games.

American League Central: In the Central, the Royals continue to look over their shoulder as they have built an eight game lead over the second place Twins. Much of the separation has come over the past ten games as the Royals have won seven of those games while the Twins are just 4-6 in that same stretch of baseball.

The Royals also made a big splash last week to acquire one of the games top starters from the National League in Johnny Cueto. Cueto who picked up his seventh win of the season on Saturday for the Cincinnati Reds, will make his first start this coming week for the Royals. While the Royals have entered the trade deadline as buyers the one question many wonder is if the Detroit Tigers will elect to sell.

The Tigers currently sit 12.5 games behind the Royals and hold just a game lead over the Chicago White Sox in the standings. Over their past ten games, the Tigers have managed to win just three games splitting a series with the Seattle Mariners before losing two off three to the Red Sox before losing Monday to the Rays. Another few loses this week and we could see both David Price and Yoenis Cespedes depart before the weekend.

Rounding out the American League Central is the red hot White Sox who have won five straight games entering Tuesday Night while the Cleveland Indians sit in last place after losing five straight.

American League West: out West, it continues to be a two team race between the Angels and Astros for the top spot. Currently the Angels hold a slight one game lead over the Astros after winning seven of their past ten games. That being said those three games came in their last four losing the last game of  three game series to the Twins before losing the first two against the Texas Rangers.

Both of these teams have been busy hitting the trade market as the Astros were able to acquire hometown starter Scott Kazmir while the Angels add both David Murphy and David DeJesus to add some left hand presence in their lineup. Kazmir was brilliant in his first start on Friday Night for the Astros going seven innings allowing zero runs while striking out three picking up his first win with the team.

The rest of the American League West have struggled to play winning ball for a long period of time. This has landed the Rangers in third place at 47-51, the Mariners in fourth place at 46-54 and the A’s at 44-56. Outside of the top two teams this might be the biggest disappointment division in all of baseball as many expected all three of these teams to have played winning ball to this point.

Stay tuned to see which teams make the biggest splash before the trade deadline this week!