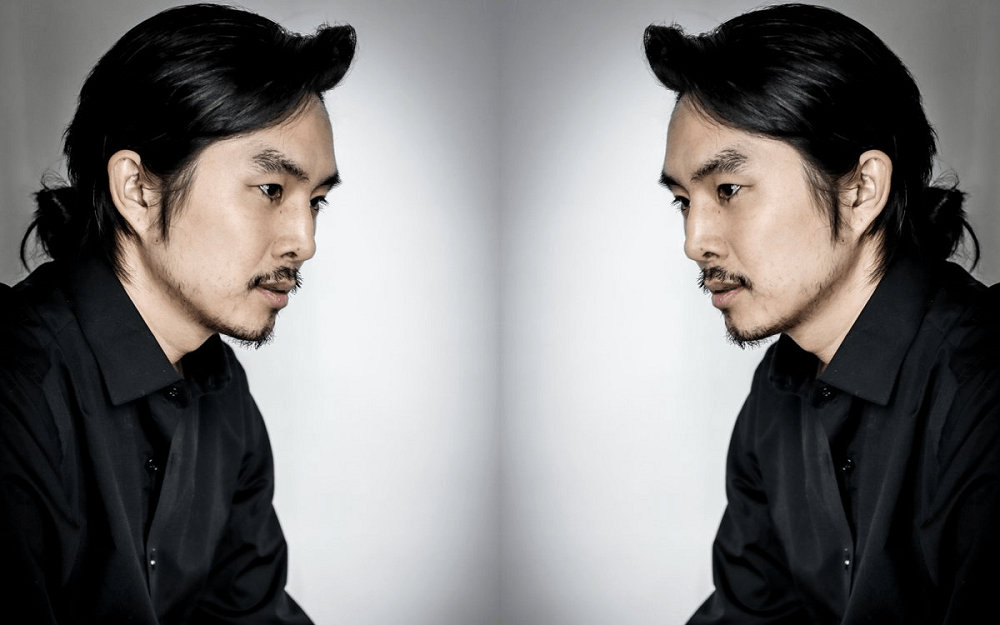 It usually takes most people a long time before they are ready to expand to a variety of different jobs in their field. Hollywood has recently seen a major influx of actors also becoming directors and producers, which has allowed for a new wave of refreshing perspectives in cinema. One of those do-it-all artists is actor Justin Chon. He may not be a household name yet, but he might just be heading that way soon. He has an impressive resume that includes the Twilight Saga film series, New Girl and USA’s House. He’s also starring in the new horror film, Satanic, alongside Modern Family star Sarah Hyland. Not only that, he’s already directed two feature films and currently entertains the masses with a hit Youtube channel that he uploads to daily. Doesn’t this guy seem like an A-lister already?

As you can see, he’s a fascinating artist working in Hollywood right now. And I was lucky enough to have a phone conversation with Chon, in which we discussed a grocery list of topics.

If you weren’t already wowed by the previously mentioned accomplishments, Chon recently wrote an essay that made it onto the NBC website back in March. Beforehand, the Asian-American actor had been subjected to a very racist audition that took advantage of his native background. Since he is a major advocate of giving everyone a voice in society, he decided to write that phenomenally powerful (and important) essay. If you’re interested in learning more about a very underappreciated actor, take a peek at our interview below. 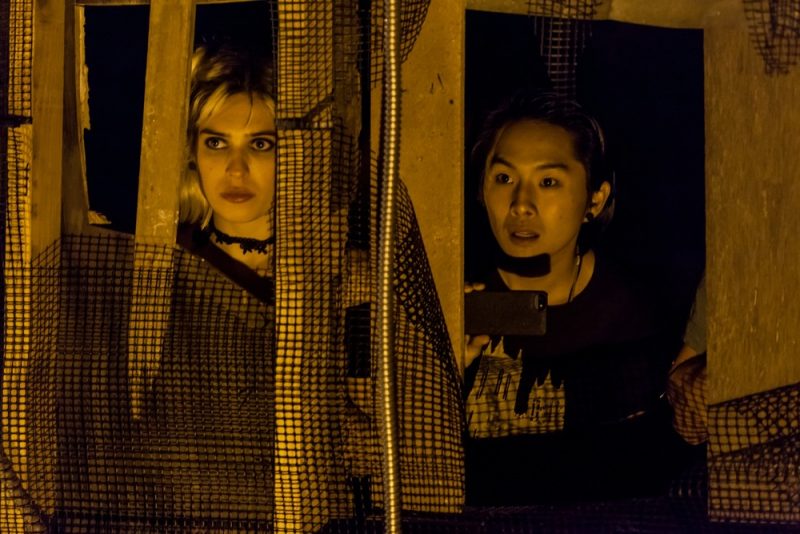 So how did you get involved with Satanic? Did you pick it out or did someone find you?

Director Jeffrey Hunt had seen one of my films a while back. So, I went in one day and met with the producers, and it really just started out that way.

Is doing something like Satanic as exciting as playing Eric in Twilight? Are both just roles to you or is there a different approach you take to playing them?

Everything I do I get very excited about. But Twilight really is an entirely different animal from anything I’ve ever done. What was great with Satanic was that I had never worked with Sarah [Hyland] or Jeffrey, so that was a very new thing for me. And what drew me to Satanic was the character. I’m very sensitive to race, and he’s kind of a cool character that I just felt very drawn towards. What was interesting is that he is very into computers. I’m not computer savvy or anything like that. But it was still a very interesting process in playing that character. 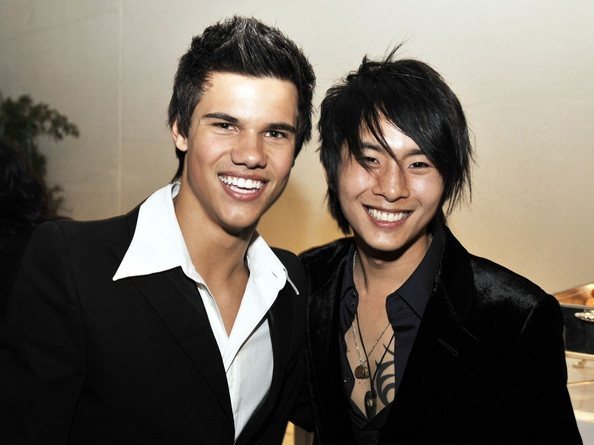 Is it intimidating to be in a big movie like Twilight that’s seen all over the world by so many people? 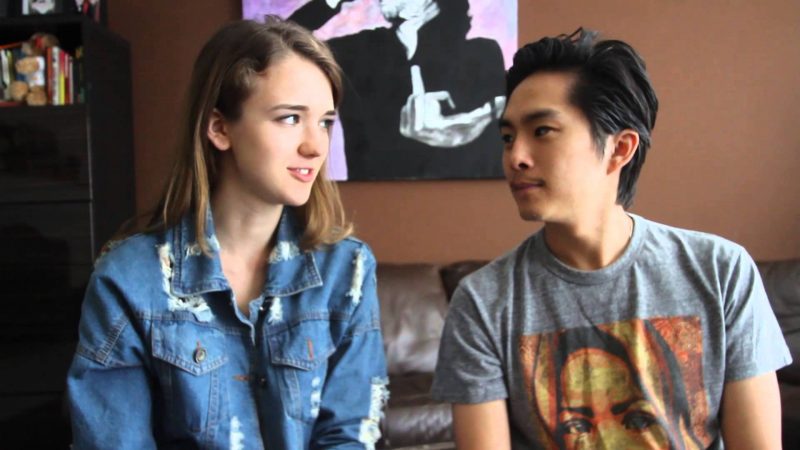 Something else that I was interested in was your Youtube channel. There aren’t many actors out there who do something like showing off their inner lives when they’re off screen. What inspired you to do that?

I’m lucky because I have a lot of friends who have big Youtube pages. I’m very interested in Asian-American Youtubers. And I just was doing my thing around them, and they were doing their thing around me. It all started from that, I think.

We live in a different time now. I’m traditional actor. That’s my jam. And the only way that we can keep going is to self-create. You know, I just did a film this summer that made it into Sundance. I’m very proud of that. I just love the process of it. In terms of privacy, I’m not Tom Cruise or Brad Pitt—I’m not at that same level, so I don’t require that level of privacy that they do. So, I’m perfectly willing to show my personal life to people. 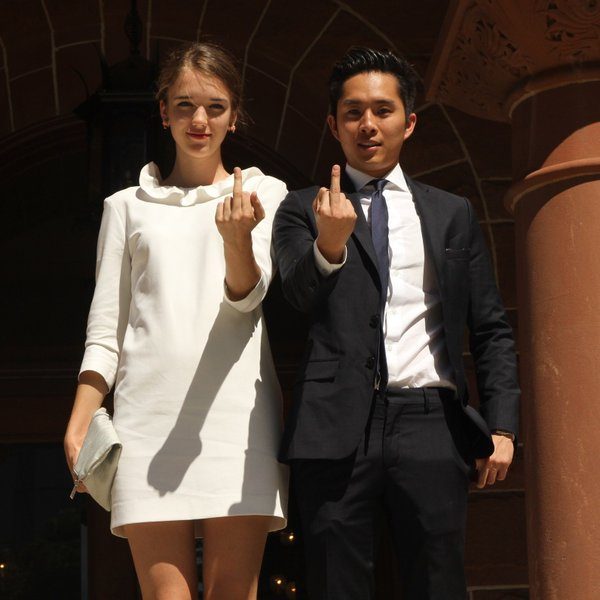 Any ideas for what videos you will do next?

Well, I just recently got married. So it was actually something for her. She’s Russian. I ended up teaching her to edit. We just started working together and recording things we did. I mean, it’s a business for some people. But for me, it’s an outlet. I just started blogging one day. I do it because I feel inspired to. Inspiration is what really makes it happen. Because, you know, for some of those Youtubers work is like a factory. They have one video a week, or some Q&A. That’s all it is. They want to make money. I just like to do it because it’s fun. I’m not trying to make tens of thousands of dollars or anything from doing it. 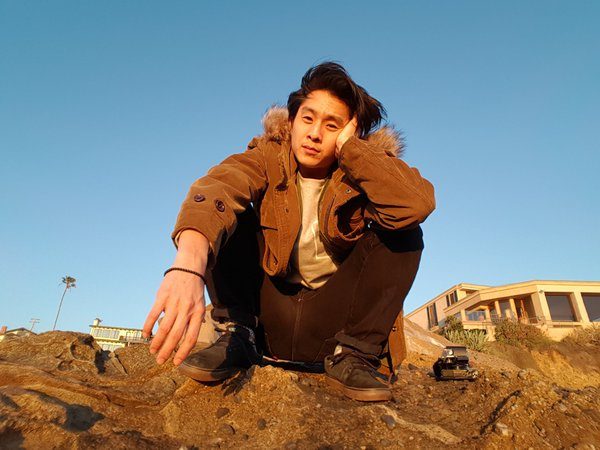 I also wanted to ask you about the essay you wrote concerning racist casting and stereotyping? Is that something you felt you just had to do to let people know that was going on?

Sure. It was like what we were just discussing with the Internet and Twitter. Those devices are the ways that allow people today to have a voice. And it’s important to me for us all to always have a voice, share opinions, and to express ourselves.

For my essay, I never signed up to be an activist or anything. I’ve been acting for fifteen years, so it’s kind of unavoidable. But the audition just looked bad. It was poorly handled. But I didn’t [write the essay] to hark on that particular show or something. Like for people that read my article, it’s more about showing that we should create and put out content. Doing something like this allows us to inundate society with various cultures and ideas that we have never been able to before.

Do you still ever run into those situations now?

I had a certain feeling when I went in [to that audition]. They allowed me to do an interpretation of the character. But since it was a network television show, and network television does what makes people comfortable, I had to do a lot of Asian-y stuff—I was eating something that was very stereotypical. And if that was done to an African-American, that company would be slaughtered. I mean, the script didn’t say I had to do an accent. There was nothing about that. People ask you to do a “European” accent. But what does that mean, you know? Do I do French, German? No, they just asked to do an Asian accent. Like, what the fuck is that? I don’t know; it was just all very poorly done.

Well, moving on to just the normal movie set experience. Do you feel comfortable with the moviemaking process? You have been working for so long, but do you still get nervous when you go in?

I almost always feel comfortable on set. I could always try to not feel comfortable, but I don’t think that’s necessary. I mean, every set is different. There are different mechanics that go about putting the product together. But it’s just a part of my job, I guess. I have an idea of what I want going in. Also, the not knowing is what makes every experience so fun for me. You don’t know what will happen, which is something I really enjoy.

It’s great when everyone is open to various ideas. I mean, there will always be those insanely talented people who have their very specific thought process, and have an exact idea of what they want. And that’s all right as long as the situation warrants that type of behavior. 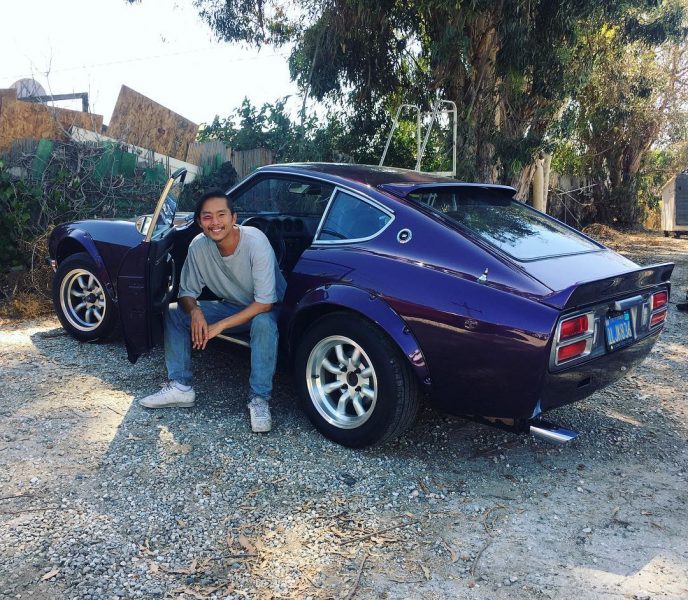 I love acting. That’s why I’m in this business. I think I will always try to direct. I love it because I get to do a story that I want to see on screen. But I can only handle one directing job every few years because it’s such a long process. I can act in a few films a year and then do direct something sometime in between. That’s the way I prefer to do it. 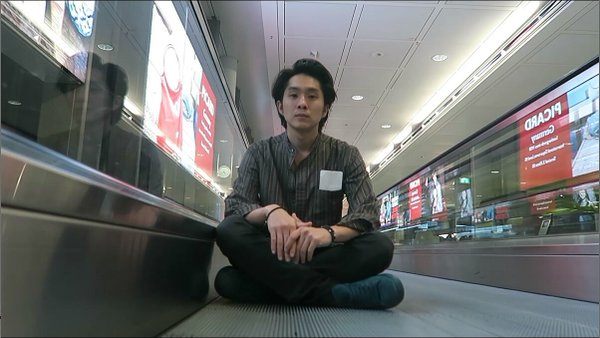 Finally, just in general, is there a director or actor you would love to work with someday? Who would it be if you had to choose one?

Gosh, there’s so many. I do love Sean Baker, who did Tangerine. His style is just amazing and all over the place. I’m very excited for his new movie with Willem Dafoe.

An actor that I would love to work with is Mark Ruffalo. I actually met him a while back before he was famous and everything. I was an extra on a film he was in; I walked up to him and introduced myself, and he was just such a natural guy. His style is really natural and genuine. I am a huge fan of his.

One movie I really loved him in was Foxcatcher. Did you catch that one?

Oh, yeah. He was fantastic, just brilliant in that one. 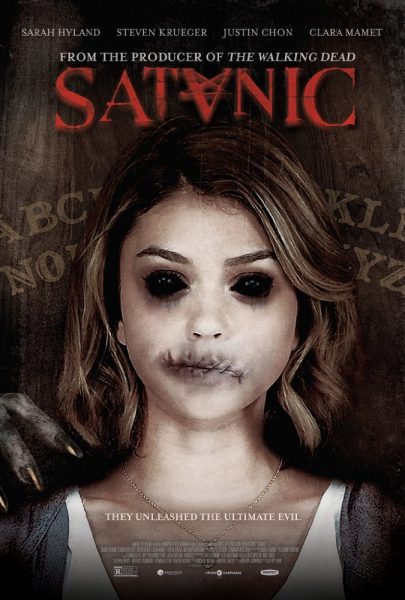 Satanic will be released on Blu-ray, DVD and Digital HD on October 4, 2016.