‘Inside Out’ Co-Writer Meg LeFauve to Direct Disney’s ‘Gigantic’

The world of animation has become a much more competitive place over the last few years. While Pixar will probably always reign supreme for many reasons, Disney Animation Studios has recently had a number of huge successes like Big Hero 6, Wreck-it Ralph, Frozen, and this year’s amazing Zootopia. And the studio also has Moana hitting theaters this November that features Dwayne Johnson’s charismatic vocals, so they definitely aren’t putting on the breaks just yet. But Pixar definitely turned some heads last year when they released one of their finest works: Inside Out. The heart-wrenching film mostly took place inside the mind of a young girl, following her various emotions on a quest to help the depressed child adjust to her new home.

Inside Out went on to win Best Animated Feature at the Oscars, while also achieving massive financial success during its theatrical run. Not to go too far off on a tangent about this Pixar masterpiece, but there really was an amazing group of dedicated people who helped bring the film to life. One of the leading minds behind Inside Out was co-writer Meg LeFauve. You probably don’t know the name, even though any Marvel fan should right now since she’s been tapped to write the Captain Marvel screenplay. LeFauve doesn’t have many scripts to her name yet, but she still seems like a very talented writer with all the Disney films she’s recently been involved in. And that doesn’t look like it will end anytime soon because she’s just found her next big project. For any of you fellow screenwriter worshippers out there, prepare to get very excited. 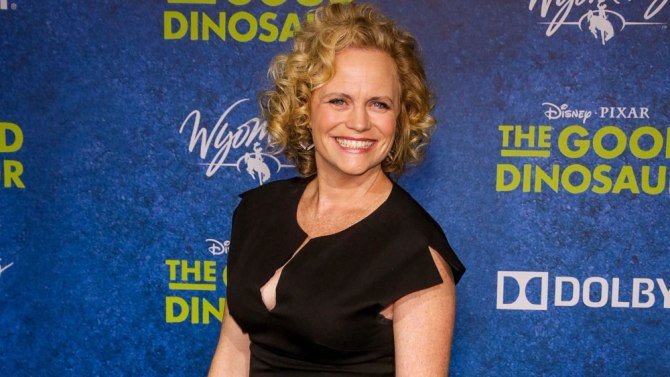 According to THR, LeFauve will co-direct Disney’s Gigantic. Even though the film is currently in its infancy, we do know that it will be a retelling of the Jack and the Beanstalk story. Not only that, Gigantic will be set in Spain during the Age of Exploration. But what makes the film’s story a little different from the original is that Jack ends up running into a female giant named Inma. Otherwise, Disney is keeping things under wraps for the time being. However, the report also revealed that LeFauve has already done work on the script alongside co-director Nathan Greno (Tangled). So, this one is already one of the studio’s most promising films just by looking at the talent involved. The film doesn’t hit until 2018, which is a darn shame, but it’s still pretty exciting that Gigantic has both LeFauve and Greno helming it. Despite it having the air of being strictly a kids movie, Tangled is a superb animated film. While it didn’t completely reinvent the story of Rapunzel, it did just enough to draw in a large audience.

It is a little surprising to see Disney Animation Studios really giving Pixar a run for their money. Even five or ten years ago it would have been rare to find anyone who thought the two studios could ever be at level pegging. But change could very well be right around the corner, especially since many of Pixar’s upcoming films are sequels rather than original works. What would make things even more interesting is if the very underrated Laika (Coraline, Kubo and the Two Strings) was thrown into the running for the animation crown. Perhaps one day, although we probably shouldn’t hold our breath—just our tears.