Family during the holidays can be very stressful, but here are some great tips to set your boundaries without feeling guilty.
Read more
Movie News

Supernatural ended its 15 season run with Carry On, a very emotional episode that truly affected FangasmSPN in a two-part review that bids adieu to the SPNFamily's longtime friend. 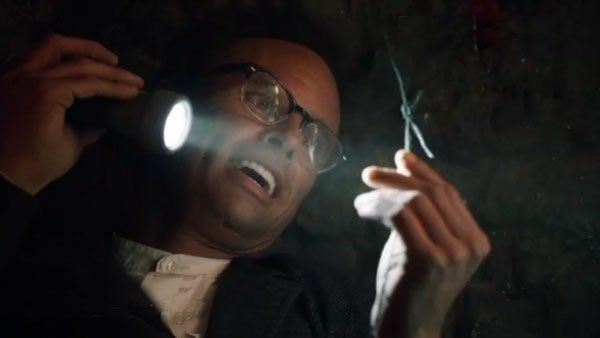 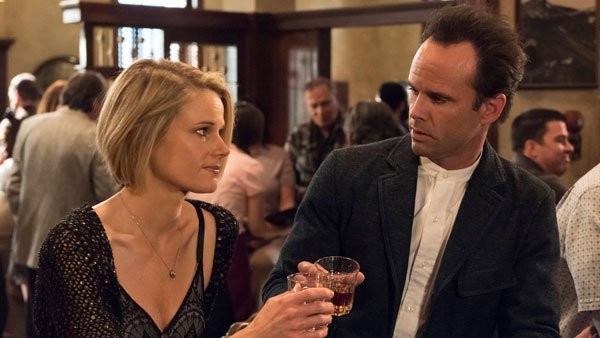 With just four episodes left in the entire series, ‘Justified‘ went with an old fashioned western bar scene this week. ‘Burned’ centered on a pizza parlor gathering complete with free whiskey and a white hatted Marshal propped up at the bar. The towns people were all together to hear speeches about the future of Harlan. I liked the feel of the show, but I can’t say the story had much new to add from what we’ve been seeing most of this season.

The big reveal of the rat in the old Grady Hale case came to an anticlimactic head when Art and Raylan paid a visit to Wynn Duffy as he was tanning himself in his personal booth. The season long build up to see who snitched on Katherine Hale’s old man ended with a file folder shoved toward Duffy and he simply admitted his dirty deeds against his own kind. More shocking than the rat reveal was that FX got approval to show Duffy in his tanning attire for the second time this season. Pretty disturbing to viewers once again.

Duffy got pressured into helping the Marshals again as Raylan gets him to push Boyd toward stupidity by making him believe that Markham is going to move all his cash that very night. Duffy agrees to help and his boy Mikey is none too pleased with his boss. Duffy tells him that’s how you survive in the criminal world and that Hale, Markham, nor Boyd would have an issue doing the same thing to them if the need arose.

Seabass, last remaining member of Markham’s Jarhead Clan, proved the group’s incompetence once again. He managed to get his brains blown all over Katherine Hale’s hotel room walls after barging in on her and Markham to demand money. Hale is a cold blooded lady, Seabass an idiot. 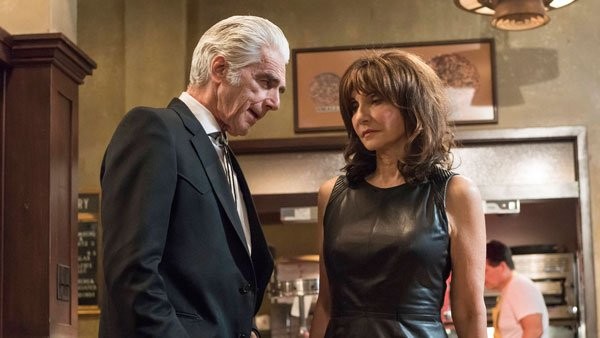 I wondered if Ava was going to tell Boyd about what she told Raylan at the end of last week’s episode. She did and I still don’t know who she is siding with though it appears she is just going to play both sides of the law until the very last second. Duffy lays the trap for Boyd moving on the safe during the pizza party. Boyd lets money blind him once again as he tells wacko Zachariah that they have to move up the scheduled explosion. I’m sure this is going to end well.

Loretta McCready finds a dead rattlesnake in her living room floor. Pretty weird even for a teenage marijuana expert grower. The reptile was left there for her by a new to the scene freak named Boon. This six shooter toting weirdo is another of Markham’s goons who fancies himself the next Billy The Kid. Boon is sure to meet the same fate as William H. Bonney once he crosses Raylan Givens‘ path a few times. He is trying to intimidate Loretta once again over her precious land.

Loretta goes to Boyd Crowder for help. She knows how to grow all the weed needed once it becomes legal, but she wants his help with security and distribution. Boyd’s eyes lit up as he began telling her how they might go about this plan and I wondered what the hell he was even talking about. Is he going to rob Markham and bounce or is he going to be a hippy lettuce farmer, in it for the long haul? He switches gears and tells her he will help with the land situation so she can do her thing and he will provide the muscle and distribution. I’m guessing he thinks he can run all that from a secluded island after the big heist he is planning. Too many plans that are too big for his limited means.

The pizza parlor party gets going and Raylan is glad to find the whiskey is free at the bar and he sure does consume quite a bit for a man who will need to stop a big robbery involving dynamite later on in the evening. Loretta shows up at the party that Markham is throwing and Raylan offers her his land at a fair price. This youngster is going to be running Harlan if things go her way. Lunatic Boon shows up next to Loretta as she speaks to Givens. There is a great exchange between the Marshal and this new thug who doesn’t even know who John Wayne is. He tells Raylan he isn’t like the jarheads that were so easily disposed of, but Raylan is not very impressed as usual.

Markham got around to making his little speech about how he was trying to help Harlan with new industry. Boyd offered his two cents as he made it clear that the man was an outsider with no interest in helping Harlan folks. Pretty hypocritical from the guy threatening land owners not to sell their own property. Loretta cut Boyd off as she jumped on Markham while pointing out just how out of place his girlfriend was in Harlan. Katherine Hale really did seem out of place there. To Boyd’s surprise, Loretta makes it known they will be partners in the new legal weed biz. Raylan wasn’t happy about this news as he later told her how she was going to get caught up with a man that “could be either arrested or dead later that night.” The young lady has always been pretty stubborn and now she has gained plenty of confidence. She is half loose cannon and half super savvy. 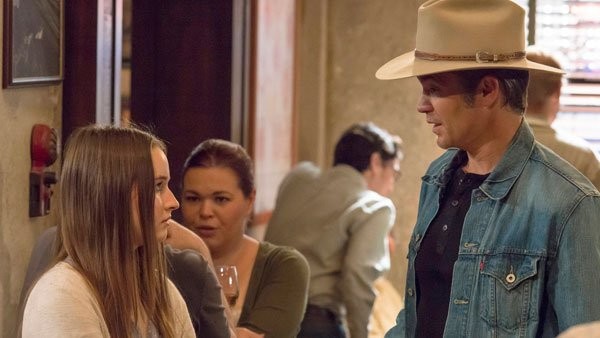 Wynn Duffy in the mine with Boyd is like seeing a Art in a tanning bed. Dude is out of his element. And how dumb is Boyd to keep going with this idiotic plan to steal the safe money? Raylan is right there in the bar! Ava tells Raylan the details of the plan and that she is to set a fire so the place clears out. He tells her she “best get to it.” I’ve never seen a law man more anxious to get a crime started.

In the mine things go badly for Boyd as crazy old Zachariah whacks him on the head and chains his leg to a post as he lights the fuse to the explosives. Boyd’s in a tight spot! Zachariah tells him he will be buried by his own greed and he is exactly right. Luckily for Boyd, Carl had more loyalty than Boyd has shown to his people lately. Carl gets back in time to give Boyd a hammer so he can free himself. He escapes a greedy death and he along with his crew escape the mine shaft alive as Tim and Rachel watch. Boyd is saved from sure capture because of his own stupid plans falling apart. Raylan must be pulling his hair out over Boyd’s inability to get anything right. Hard to arrest a man who can’t seem to get to the actual crime. 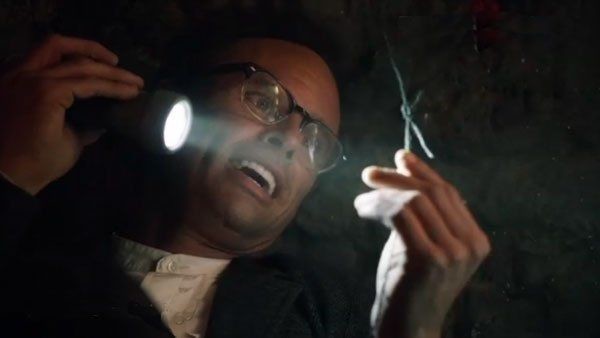 Boyd is quite pissed about nearly being buried alive and he takes it out on Ava, thinking she made Zachariah turn on him. Her defense was that she warned him that her uncle was crazy from the start. Rachel is just as mad as Boyd. She takes out her hostility on Raylan. She wants to see some results from this investigation. Raylan is better at wrapping things up with a gun shot than elaborate set ups.

The story has sort of stagnated this year, but the characters are still fun to watch. I think they could have wrapped the show up last year instead of going through the motions of an unnecessary story line this year. I’m still enjoying the ride, more for the people than the events though.