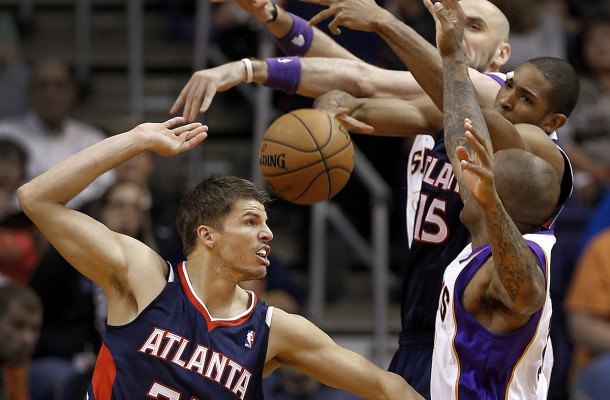 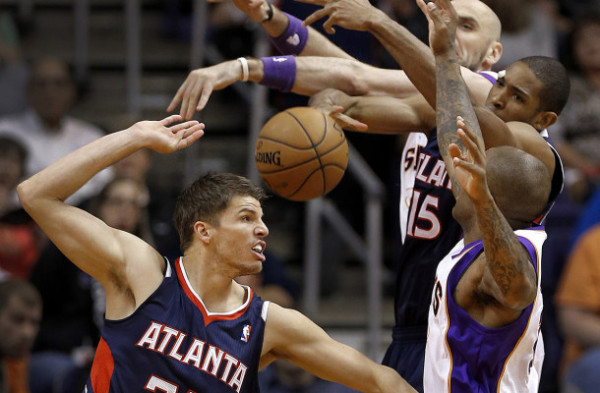 The night that began with Tony Parker visiting the Hawks locker room to chat with Spurs former assistant coach Mike Budenholzer, ended with the defending NBA Champion San Antonio Spurs teaching the best team in the Eastern Conference—Bud’s Atlanta Hawks—a tough lesson in their 114-95 victory over the Hawks in Philips Arena in Atlanta on Sunday.

That lesson: everything the Hawks have worked so hard to build this season, their 50 win season, can all be undone in the playoffs or any other win-or-go-home situation.

The Hawks have now lost three games in a row for the first time this season. The Spurs exposed the Hawks deficiencies and really got under their skin. The Hawks lacked the physicality and big men they needed to compete with the Spurs; and by mid-way through the third quarter, Bud got himself ejected with two technical fouls for yelling at the officials—his first early exit as a head coach. 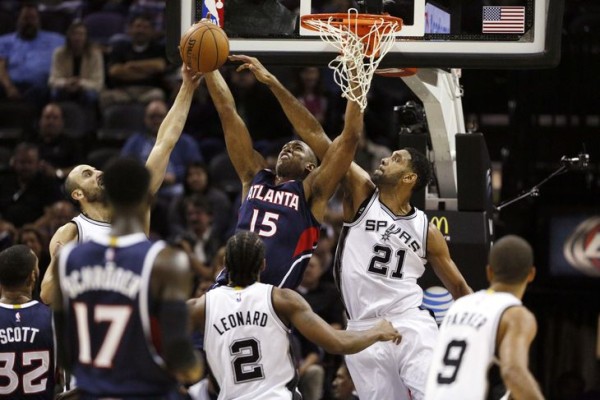 “Varsity is schooling the JV,” joked one Hawks fan during halftime of the matchup as reported by NBA.com. It was that kind of night for the fans—their team has now lost to the Golden State Warriors, Oklahoma City Thunder, and Spurs. Sure, all three of these teams are in the Western Conference; but after their fantastic regular season, the Hawks are expected to make it to the 2015 NBA Finals. A playoff series loss anywhere in the early rounds would be considered an upset.

Well, let’s say the Hawks make it to the Finals. Odds are they’ll be facing one of these three teams. The Hawks simply haven’t been the same team since the All-Star Break, and big losses to the top teams in the West do not bode well for the Birds moving forward.

With an eight game lead over the Cleveland Cavaliers for 1st place in the East, the Hawks will have no problem securing the top seed. The question now becomes how much they will be able to do with their top-dog status in the playoffs.