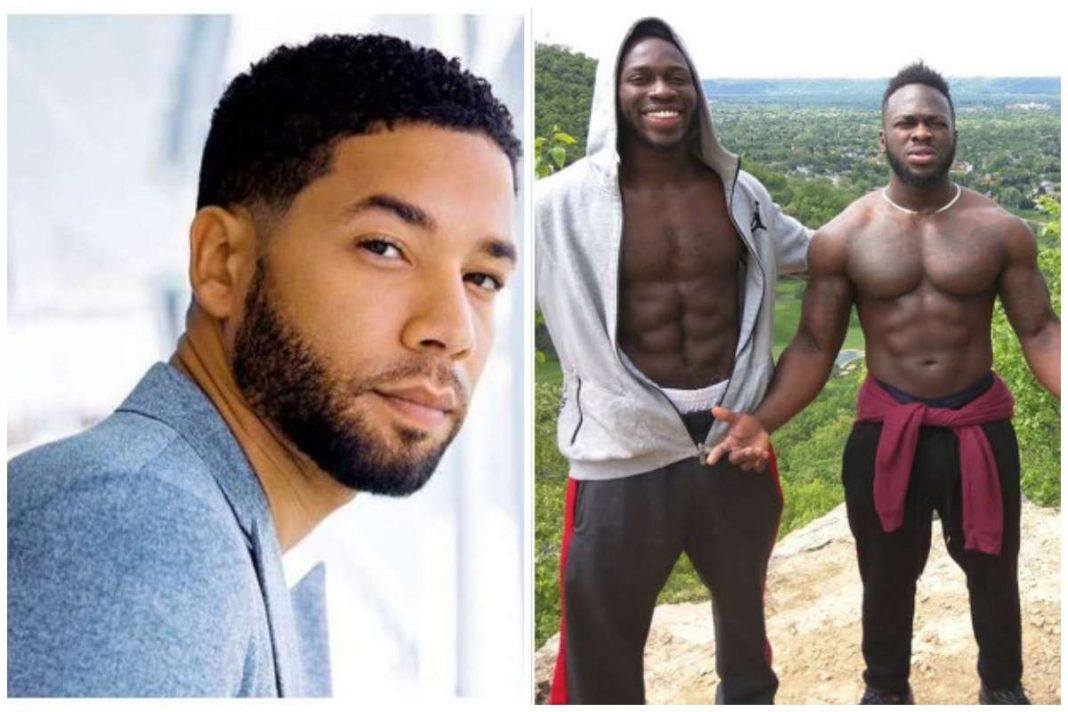 Jussie Smollett’s story has continued to confuse and frustrate many of us in the media, and as someone who has spent decades fighting hate crimes in all forms, I am truly hoping this wasn’t just one big hoax. I think I can speak for many in that I will be genuinely pissed off royally if did this for attention or to keep his job on “Empire.”

I’ve remained silent on this, but as it continues playing out like a bad film, I’ve started checking on some things that have been whispered about. It was only days after the attack that things were beginning to feel like the tide was slowly turning against the actor. Whispers began that he was being written off “Empire,” and this type of event would raise his profile so the producers would want to keep him for a ratings bump.

FOX Entertainment and 20th Century FOX Television, which produces the Chicago-based family drama, pushed back against the notion that Smollett was being written off the show.

“The idea that Jussie Smollett has been, or would be, written off of ‘Empire’ is patently ridiculous. He remains a core player on this very successful series and we continue to stand behind him,” the statement said.

Chicago police spokesperson Anthony Guglielmi has changed his comments today when asked by MTTG if investigators still believe that Smollett was the victim of an attack. He stopped just shy of categorizing how investigators were currently viewing the actor.

“We have some new information that we would like to corroborate,” he said.

Smollett denies playing a role in his attack, according to a statement from his attorneys.

The men, who are brothers, were arrested Wednesday but released without charges Friday after Chicago police cited the discovery of “new evidence.”

Smollett told authorities he was attacked early January 29 by two men who were “yelling out racial and homophobic slurs.” He said one attacker put a rope around his neck and poured an unknown chemical substance on him.

The sources told media outlets there are records that show the two brothers purchased the rope found around Smollett’s neck at a hardware store in Chicago.

“As a victim of a hate crime who has cooperated with the police investigation, Jussie Smollett is angered and devastated by recent reports that the perpetrators are individuals he is familiar with,” the statement read. “He has now been further victimized by claims attributed to these alleged perpetrators that Jussie played a role in his own attack. Nothing is further from the truth and anyone claiming otherwise is lying.”

Smollett’s attorneys said they expect further updates from Chicago police on the investigation and will continue cooperating with authorities.

“At the present time, Jussie and his attorneys have no inclination to respond to ‘unnamed’ sources inside of the investigation, but will continue discussions through official channels,” the statement read.

Smollett identifies as gay and since 2015 has played the gay character of Jamal on the Fox TV drama “Empire.”

How This All Began

According to Chicago Police spokesman Anthony Guglielmi, the actor told detectives he was attacked by two men near the lower entrance of a Loews hotel in Chicago. Police were told the two men yelled “‘Empire’ fa***t” and “‘Empire’ n***er'” while striking him.

In a supplemental interview with authorities, Smollett confirmed media reports that one of the attackers also shouted, “This is MAGA country,” a reference to President Donald Trump‘s “Make America Great Again” campaign slogan.

The day after the incident, police released surveillance images that showed two silhouetted individuals walking down a sidewalk, and police said they were wanted for questioning.

The two men were arrested Wednesday. Police on Friday said the men were being viewed as “potential suspects” and that detectives had “probable cause that they may have been involved in an alleged crime.”

But by Friday night they had been released, Guglielmi said, “due to new evidence as a result of today’s investigations.”

“And detectives have additional investigative work to complete,” he added.

One of the men has appeared on “Empire,” Guglielmi said. A police source also told MEDIA OUTLETS on Friday night that the men had a previous affiliation with Smollett, but did not provide additional details.

Jussie Smollet Has Held Claim This Wasn’t A Hoax

Following the alleged attack, Smollett’s colleagues and fans rallied around him, expressing shock and sadness.

“We have to love each other regardless of what sexual orientation we are because it shows that we are united on a united front,” Lee Daniels, the creator of “Empire,” said in a video posted to his Instagram page on January 29. “And no racist f*** can come in and do the things that they did to you. Hold your head up, Jussie. I’m with you.”

Smollett gave his first detailed account of what he says was a hate crime against him, and the aftermath, in an interview with ABC‘s “Good Morning America” that aired Thursday.

During the interview he expressed frustration at not being believed.

“It feels like if I had said it was a Muslim or a Mexican or someone black I feel like the doubters would have supported me a lot much more,” Smollett said. “And that says a lot about the place where we are as a country right now.”

Smollett stated that one of the attackers shouted “this is MAGA country” before punching him in the face. But he refuted reports that said he told police the attackers wore “Make America Great Again” hats.

“I never said that,” he told ABC’s Roberts. “I didn’t need to add anything like that. They called me , they called me . There’s no which way you cut it. I don’t need some MAGA hat as the cherry on some racist sundae.”

Naturally, Donald Trump’s family has used this opportunity to sound off and Jr. has shot off a few tweets about Smollett.

If this is a hoax, I honestly hope that Jussie pays for it as these types of things affect people who are truly victims of hate crimes. We’ll see how things play out, but Smollett will have set things back for real victims of racism, homophobia and hate crimes if this was all a stunt to feed his need for attention.