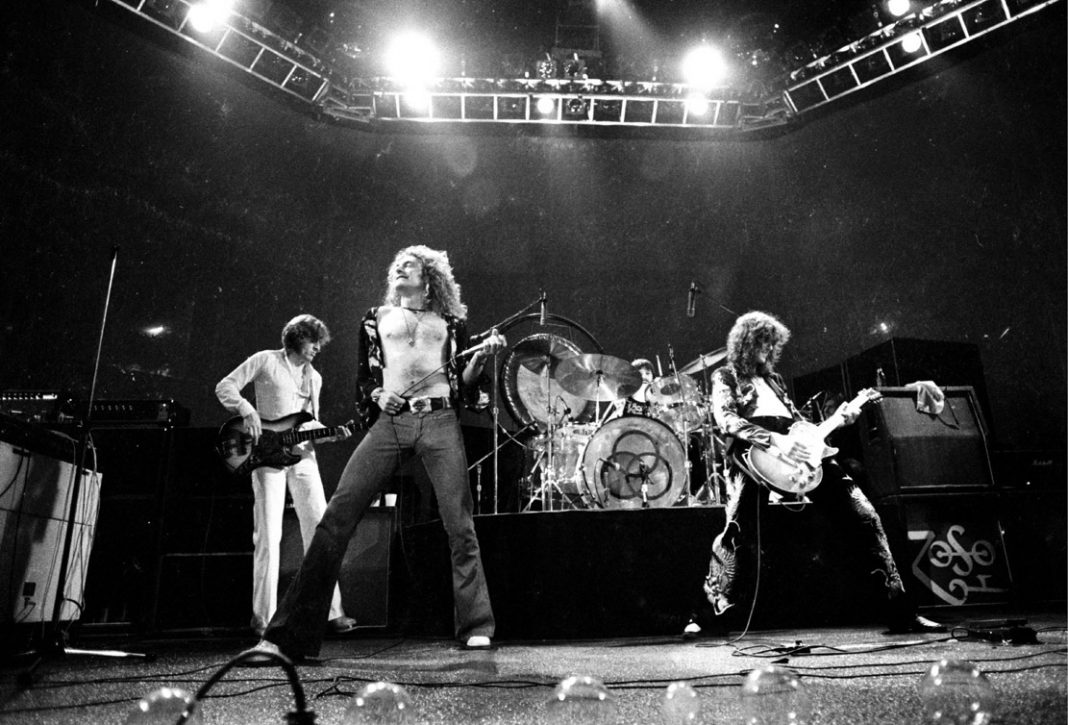 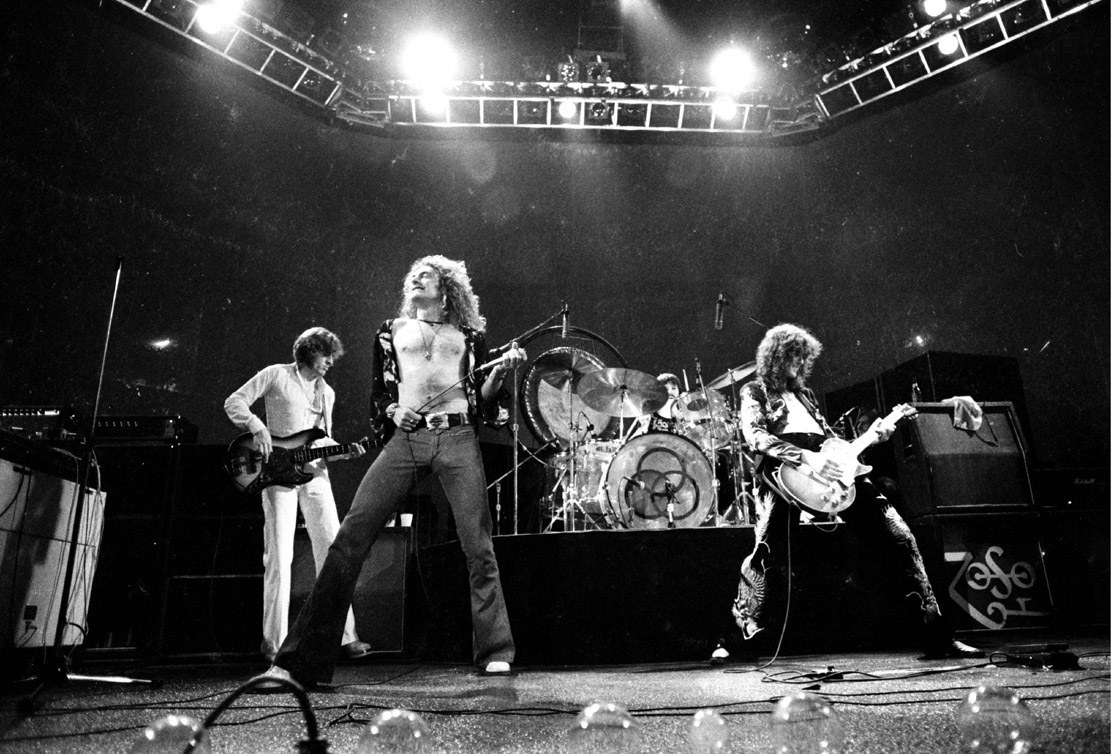 The jury in Los Angeles did not feel that Led Zeppelin stole the chord progression for the introduction of their classic rock anthem  “Stairway to Heaven.” The trustees of members of the band Spirit had sued Led Zeppelin, claiming the riff used in “Stairway” was stolen from the band’s obscure 1960s instrumental tune “Taurus.”

The verdict in Los Angeles settles a point that music fans have debated for decades but didn’t find its way to court until two years ago, when the trustee for the late Randy Craig Wolfe filed a copyright lawsuit.

The trust claimed that Led Zeppelin guitarist Jimmy Page lifted a passage that Wolfe, better known as Randy California, wrote for “Taurus,” a short work he recorded with his band Spirit in 1968.

Page and singer Robert Plant showed little emotion as the verdict was read then hugged their lawyers.

Jurors found the trust had cleared a few hurdles, including that Page and Plant had “access” to “Taurus,” meaning they would have been familiar with it.

Trust attorney Francis Malofiy said he was sad and disappointed by the jury’s decision.

“The reality is that we proved access, but they could never hear what they had access to,” Malofiy said. “It’s bizarre.”

In trying to show the works were substantially similar, the trust had the tricky task of relying on sheet music because that’s what is filed with the U.S. Copyright Office.

Jurors were not played the “Taurus” recording, which contains a section that sounds very similar to the instantly recognizable start of “Stairway.” Instead, they were played guitar and piano renditions by musicians on both sides of the case. Not surprisingly, the plaintiff’s version on guitar sounded more like “Stairway” than the defense version on piano.

Page and Plant, who wrote the “Stairway” lyrics, said their creation was an original. In several hours of often-animated and amusing testimony, they described the craft behind one of rock’s best-known songs, all the while denying knowledge of one of the genre’s least-known tunes.

Plant cracked up the courtroom when said he didn’t remember most people he had hung out with over the years.

Experts for both sides dissected both compositions, agreeing mainly that they shared a descending chord progression that dates back three centuries as a building block in lots of songs.

The trust’s experts, however, went further and noted several other similarities that made the two works unlike the many other tunes they were compared to, including “My Funny Valentine,” and The Beatles’ “Michelle.”

Led Zeppelin’s lawyer said the trust didn’t own the copyright and that the plaintiff failed to prove a case that should have been brought more than 40 years ago when Wolfe was alive and Page and singer Robert Plant would have had better memories.

“How can you wait a half century and criticize people … 45 years later for the delay you caused?” Peter Anderson said. “They should have sued in 1972.”

Wolfe, who drowned in 1997 saving his son at a beach in Hawaii, had spoken with lawyers over the years about suing, but they never took on the case because it was old, said Glen Kulik another lawyer for the trust. A Supreme Court ruling in 2014 over the movie “Raging Bull” opened the door to bring a copyright case at any time with damages only dating back three years and continuing into the future.

Malofiy asked jurors to give Wolfe a songwriting credit and millions of dollars in damages, though he didn’t provide a specific figure. The defense said record label profits from the past five years were $868,000, but Anderson reminded jurors that only a fraction of the eight-minute song was being challenged.

The trial took jurors and lucky observers who managed to pack into the courtroom on a musical journey through the late 1960s and early 1970s, when Spirit, a California psychedelic group that blended jazz and rock was achieving stardom as the hard-rocking British band was being founded.

Stops on the tour of testimony included Spirit shows at “love-ins” during the “Summer of Love,” Led Zeppelin’s U.S. debut as an opening act for Spirit and Vanilla Fudge in Denver in December 1968 and, finally, to a country house in the south of England where Page, Plant and bassist John Paul Jones described how “Stairway” was born.

Page said his ambition was to write a song that would accelerate to a crescendo and he first shared the opening with keyboardist and bassist John Paul Jones to get an ally in his scheme.

Singer Robert Plant said he was sitting by the fire at Headley Grange in the spring of 1970, when Page played the intro on acoustic guitar and he offered the start of a couplet he had been working on: “There’s a lady who’s sure all that glitters is gold/and she’s buying a stairway to heaven.”

Jurors never heard a note from Page or Plant live, but they were treated to lo-fi vintage recordings of the band creating the song, renditions on guitar and piano by other musicians and, finally, the full recording of one of rock’s most enduring anthems.

Page, 72, bobbed his head and moved to the tune while Plant, 67, sat still. Both men wore sharp suits, white shirts and ties throughout the trial and had their hair pulled back in neat ponytails.

They didn’t chat with anyone in the gallery, including several fans, and were escorted by personal bodyguards to the restroom and in and out of the federal courthouse each day. One afternoon, a group of women clapped and Page flashed a smile as the rock stars were hustled across the courthouse corridor to a private hallway.

The case is not the first time Led Zeppelin was accused of swiping another artist’s work. The lawsuit listed at least six other songs in which the band reached settlements over songwriting credits for works including “Whole Lotta Love,” ”The Lemon Song,” and “Dazed and Confused.” 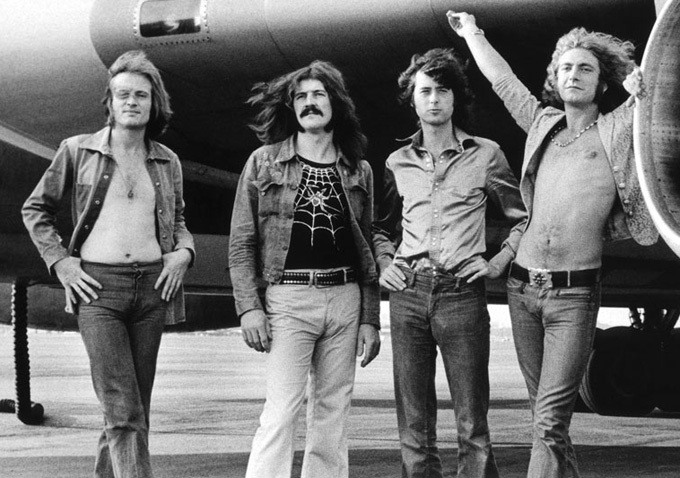 The Led Zeppelin “Stairway to Heaven” jury decision as it happened:

Led Zeppelin’s songwriters say they are pleased a jury decided they didn’t steal a riff for “Stairway to Heaven.”

Guitarist Jimmy Page and singer Robert Plant issued a brief statement Thursday after a federal court jury in Los Angeles found they did not lift a passage from the Spirit song “Taurus” for the intro to their rock classic.

The two say they are grateful to the jury and look forward to putting the matter behind them.

Wearing sharp suits and their hair pulled back in ponytails, both musicians left court without speaking publicly.

Lawyers for the trust of Spirit’s late founder, Randy Wolfe, say they are sad and disappointed with the verdict.

A Los Angeles jury has decided the band Led Zeppelin did not steal the opening to its classic anthem “Stairway to Heaven.”

The federal jury reached its verdict Thursday, settling a point that music fans have debated for decades but didn’t find its way to court until two years ago.

Page, Plant and bassist John Paul Jones all testified in the case, providing anecdotes about the 1971 creation of “Stairway to Heaven.”

The lawsuit said Led Zeppelin had a history of ripping off works by other songwriters and had settled at least six other copyright cases.