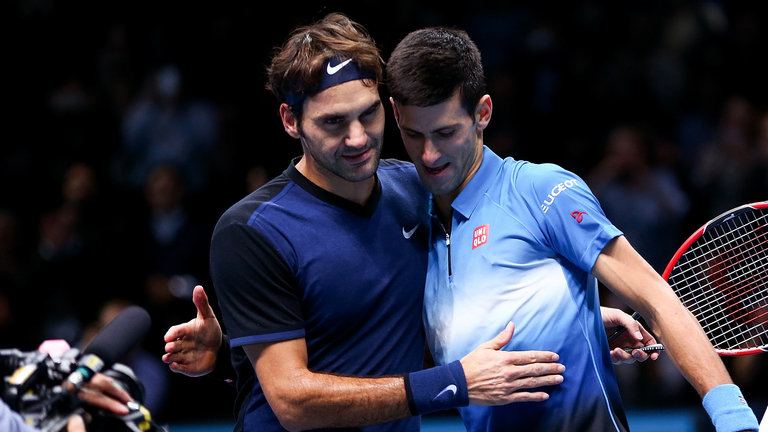 Novak Djokovic and Roger Federer have met in the last two finals at the All England Club. However, the draw for this season’s event, which was released on Friday, guarantees that the two won’t be meeting in the final at Wimbledon 2016. The two players share a draw to the semifinal, meaning that they will meet in that round if they should both survive that long.

Djokovic, as the top seed in the tournament, has a very comfortable draw through the first four rounds of the event. He opens against James Ward, the Serb will likely play Kyle Edmund in the 2nd round, and then he will probably face either Lukas Rosol or Sam Querrey in the third round. In the fourth, Djokovic couldn’t face anyone ranked higher than David Ferrer, however, the Spaniard has been in a slump lately – perhaps one that will inch him toward retirement. You have to think that the World No. 1 would instead face Philipp Kohlschreiber in the middle round, a fairly decent grasscourt player that did well in Stuttgart a couple of weeks ago. Looking way ahead to the quarters, Milos Raonic and David Goffin are the players that loom large in Djokovic’s section.

Roger Federer doesn’t look like he’ll have any kind of difficulty through the first four rounds either. Ahead of the fourth Fed can’t face anyone any more proven than Alexander Dolgopolov, the Ukrainian player who hasn’t really done a lot of damage in recent seasons. In the fourth round, Federer will likely need to be sharp as there are a handful of strong players that he could face, mainly either Gilles Simon or Gael Monfils. Between them, I think Monfils is the one to watch as Simon doesn’t have the demonstrated ability to win the big Grand Slam matches that Monfils has. In the quarters, Federer could face Kei Nishikori, a player that doesn’t have much strong competition in his quarter of the draw as Marin Cilic, who is in that section, isn’t at the top of his game right now.

Sticking to the top half of the draw, the quarters could look like this:

Djokovic vs. Raonic
Federer vs. Nishikori

When it comes to upset potential, I think Djokovic could come under some threat from Milos Raonic in the final eight. Raonic appears to be on the edge of getting back into the Top 5. There aren’t any injury concerns with the Canadian at the moment and if he can get through the first four rounds without playing a five-setter he could be into the quarters with enough in the tank to really put a fright into the World No. 1. David Goffin is certainly a player to watch as well as he beat Djokovic in an exhibition match at The Boodles a few days ago, a result that has to give the Belgian a little bit of precious confidence even if the result doesn’t count in career stats.

For Federer, potential spoilers are more common in the draw. Even Dolgopolov, if he can find his best tennis for a few hours, could challenge Federer in the third round. However, it’s Monfils that might be able to keep Federer from making the quarterfinals, as the Frenchman has won 2 of their last 3 matches. Certainly confidence in the Swiss Maestro cannot be sky high at the moment. He has missed a lot of time with injury this season, he didn’t showcase anything close to his best tennis in either Stuttgart or Halle, and fate really beckons for Monfils or Nishikori to rise up here.

The latter has never made the Wimbledon semifinals and he had a rib problem during the Wimbledon warm-ups. Furthermore, Nishikori lost in the French Open fourth round, a result that had to be disappointing for him and his fans. If he’s not at his best, then it would really open the door for a lesser-known player to get through to the quarters at the All England Club.

If you were to pick one besides Nishikori or Cilic, I think it might be Gilles Muller. There is a precedent with the Luxembourgian, as he made the US Open quarters a number of years back. He’s 32 years old now, however ,that doesn’t mean he’s exactly fading away. He performed very well during the grass-court events that lead up to Wimbledon, making the semifinals in Nottingham and the final in s’Hertogenbosch.

Wimbledon starts on Monday where the main story will be Djokovic as he makes an attempt at a calendar Slam. The Serb already has the Aussie and the French in his pocket. With a title in London, there would be just the US Open remaining to sweep all of the majors in 2016.

Federer doesn’t make it to the semifinals.