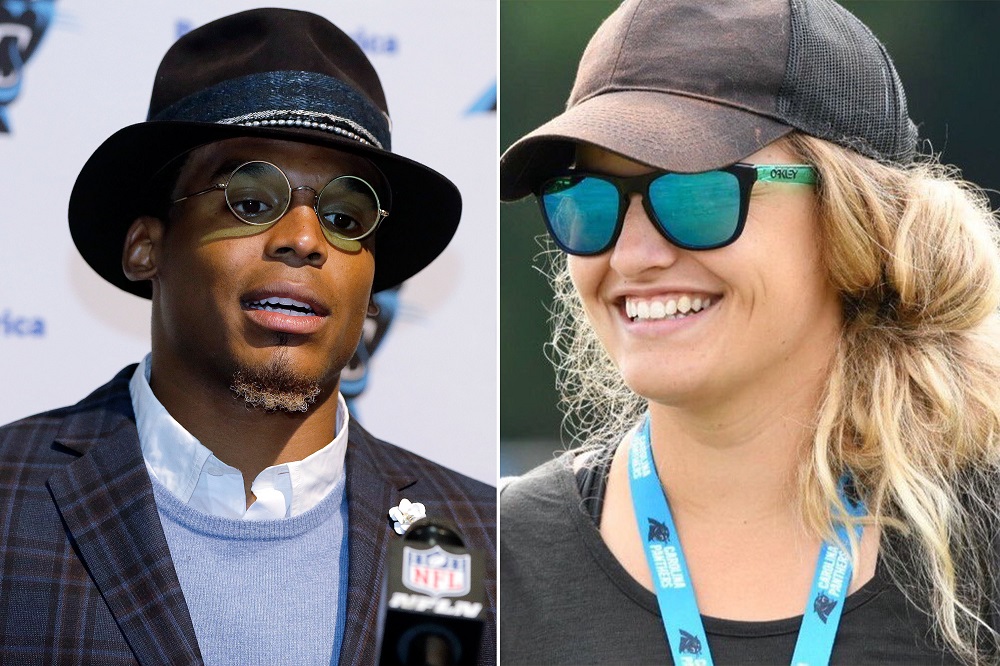 So, I’d like to start this off by saying that Cam Newton was wrong to say what he said, but can we just all take a second to appreciate that this scandal has dominated sports news? I haven’t heard a single thing about President Donald Trump and Colin Kaepernick for at least two days now. Maybe players should say stupid stuff more often…

Anyways, if you haven’t heard, the Carolina Panthers quarterback is in a bit of hot water right now (you know it must be bad if networks deem it more important than talking about kneeling during the national anthem for hours at a time).

During a news conference Wednesday, Charlotte Observer beat writer Jourdan Rodrigue asked Newton a question about wide receiver Devin Funchess, the physicality of his route running, and how much he has enjoyed having Funchess back on the field.

Newton seemed to enjoy the question a lot more.

“It’s funny to hear a female talk about routes like—it’s funny,” said Newton, whose comments were met with an awkward silence.

Of course, Rodrigue didn’t find it particularly funny that she was doing her job, and she reportedly confronted Newton after the press conference. That didn’t go much better.

“This afternoon, I did my job as an NFL beat writer and asked Cam Newton a question about one of his receivers,” said Rodrigue in a statement released after the incident. “I was dismayed by his response, which not only belittled me but countless other women before me and besides me who work in similar jobs. I sought Mr. Newton out as he left the locker room a few minutes later. He did not apologize for his comments.”

That’s right; Newton doubled down. He did clarify his statements a little, however, noting that he meant it was funny to hear reporters in general talk about routes because he doesn’t believe they see specific routes when watching the game, just if someone is open or not. Rodrigue argued that Newton knew nothing of her or how hard she has studied the game, to which Newton told her that if she does understand routes then she understands more than all the other reporters.

Just what the NFL needs, more PR problems. They jumped on top of the issue, saying, “the comments are just plain wrong and disrespectful to the exceptional female reporters and all journalists. They do not reflect the thinking of the league.”

Newton remained quiet. Then, Dannon, which has an endorsement deal with Newton for their Oikos yogurt, dropped the Panthers QB Thursday for his comments.

Newton has never been the best with reporters, notably cutting his Super Bowl 50 postgame interview short in sore loser fashion. He can often be found with a towel over his head on the sideline when the team is losing (although he has stopped that more recently).

His comments were not okay. That’s my (albeit, obvious) take on the situation. He shouldn’t have said it. There’s no excuse, no justification—but don’t tell Twitter that.

Rodrigue thought she was getting some positive press and a nice pot of followers for her future articles, but then social media, which has ruined everything from your favorite childhood TV shows to Ken Bone, searched through Rodrigue’s old tweets, finding some racist posts from late 2012 that seemed to make her at the very least complicit in racism happening around her, saying, “My dad is being super racist as we pass through Navajo land,” and “He’s the best. Racist jokes the whole drive home.” 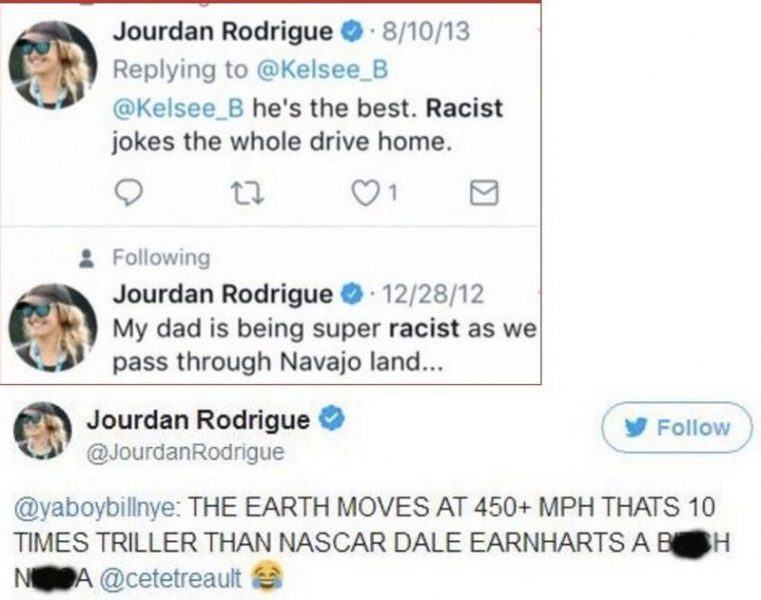 These tweets were from her college days, and I think it’s safe to assume that she was joking back then and that she doesn’t feel that way now. I would imagine Twitter would have found a lot more if she was actually an evil, racist person.

Nonetheless, people on Twitter branded Rodrigue a racist for her group of three tweets, which they then proceeded to claim justified Newton’s comments. The basic argument was, Well, she’s a racist anyways, so who cares if Newton is a sexist.

First off, I’d just like to say that I hate that everyone is an “-ist” nowadays. I don’t think that Newton’s one comment makes him a walking misogynist, nor do I believe that Rodrigue is some monstrous white supremacist. 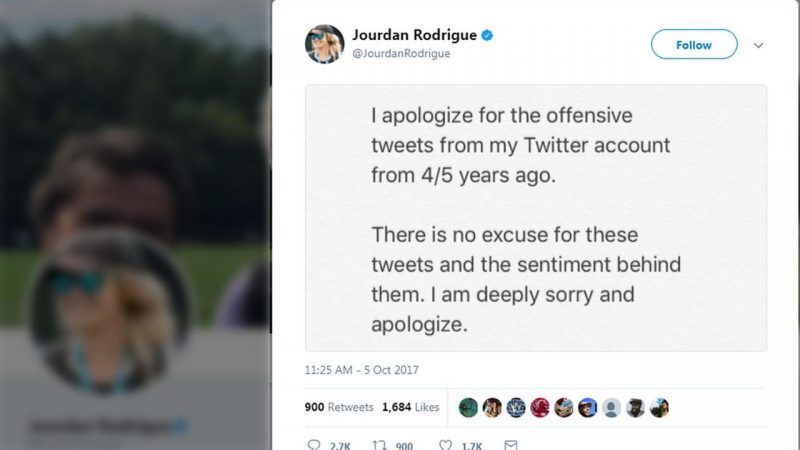 But I digress. What I was trying to get at is, No, Twitter, your discovery doesn’t justify Newton’s statement. He said it’s funny to hear a woman talking routes, which is a shot at all female sports reporters. The insult they felt is not justified because the woman asking the question retweeted the n-word a while back.

You know what, on second thought, after watching people on Twitter actually argue about this, I think I’d rather just hear about who’s taking a knee this Sunday.