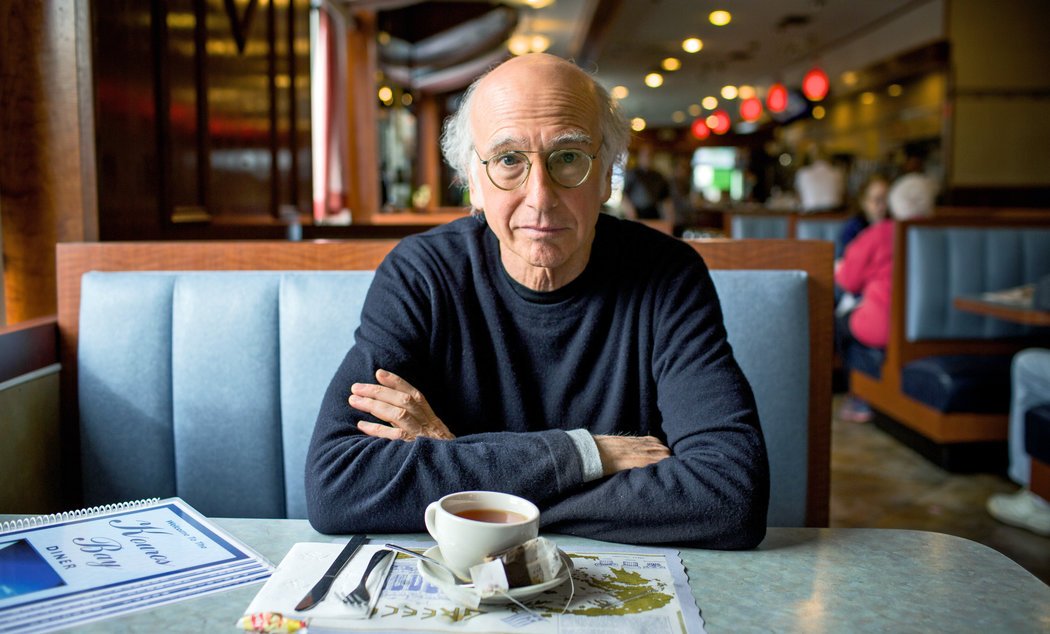 Larry David’s “Curb Your Enthusiasm” seemed to have ended on a good note back in 2011, but the creator wasn’t ready to end his journey yet, so now it’s back with no time having passed. Seven years is a lot of time, but in Larry’s world, time is just a word.

After too many years away from “Curb Your Enthusiasm,” Larry David pronounces himself satisfied with the new season, which he said is just like previous ones, and glad he did it. That’s pretty good — no, very good — on several fronts.

First, it means the blunt-trauma insults that David delivered for eight seasons on the HBO comedy are undiminished, as is the show’s willingness to milk any subject for laughs, from sex to ethnicity to illness. Second, he’s inclined to keep the revival going, and without such a lag.

“I would say leaning toward it,” David said. “If there are more, it’s not going to be five years. … It’s too long. I wouldn’t want people to wait that long.”

And third — but who needs another reason? We’re just happy that “Curb Your Enthusiasm,” a platform for David’s grievances for crimes against humanity (read: Larry David) is back on Sundays for the first time since 2011, and unaffected by time.

The world of TV Larry, as he’s labeled his alter ego, is insulated from the current White House tenant and national tensions. All the angst is petty, personal and courtesy of David and co-stars Cheryl Hines, Jeff Garlin, Susie Essman, J.B. Smoove, Richard Lewis and Bob Einstein, along with a bumper crop of guests including Elizabeth Banks, Lauren Graham, and Bryan Cranston.

Turns out while we were yearning for “Curb,” David felt the same way.

“I missed everything about it. Because it’s really, to be trite, a lot of fun. It gives me a lot of pleasure, a lot of laughs, and it’s the actual ideal way for me to express myself,” he said.

As in express hostility?

“It’s not hostility. It’s the honesty that draws me to it,” he said in a recent FaceTime phone call. It’s his preferred way to handle interviews not done in person and, it turns out, a boon for the questioner.

It makes it easier to appreciate that when David isn’t being irascible TV Larry, he can be attentive and disarmingly patient and, when amused, flashes an attractively broad smile that brings to mind a certain politician — and not the one he played so well on “Saturday Night Live,” Bernie Sanders, but jovial Joe Biden.

(David and Sanders actually are related, according to PBS’ “Finding Your Roots,” which traces their family genealogies in Monday’s season debut.)

Playing Sanders was a lark, David said, but he has zero interest in giving “Curb” a political infusion. “It’s never been the basis of the show,” he said, adding, “It’s not in my wheelhouse, in my very narrow, comedic wheelhouse.”

His particular skill set has yielded “Seinfeld,” which he co-created with Jerry Seinfeld, and the singular daring of “Curb Your Enthusiasm.” How daring? Last season, Larry accused guest star Michael J. Fox of using Fox’s Parkinson’s as a cover for hostile acts toward Larry. Larry attempts to make amends and promises Fox he’ll visit sick children, then flees to Paris. (In the new episodes, he’s back in his Los Angeles stomping ground.)

The show is so contrary that it’s taken 17 years to make nine seasons, whereas most other shows generally toe the line with a season a year. But “Curb” executive producer Jeff Schaffer said there’s a bright side: David has been taking careful notes.

Imagine the “uncomfortable situations he’s been in these last six years,” Schaffer said. “It’s been amazing. … It’s like we’re sitting in the Fort Knox of awkward.”

In a new-season trailer (preview episodes weren’t available), Larry is seen shushing a sobbing woman at a funeral, shoving a department store worker after she assaults him with spray perfume, and ordering a young couple in a romantic clinch outside his window to scram: “You’re allowed to be happy, but not in front of me.”

David insists that “Curb Your Enthusiasm” won’t dull its edge no matter what happens beyond its insular world, in which only funny counts. For instance, Smoove’s Leon Black is as brazen as ever, just like TV Larry.

“If you think because of political correctness you’re going to get anything different from J.B. Smoove, you’d be mistaken. Or ‘Curb’ in general,” David said. “And the people who watch the show and are fans of the show, they don’t want that anyway. They like the show because of that reason.”

He has one complaint to lodge about the revived series, which again follows its formula of a story outline filled in by the actors improvising their lines.

“In the past, people used to call me a bald (expletive), and now I’m an old (expletive). So somehow in the past five or six years that I’ve been away, I must have aged considerably,” David said. “I’d much rather be called bald. I miss bald.”