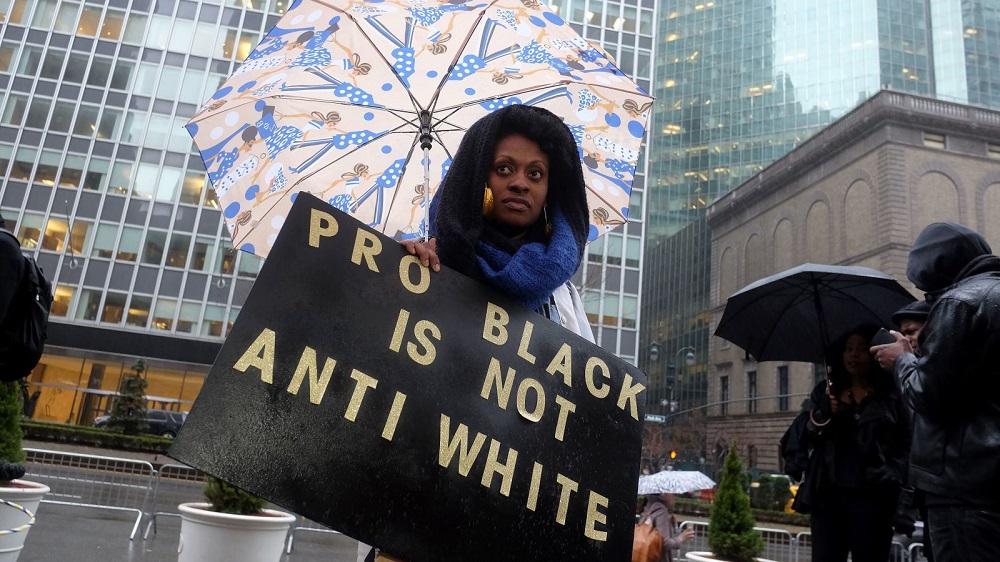 I don’t know about other Americans, but there is a lot on my mind right now. I have situations that I’m dealing with that take up my time. My mother is sick; I’m learning a new city, and trying to navigate the current environment in which I find myself, at times, takes everything out of me. The energy I have left after giving my attention to the most important things in my life is precious.

I try to use it wisely, efficiently, and purposefully. But here lately, I find myself dealing with feelings of fear that I cannot seem to shake; feelings of fear that use up the energy I so desperately try to preserve to move my life forward. It is the fear that the effects the current administration has had on the climate of America are coming full circle. And nothing, in recent happenings, supports my fears more than the questioning of Attorney General Jeff Sessions about an FBI Report on “black identity extremists” in America. The report claims that such groups pose possible terrorist threats to the United States and domestic law enforcement entities. It is problematic, for sure, and is a possible foreshadowing of what’s to come for people of color (POC) in the coming months.

This week, during an oversight hearing before the House Judiciary Committee, Democratic Congresswoman Karen Bass of California did not hold back in questioning Sessions about a 12-page FBI “intelligence assessment.” In it, the agency describes “black identity extremists” as groups that, according to the FBI, are targeting or are likely to target law enforcement entities as retaliation for the countless killings of black men by the hands of the police.

Bass, with the report in hand, asked Sessions about its contents to which he says he was somewhat familiar with but had not read. She presented many important questions about the contents of the report and the relation of the report to the actual reality of what it claims is happening. She also asked Sessions, point blank, to name present-day black extremist groups and specifically if he believed the Black Lives Matter (BLM) movement is such a group. The head lawyer in all the land could not name any organizations off the top of his head and refused to say, yay or nay, if he considers BLM a black identity extremist organization. He also claimed not to be able to remember (at the moment) any white organizations that would fall under extremist groups. What he did say, however, about his awareness of extremists in American is,

“I am aware that there are groups that do have an extraordinary commitment to their racial identity and some have transformed themselves into violent activists.”

The fact that such a report exists is alarming because it seeks to do two very clear things – discredit the efforts of black activists who exercise their rights to free speech and gives governing entities like the FBI and the CIA the leverage to exact whatever actions they feel is appropriate to maintain and or prevent “incidences.” The kinds of things that a report like the one Bass presented allows them to wiretap, conduct surveillance, and implement other invasive forms of monitoring all under the guise of national security. It, in essence, gives them the right to use a “by any means necessary” approach to dealing with those whom they consider black domestic terrorists. This is something that will happen to America born citizens; not Muslim immigrants whom Sessions, Trump and their supporters maintain are terrorists. Those of us familiar will civil rights history in America knows this to be the truth. It has happened before. Are you familiar with COINTELPRO?

Many historians and followers of the civil rights movement consider COINTELPRO the government’s war on dissent. The Counter Intelligence Program, created under J. Edgar Hoover’s FBI leadership, was used in the 1960s to “monitor” dissenting social movements of the time. COINTELPRO was used on everyone from the peaceful Dr. Martin Luther King, Jr. and the “radical” Black Panthers to anti-Vietnam War activists. In the words of Congresswoman Bass, COINTELPRO was, “An abuse of surveillance power as a means in a manner to suppress a peaceful movement.”

This program was used to control the masses, and the groups that the government were most concerned with were those comprised primarily of black and brown people. That fact has not changed over the last six decades. In fact, we have seen a resurgence of this kind of thinking with Donald Trump winning the presidency and the way his followers unapologetically spew their hate speech, policies, and actions. Could the creation of the FBI report, “Black Identity Extremists Likely Motivated to Target Law Enforcement Officers” be the final buildup that threatens to take us back to an even darker time in American history?

The creation of such a report for the specific purposes of targeting black groups who speak out freely about social injustices is biased and rooted in an age-old fear of black people uniting for the advancement of our community. When asked if such reports have been conducted on white extremists’ groups, AG Jeff Sessions stated that he is not aware of any report done by the FBI that does.

This is interesting being that he also stated he is familiar with the Sovereign Citizens; a predominately white organization that has most certainly targeted law enforcement in the United States. In fact, a study released by the University of Maryland’s National Consortium for the Study of Terrorism and Responses to Terrorism, Sovereign Citizens are considered the single greatest threat to law enforcement, above Islamist extremists and patriot or militia groups.

Along with showing the clear prejudice with the existence of such a report, the hearing showed just how ill-equipped Sessions is to handle the duties of his role. Excuse me if I’m wrong (I’m not), but I’d expect the man who is considered the leading lawyer in American criminal justice to be able to answer the majority of the questions posed to him on such a pressing matter. It all comes back to the way Trump runs his administration and speaks to what most Americans already know about the situation – unqualified individuals, starting at the very top, are running this country.

Sessions plays dumb, but he knows what’s really going on. His presence as the attorney general is more of a placeholder for the bigots he’s in cahoots with to get the actions items on their agenda accomplished, than an actual attempt at leading.