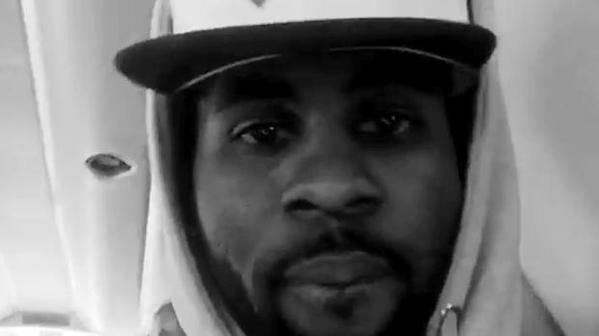 Jason Derulo and his crew had some trouble on Saturday while trying to board a flight in Reno, Nevada.

It apparently began when the singer and his entourage requested for an airline worker to come escort them so they could get through security faster. However, when he was denied, one of his friends became angry and began yelling at the airline workers.

Following the incident, the airline security decided that Jason and a few of his friends could continue and get on the flight, but denied access to the ones who were disruptive and aggressive towards the workers.

“His team requested an escort and were denied and they believed they were being treated unfairly,” several sources have said. “When they voiced their concerns to the airline they were told they could not fly and proceeded on the plane anyway. At that point the Southwest agent called the authorities and removed them.”

However, once Jason and the others who were initially allowed onto the flight boarded, they were reportedly soon after escorted off as security decided to ban the entire crew from the flight.

Since Jason had a show in Los Angeles that night, he was forced to get a private jet in order to make it back in time. Jason posted a video to his Instagram showing himself on a private jet, with a friend behind him saying “you can’t get me off this. ”In addition, sources close to Jason say that he is “pretty mad” about how the whole situation was handled.

“According to our employees, the group refused to follow boarding procedures,” the spokesperson said in a statement. “Initial reports indicate that several customers complained about the group’s behavior. Our crew, responsible for the Safety and comfort of all customers on board, attempted to diffuse the situation; ultimately, local authorities were called and the decision was made to deny boarding to the group.

“The group sought alternate transportation and their tickets were refunded.”

“I had to fire my travel agent for booking me somewhere I wasn’t supposed to be,” he says from his airplane seat in the black and white clip. “But now we’re here, we’re good.”

The camera pans around the private jet to his friend, who adds “They can’t kick me off of this!”

Probably would have been easier and much faster just to go through normal security like every other passenger. Funny, there are so many much bigger celebrities that wouldn’t whine and moan about this, but just work with the issue rather than against it. Can’t wait to see what his contract rider agreement looks like…I’m sure plenty of pretty flowers and those little baby soaps and perfumes.

Despite their recent divorce announcement, Ben Affleck and Jennifer Garner, along with their kids, spent Ben’s 43rd birthday at Universal Orlando Resort in Florida on Saturday.

This surprised many as it had been previously reported that the two weren’t on the best of terms following the surfacing of #nannygate, which refers to the claims that Ben had been having an affair with their former nanny. Although, Ben has denied these accusations on numerous occasions and has actually threatened legal action on a couple of media outlets that have been spreading the rumors.

However, sources at the park said:

“They looked like they were having a great day together smiling and the kids looked very happy and adorable too. The family was just walking around the park like normal people.”

This latest appearance shows that both Ben and Jen are committed to ensuring that their family transitions into their new dynamic as smoothly as possible and trying to keep things as normal as possible for their children. A source close to the family reveals:

“Jen and Ben are still in communication. They are working through the separation for the kids as a family. Ben’s focus has been on his family and his work – with family coming first.”

Jennifer and the kids have been staying in a house in Atlanta, Georgia for the past few weeks while she films a movie. Ben has also been staying on the same property in the guesthouse so he can be close to the kids.