It’s the mid week hump people and there are some juicy stories to tell. Jared Fogle admits to child pornography, Mike Epps confuses Twitter with Ashley Madison and Jason Derulo is still talking to anywho who’ll listen about his Southwest Airlines experience. We reported on this days ago, but he’s keeping it buzzing in the media.

This right here… there are no words. How the hell… why the hell Jared Fogle? Why the hell?

As a result of all of this, his wife, Katie Fogle, is filing for divorce.

“I am in the process of seeking a dissolution of the marriage. My focus is exclusively on the well-being of my children. Neither I nor my family will have any further comment on the matter.”

“It isn’t going to be five years,” US Attorney Josh Minkler told reporters, later adding, in response to a question about whether Fogle might flee, “I don’t think he’s going anywhere… I don’t think Jared can flee very far without being recognized.”

This is truly a sad situation.

Here’s the full list of crimes that Jared Fogle is being charged with. 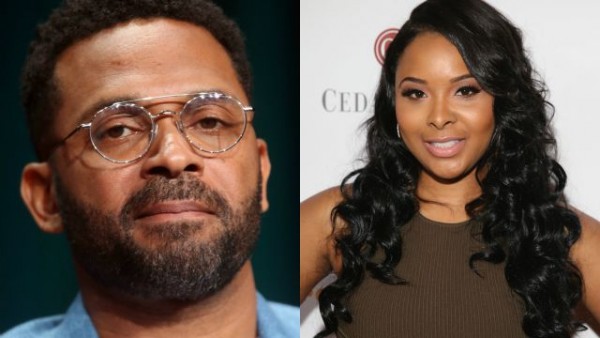 Men of today think they are so slick. Don’t they know women check up on them, even when they don’t see us doing so? It seems like Mike Epps has learned that the hard way. 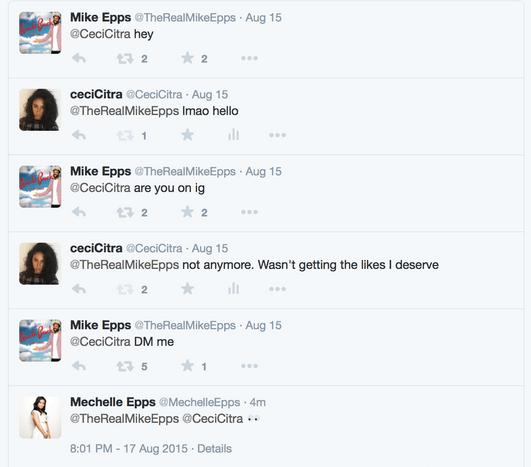 Apparently, he was caught, by his wife Mechelle Epps, flirting with a woman over the weekend on Twitter. Now the way it went down, in some people’s eye’s, may not constitute “cheating” but it does beg the question, why did he tell this woman he was openly conversing with on the social media platform to “DM me?”

His wife got involved in their “conversation” posting an eyeball emoji and tagging her husband and the woman. And speaking of the woman, she is obviously way too into herself, telling the comedian the reason she got off of Instagram when he asked if “are you on IG” is because she “Wasn’t getting the likes I deserve.” Sometimes, there are just no words to describe the entitlement people have.

As of today, Mike has blocked the woman and issued an apology, blaming the situation on his nephew whom he says uses his Twitter account to DM girls. That is so laughable because you are a pretty big star Mike Epps, why would you let your relatives use your social media?

It still seems suspicious if you ask me, but if it is the case, it’s in his best interests to limit who has access to his shit. 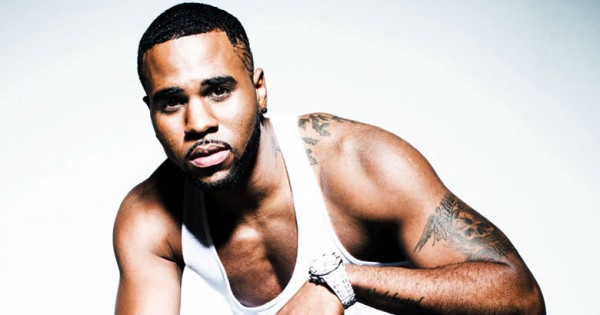 Jason Derulo Gets kicked off a Southwest Flight

Singer Jason Derulo was kicked off a Southwest Flight over the weekend, and he is still running to the media talking about it three days later!  He obviously is upset about the altercation that got him and his crew booted from the flight, but he is even more upset at the fact that people in the media (and social media I’m sure) are saying his arrogance and cockiness lead to the situation.

“If that’s not the humblest shit in the world to fly Southwest, I don’t know what is…It’s a bullshit ass airline. How you going to call me arrogant and I’m flying Southwest in the same sentence? It’s an oxymoron. ”

Granted he does have a point. I mean come on, why are you even flying Southwest Jason? According to his account of what happened, he says that it all started when they refused to provide him with an escort through security to the gate in Reno, NV, which is a norm for celebrities to prevent a scene.

He says he tried to explain this to the desk agent but they kept dismissing him. They had some words, which lead to a confrontation between his people and the airline folks. According to a statement issued by Southwest, they didn’t let them board because Derulo and his people didn’t follow boarding procedures.

From what I can gather, it seems like the airline was being petty. I mean he is a celebrity so I don’t quite understand why they didn’t provide him the security. With that, the thing that has people saying that Jason is arrogant is probably his statement,

“I’m going to buy a jet so I don’t have all these problems.”

Those cost a pretty hefty penny and I guess people feel like if you can afford to get one, the question remains, why were you flying Southwest in the first place Jason?