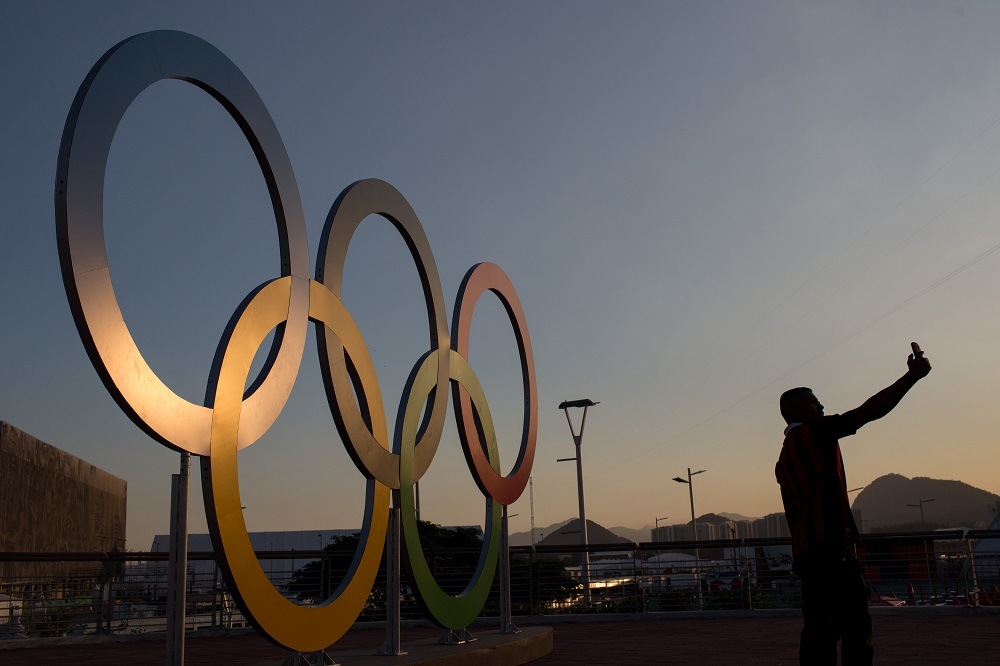 It’s been sixteen years since Nevada bettors can put money down on the games, and the U.S. is already the favorite for odds makers regarding the 2016 Rio Olympics in Brazil.

The odds are good the U.S. will win the gold medal count once again in the Olympics.

The odds are even better this year that there will be some money bet on it.

Bookmakers in Las Vegas are making the U.S. the favorite to defend the gold medal crown from the London Olympics, with an over/under of 43.5 gold medals for the Americans. China is the only other country close to the U.S., with bookies putting that country’s gold medal line at 36.

It’s the first time since the 2000 Olympics in Sydney that bettors in Nevada have been able to put money on the games. So far, they haven’t exactly caught Olympic fever.

“We’ve probably had 10 people come to the counter to bet it,” said Jimmy Vaccaro, who sets odds at the South Point Hotel sports book.

Bookies who can usually pick the spread for an NFL game within a point or two off the top of their head have had to educate themselves on some unfamiliar sports that in any other year would not even attract the attention of bettors looking to make a score.

It’s easy enough to make Michael Phelps a favorite in most of his races, and for Usain Bolt to add three more golds to his growing collection. Not terribly difficult to pick the home country, Brazil, in both men’s and women’s volleyball, either.

But making a line on things like Hyvin Jepkemoi of Kenya to win the 3,000-meter steeplechase (she’s an even money favorite) is a little tougher. So is figuring out that Germany’s Thomas Rohler should be a 5-4 favorite in the javelin.

And with real money at stake, there is little room for error.

“If you put up something that’s a weak line or make a mistake the sophisticated guys will be all over it,” said Johnny Avello, who runs the sports book at the Wynn. “They turn into good bettors if you have something wrong.”

It’s pretty much a foregone conclusion the U.S. men’s and women’s basketball teams will romp their way to gold. The U.S. women are so dominant that they are a staggering 57.5 point favorite to beat Senegal in their opening game, and you would have to wager $200 to win just $10 if you like either team to win the gold.

Just as dominant is American gymnast Simone Biles, who could be the biggest star of the Rio Games. Biles is a 2-1 favorite to win the balance beam and the floor exercises, a co-favorite along with North Korea’s Hong Un Jong to win the vault, and a big favorite to win the all around.

She and her teammates are also whopping 22-1 picks to bring home the women’s team gold.

Since most sports rarely appear on an oddsmaker’s radar, they won’t risk the house by taking huge bets. Avello said he would take “a couple of dimes” ($2,000) on most bets, while most books limit bets to half that.

Betting on the Olympics is nothing new. Betting parlors in Britain did good business four years ago for the London Olympics and have posted odds for years on both big and obscure events at the games.

But bettors in the U.S. have been shutout since the 2000 Olympics because of an agreement Nevada gaming authorities made not to offer betting on amateur sports. The prohibition was lifted in Nevada last year, though, and bookies were quick to post odds.

So far, though, the action has been minimal, mostly what Kornegay calls “grocery store bets” of $10 and $20.

“If America gets into the hype of the coverage maybe it will be more,” he said. “But I think people watch the Olympics more than they bet them. If Serbia plays Croatia in volleyball or something like that, I don’t think we’ll get any bets.”