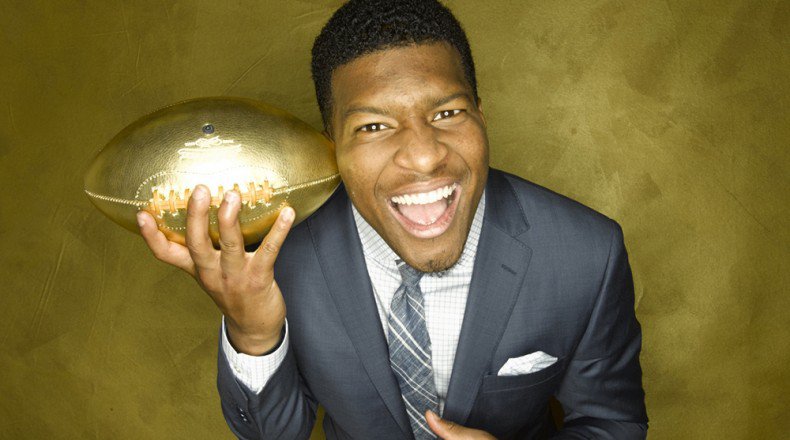 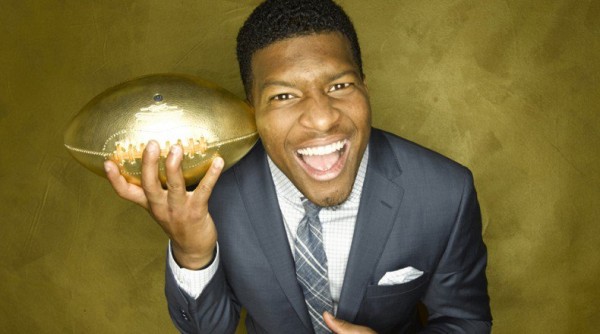 Jameis Winston might have had some troubling issues with his off field life, this didn’t scare off or stop the Tampa Bay Buccaneers from choosing the Heisman Trophy-winning quarterback as the No. 1 pick in the NFL draft. With the Aaron Hernandez trial so fresh in people’s memories, some wondered if Winston’s antics may have given pause to many teams, but that doesn’t seem to be the case. It will be interesting to see if the Bucs create the multi-million contract around this, but we’ll never know unless something major happens bringing it to light. Hopefully, the football player has learned from his mistakes and will prove his words that any team who takes a chance on him, “they’re going to be lucky.”

The Florida State star, who is expected to sign a multimillion-dollar contract with Tampa Bay, was back home in Alabama — leaving an empty stage at the draft venue in Chicago. 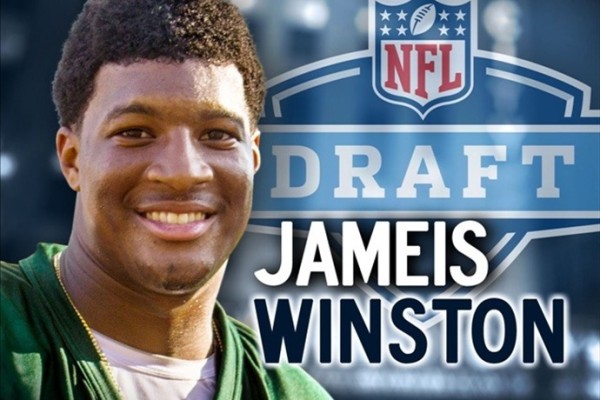 After he was selected, Winston tweeted that he was “so proud to be” a Tampa Bay Buccaneer, adding that it was a “dream come true.”

Dream come true! So happy to be @TBBuccaneers have my very own jersey @Fanatics http://t.co/DwQfzlh2XM #NFLDraft #JameisDraft2015

With Winston off the board, the Tennessee Titans made Oregon quarterback Marcus Mariota the No. 2 pick.

The NFL Players Association told media outlets that Winston could make roughly $24 million for his first four years. On April 17, Nike announced that it had signed Winston.

“The ultimate goal is to win the Super Bowl,” said ESPN football analyst Todd McShay. “And he looks like he’s capable of winning a Super Bowl.”

But Winston had said he’d be at home in Alabama during the draft, surrounded by his family. He posted on Instagram today, thanking his supporters.

Still, though, the 21-year-old All-American athlete, known for his arm strength and agility on the gridiron, continues to be hounded by critics and skeptics because of some headline-grabbing controversies off the field.

At Florida State in 2012, Winston was accused of rape. He maintained that the sex was consensual. No charges were filed in the case, with Florida State Attorney Willie Meggs citing insufficient evidence. Winston was also cleared in a university code of conduct hearing. A day before Nike made the announcement, his accuser filed a civil suit against both him and the university. She also spoke out in a documentary titled “The Hunting Ground.”

Winston was also sidelined for making lewd comments and received a civil citation in 2014 for allegedly stealing $32 worth of seafood from a Florida grocery store. He said that was a mistake.

“All my mistakes make me a better person,” he told ESPN.

Today, his agent, Greg Genske, told media outlets in a statement that with the NFL draft today, Winston “enthusiastically begins a new chapter of his life and is grateful for the support of his family and friends, coaches, teammates, teachers and legions of fans.”