Atlanta Falcons tight end Jacob Tamme just gave a freaking clinic on self-promotion. With all the NFL “most hated player” polls going on lately, Tamme took advantage of the trend.

Tamme took the bull by the horns in the SiriusXM NFL Radio poll to determine the NFL’s most hated player. This obscure player in the ATL (one TD in 2015) managed to beat out Tom Brady, Cam Newton, and Richard Sherman.

Not to mention beating out legit sleazebags like Johnny Manziel and Greg Hardy.

Tamme grinded his way to the top of the hate poll. While Brady was on a beach somewhere living the dream, Tamme was engaged in the process on Twitter.

After seeing his name mentioned in the polling, the nine-year vet actively tried to get the win.

You rookies coming into the League with a degree in Physical Fitness may be confused. You guys should’ve mixed in a few marketing courses.

Why would any player want the notoriety of being the most hated guy in the NFL?

Because now people outside of the ATL actually know who Jacob Tamme is. Winning a hate poll is the best thing that could have happened to a guy with maybe four years left to play pro football. He was even featured on the Falcons’ official website as he dissects the “hateful” tweets he received as a result of his efforts.

Tamme showed his media savvy in ironic fashion as he initially only wanted to beat out Richard Sherman in the polling. Sherman, of course, became a household name with his postgame rant with Erin Andrews a couple of years back. (check it out below)

Jacob Tamme is never going to be the best tight end in the NFL. The guy did manage 59 catches in 2015, but superstar status is not in his future. But maybe a few thousand endorsement bucks could come his way due to his new found fame.

I can see the guy doing a commercial spot for a local car dealership or plumbing company. He might even end up doing more interviews going forward, which could lead to a broadcasting career.

A week ago no one would know who the big bearded man was if they saw him pimping septic tank cleanouts. Now at least Jacob Tamme has some level of name recognition. And that’s more than 90 percent of NFLers behind a dark facemask can claim.

For NFL guys who still don’t understand the method to Tamme’s marketing madness, here’re five ways to get noticed in order to level up your personal brand.

5. Be extra generous to your fans. Most fans will never get a handshake from Tom Brady or Dez Bryant. But a kid would love to get a photo with any guy in a game-worn NFL jersey….even a punter. Cam Newton is one of the biggest pricks in the NFL, but it was hard not to appreciate him handing out footballs to kids after touchdowns last year. 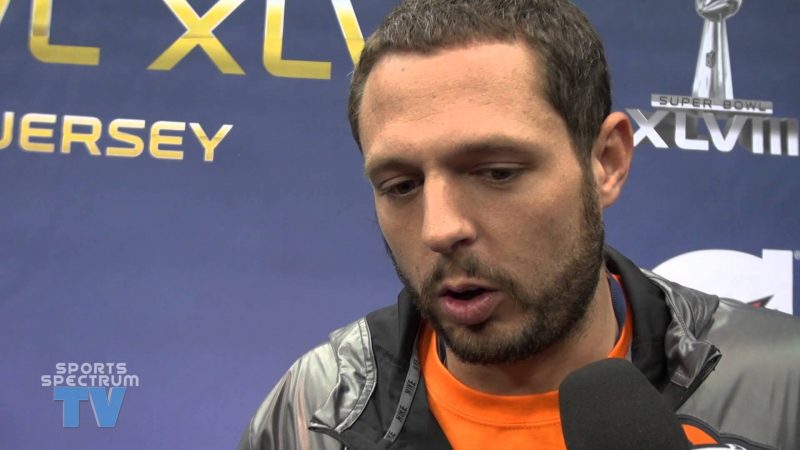 4. Stop taking yourself so seriously. You play football for a living. You are not a scientist capable of saving the environment. Have fun with the media. These guys can be of help to you, and you’re lucky they even want to talk to you at all. Eventually, your career will end, and you’ll wish someone would stick a mic in your face. 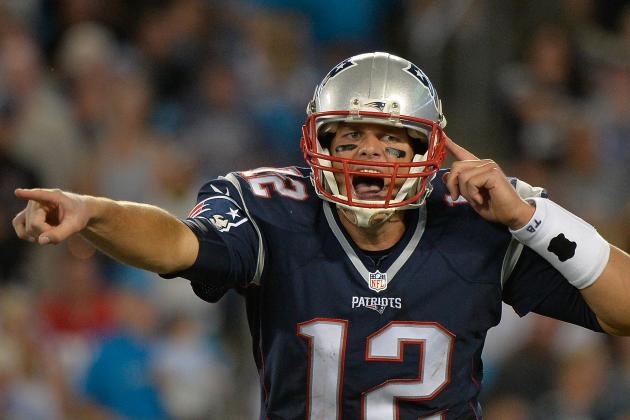 2. Come out of your shell in your own way. Marshawn Lynch proved you don’t have to be a motormouth in order to create your own brand.

1. Follow the rules of the NFL. They are your employer. Just don’t become their robot. There are tons of ways to stand out from your fellow players. Do some amazing shit whenever you get the chance. Hanging out at the clubs and dropping crazy money on cars does not count. That’s the norm among your peers.

Instead, do something that will inspire those even outside the football world.