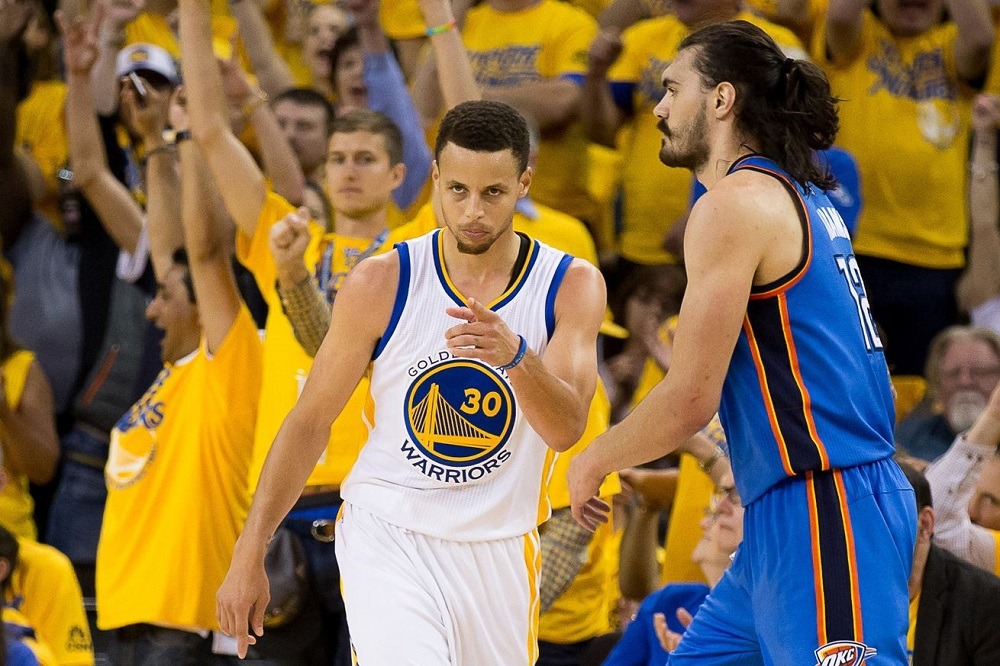 After back-to-back blowout losses, the Golden State Warriors had no choice but to play their best basketball in Game 5. Their 120-111 victory over the Oklahoma City Thunder keeps them alive; however, they’re anything but safe as the series shifts back to OKC for Game 6.

“None of us want to go home,” said Klay Thompson after the win. “We’re having too much fun out there.”

The truth is, if Game 5 did anything, it exposed half of the media as liars. Stephen Curry isn’t injured. Both he and Warriors head coach Steve Kerr admitted that after the Game 4 loss, and if you watched even five minutes of Thursday’s game, you could tell nothing was bothering the unanimous NBA MVP. Nonetheless, leading up to this game I heard everything from his ankle to his elbow was broken—or at least that’s the way it was portrayed.

“I thought he looked like 91 percent,” joked Kerr after the game, throwing shade on the outlets that labeled him less than 100. “He came out and played a really good game. That’s all I can tell you. He’s going to compete every night. He had an excellent night and helped us get it done.”

Despite Steph’s high-caliber performance, Thunder stars Kevin Durant and Russell Westbrook laughed at the idea of the unanimous All-NBA First-Team selection being “underrated” on defense. Westbrook literally laughed after hearing that question.

“I mean, getting steals, I don’t know if that’s a part of playing defense,” responded Durant. “He’s pretty good, but he doesn’t guard the best point guards. I think they do a good job of putting a couple of guys on Russell from [Klay] Thompson to [Andre] Iguodala, and Steph, you know, they throw him in there sometimes.

I smell a Game 6 storyline in the making! Westbrook has absolutely embarrassed Steph in three out of five games so far, so I don’t think head coach Billy Donovan will lose much sleep over it.