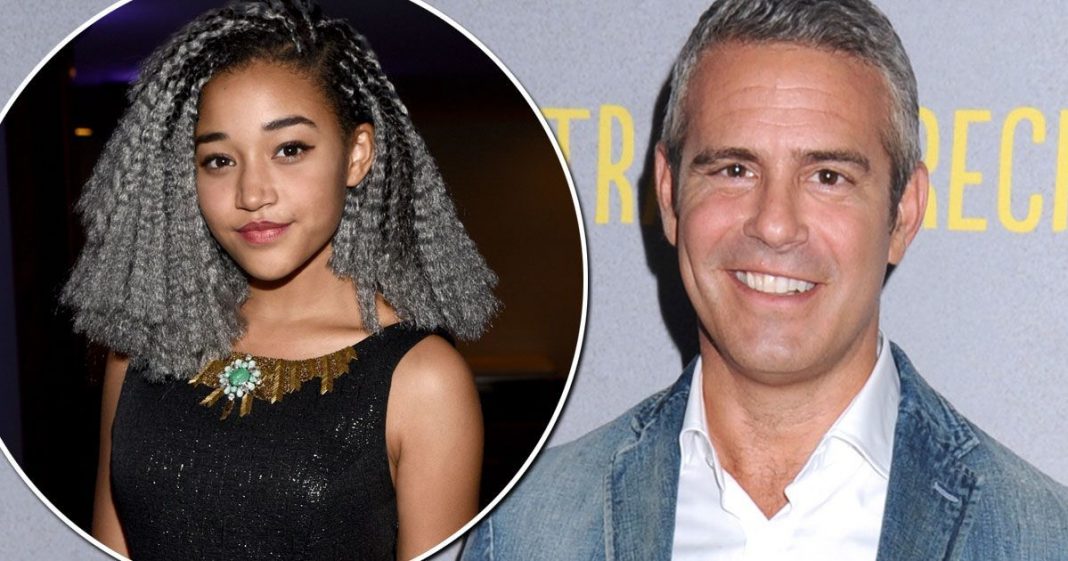 It is Wednesday folks and the rumor mill is all kinds of crazy today from Andy Cohen and Laverne Cox caving in to pressure and apologizing for something they didn’t have to. Chris Brown got robbed and his poor aunt took the brunt of it all. 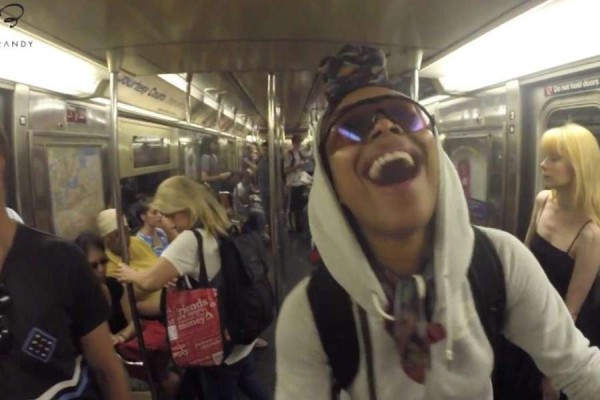 Brandy Sings and No one Cares

A video of Brandy Norwood has gone viral. In it, the singer is seen on a train in NYC singing. She is in disguise and I guess one of her people is recording her. So the chick starts singing “Home” from The Wiz and literally nobody bats an eye. They don’t say anything they just keep going about their business. One sweet man though encourages her to “keep at it” because she really has talent. 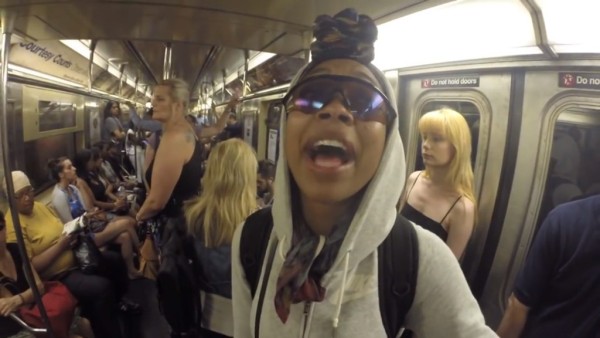 Now here’s the thing- why was Brandy on the train in the first place trying to get people to care about her? I mean, she didn’t even come off as serious in my opinion. She says that she was singing her heart out, but she wasn’t. She was joking around from the time she stepped foot on the train and while she was singing so of course no one is going to pay any attention to her. She’s not even taking her self seriously. It would have also helped her caused if she was going somewhere like 125th street in Harlem. 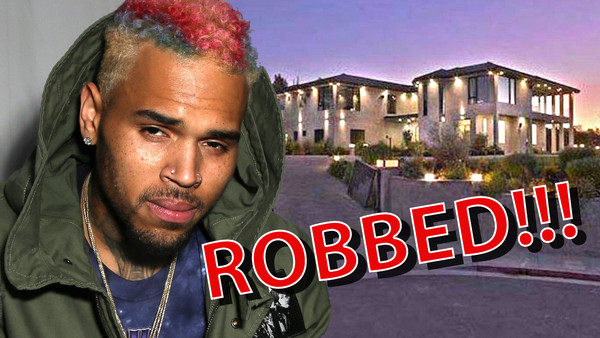 You don’t always know who to trust in the game called life and when you are famous, it is even harder because a lot of times, people are just not what they seem.

This might to be the case for Chris Brown. According to his mother, Joyce Hawkins, the men responsible for holding his aunt hostage while rummaging through his house were a few of his homeboys.

Three robbers broke in, knowing that it was Chris Brown’s house, held his aunt at gun point, locked her in a closet and took their leave throughout the singer’s home. It all started around 2:00am this morning in the valley where Chris lives.

The reason to believe that this was an inside job as Chris’ mom suggests is because it was almost like they knew he would be at a pre-ESPY awards party where he served as the host. He wasn’t there long, but it was long enough for the break in to happen. And going from Hollywood to the valley, that is enough time for them to get what they wanted.

Details are forth coming and I am sure that authorities will get to the bottom of this and if it is some of is homies, he should really listen to his momma and her advice to get rid of them, or maybe he should just listen to her period. 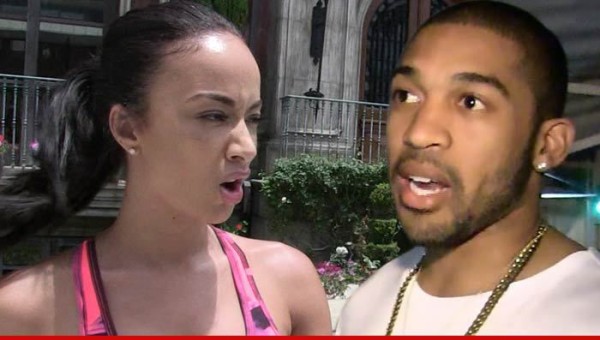 He goes from saying how much he still loves her to getting a restraining order against her. Orlando Scandrick may fear for his life when it comes to Basketball Wives star Draya Michele and that is more than likely the reason he has taken legal action to keep her away from him.

A judge granted the restraining order request after the Dallas Cowboys star claimed she was a terror to him, sprayed him with pepper spray and pretty much abused him in many ways. Because of an attack stemming from some time in April, he says that he has suffered bodily injuries among other things.

Furthermore, Scandrick claims that on July 3rd, this bitch went berserk on him in the wee hours of the morning, throwing a porcelain jewelry case at him and threating to blind him with bleach.

There is more that he says she’s done and damn, it’s a lot. What the fuck is wrong with her? I knew this chick was no good and it is clear that she has been getting by on her looks. There is no need for all of this. And I know that there are two sides to every story but for all the shit she did to him, she better have a damn good reason. 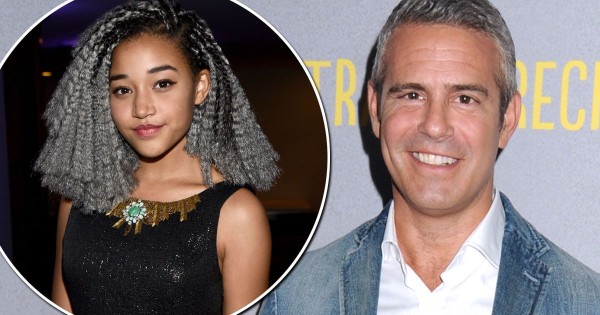 Andy Cohen’s Comments on Amandla Stenberg Taken Out of Context?

People, black people in particular, are all up in arms about Watch What Happens Live’s Andy Cohen giving the daily segment, “Jackhole of the Day” to Amandla Stenberg for calling out Kylie Jenner for wearing corn rolls.

Only he didn’t give her “Jackhole of the Day,” he called their going back and forth about the corn rolls the “Jackhole of the day.” This is my issue with black people. I love my people, and by no means am I an Uncle Tom or coon, but this shit really burns me up. We are so ready to get all up in arms and “#boycottebravo” because we take shit out of context.

I get so fed up with it because it’s not really for a cause or a movement that matters, it’s to get more twitter followers and to have a platform to “put yourself on.” 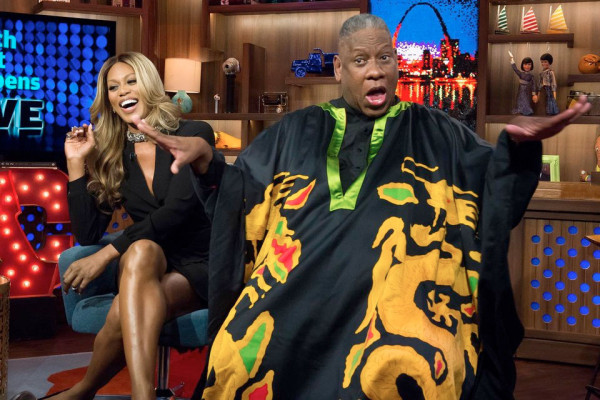 Naturally the execs at Bravo forced Cohen to make an unnecessary apology along with Laverne Cox, who was on the show. People felt that she should have called him out since she was there with him. When will the PC morons of the world take that enormous stick out of their ass and try something more pleasant up there?