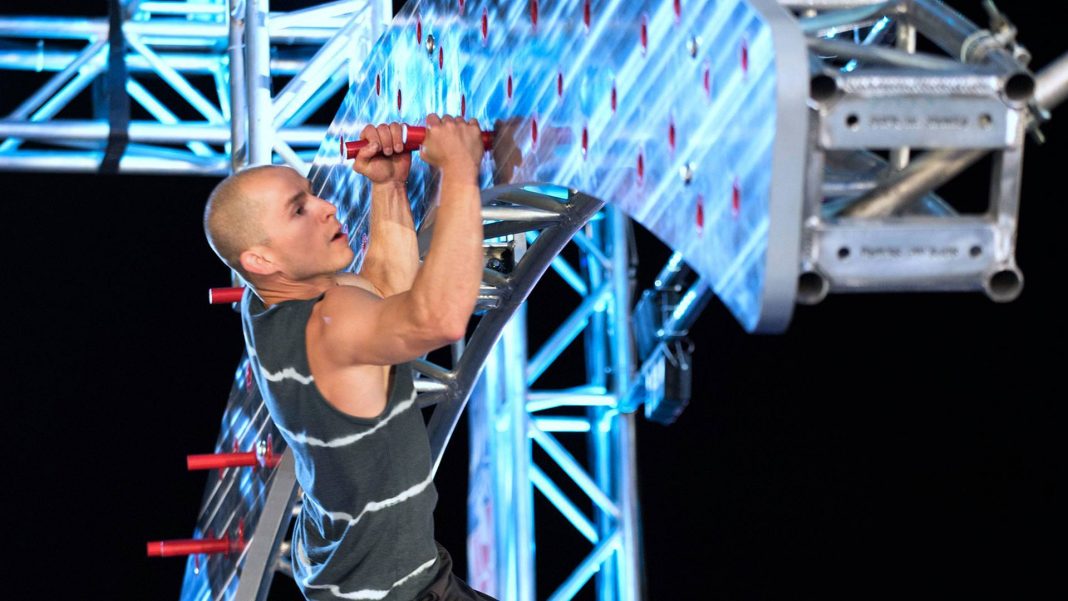 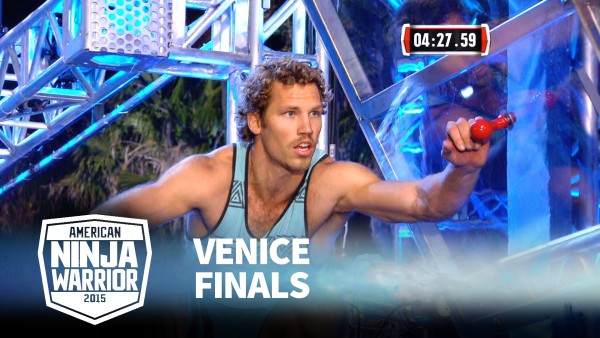 Recapping episodes of American Ninja Warrior is going to be a bit like running these insane obstacle courses. How do I describe a sport that is totally off the wall, but still shows off athleticism at its finest? We are about to find out as we dive into this week’s episode featuring athletes trying to get past the Venice Finals and move on to Vegas.

The Venice Finals featured 30 athletes, with the top 15 at the end of the show awarded a trip to Vegas to continue their quest to be crowned American Ninja Warrior. Matt Iseman and Akbar Gbajabiamila called the action along with co-host Kristine Leahy on the ground level with up close post run interviews and analysis. These three seem to be into their work and do a nice job of entertaining while also providing key info on the athletes and each individual obstacle. That’s very helpful to folks that are new to ANW.

The first athlete up was a beefed up guy named Rashad. Dude ate gym rats for breakfast. Kid was solid….a bit too solid. He wore himself down on the Spin Cycle then was put out of the run on the Hourglass Drop. These bigger guys may be strong, but holding on for dear life with an extra 30 pounds is tough, even if it’s 30 pounds of muscle.

Next up was “loin cloth guy” Ben Melick. This contestant was super fit, but needs to work on his shtick. Acting like Tarzan isn’t going to land him any cameos on prime time TV. He should seek a branding agent of some sort or read a Seth Godin book. Melick made it past the super hard Hourglass Drop, but was unable to pass the Rumbling Dice section. He could not budge the heavier dice bar. Keep that in mind when we get to the only female competitor.

We got a good back story from Justin Tirado who overcame Anemia through the help of his sister’s stem cells. Dude was super sick, but recovered and became a potential Ninja. This man didn’t have the look of the previous athletes. He actually kept his shirt on. He was very fluid in his run, but was another victim of the Hourglass Drop. He went fast, not far, but still managed to move on to Vegas for next week. Super fast times are important when most contestants are getting knocked off around the same obstacle. 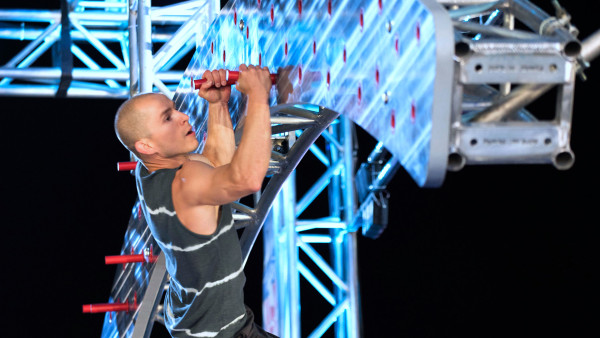 We saw some awkward falls, but nothing like on the wacky show Wipeout. ANW actually has real athletes as opposed to Wipepout which seeks out smokers and donut lovers from what I’ve seen.

Of course there are going to be characters of all kinds that try to use their run to get another 15 minutes of fame. This dude ran the course in his Boy Scout uniform! Actually he is an Eagle Scout, not an easy thing to achieve so he was a real threat. His back story featured him eating some road kill so he is Walking Dead worthy. Being the Daryl Dixon type didn’t help him navigate the Hourglass Drop though. He’s lucky he left with his ACL intact after that spill from the trampoline. Cockiest Eagle Scout ever. Kid wasn’t afraid to touch the co-host to correct her Boy Scout salute.

You would think a circus performer would breeze through most obstacle courses. That’s the way it looked early on as Almas Meirmanov sped through the first few tasks. He met his match on the Salmon Ladder though. Might want to mix in some practice Almas. He looked like he had never even seen this portion of the course.

Think a high wire artist can achieve the title of Ninja? That remains to be seen. Ryan Robinson finished 9th at the end of the night, but his weakness was…well his weakness. He couldn’t hang on long enough at the Rumbling Dice. More than one athlete hung on too long in this section instead of trying to swing to safety when they had the chance. 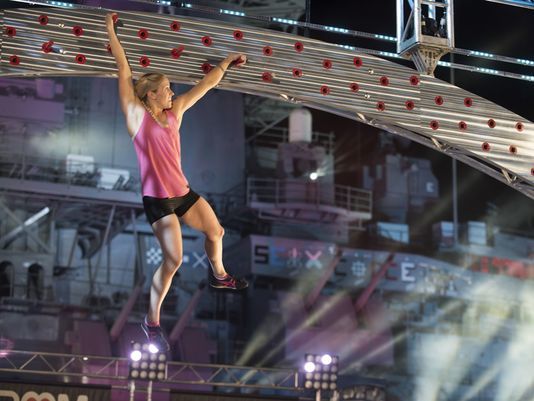 The highlight of the night was Jessie Graff, the only woman in this city final. She is a stunt woman and a beast on the course. She ran a smart race and showed she was just as athletic as any man there. She conquered the Warped Wall (4th lady ever) and the Salmon Ladder (second lady ever) before shaming the guys on the Rumbling Dice. Looking right at you loin cloth guy! She made short work of that portion of the course. The Clear Climb finally got her as she had a hard time reaching the holds on the 35 degree wall. She ended her night at 6th and punched her ticket to Las Vegas. She was simply awesome.

Maybe the most inspiring story of the night came from Grant McCartney. The man had lost his mom and clearly had not gotten over it. He was nearly sobbing during one interview. You could see how much he missed his mom and how crushing it was for him that he would never see her again. He had dedicated himself to winning the ANW competition in order to move forward from his mother’s death. The crowd was really behind the guy as he moved through each obstacle. He was so close to getting past the Clear Climb, but finally fell into the water. Ain’t no quit in this man and he will be a real threat in Vegas next week.

David “The Godfather” Campbell made things look easy. He was as smooth as anyone there. It looked like he showed up for his run right after leaving his job. Guy was wearing pants and not the athletic variety! That didn’t hinder him as he blew past each section of the run until he got to the Invisible Ladder. He made it almost to the top but was absolutely gassed. Campbell wrapped up 3rd place on the night.

If the road kill eating Boy Scout wasn’t the weirdest cat on the show, then it was Nicholas Coolridge. This dumpster diving nut got through the entire course, the only athlete to do so on the night. The guy was super fit and maybe some of that dumpster food had some special bacteria that made him immune to gravity. All I know is that this rookie was impressive. This course design was crazy difficult and he conquered it.

The popular Kevin Bull came close to Coolridge’s feat, but was unable to make it all the way up the Invisible Ladder. Trying an alternative method helped him a bit, but he just didn’t have anything left to get all the way up.

Lessons learned this week on American Ninja Warrior:
– Don’t underestimate the females.
– Don’t wear a loin cloth or headband on the show.
– Hanging onto high bars too long is a major mistake that costs contestants eventually through fatigue.
– You don’t have to be a veteran Ninja to have a shot at winning this thing.

I’m looking forward to next week’s episode as the stakes get higher and the pressure grows. Las Vegas is the perfect setting for some high stakes action. I wonder if I can bet on….