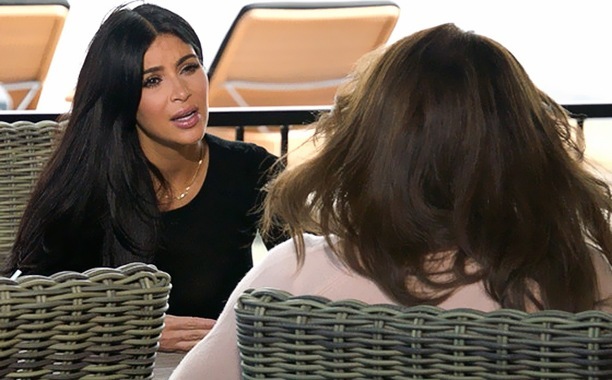 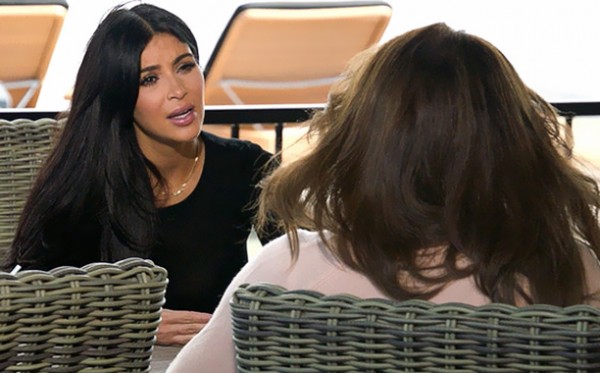 Episode 4 of “I Am Cait” is called “Family Interference,” and shows Caitlyn confronting her family, Kim and Khloe specifically, about some issues that arose after her Vanity Fair article was published.

Kim is the first to visit Caitlyn, as she wants to try and mend some of the issues that were putting a wedge between the family members. Kim explains to Caitlyn that some of what she said in her interview came off differently then she probably thought it would.

Kim first points out that the way Caitlyn described her daughters Kylie and Kendall as “distractions” was hard for them to read and although she didn’t mean it to come off that way, it did. Next, Kim brings up the quote from Caitlyn where she said she would still be with her ex-wife Kris Jenner if she were truly accepting of who she was.

Kim explains how upset this has made Kris and how unfair it is of Caitlyn to say; She explains, “If you’re a woman, [Kris] is not a lesbian. She does not want to be with a woman. That is not fair to ask.”

Although Caitlyn remains adamant that what she said in the article was how she was truly feeling, she reveals to Kim that she doesn’t want to hurt anybody or tear the family apart. She is especially concerned with Khloe, who recently sent her intense texts following the article, as she was upset with the way Caitlyn had portrayed Kris.

Kim and Caitlyn agree that there has to be steps made in order to have the “family unit going again.”

This week, Caitlyn is also invited to an all-girls sleepover at trans-actress Candis Cayne’s house, Caitlyn, who is rumored to be romantically linked to Candis, enjoys herself as she tries on some of Candis’ lavish gowns and flashy dresses.

However, when it comes to dating Caitlyn admits she has no idea how she is going to go about it.

The next day, Caitlyn sits down with Susan Landon who works for the L.A. Transgender Center. She begins discussing her relationship with her family since her transition. Caitlyn reveals she has had very minimal communication with her family since her transition went public. She emphasizes that Khloe is having the hardest time with the transition, mostly because of what she said about Kris in the Vanity Fair article. However, Caitlyn feels as if she is not getting a fair chance from her family for acceptance, as they are only listening to Kris’ side of the story at this point. Susan, who has worked with plenty of family’s going through the same process before, tells Caitlyn that she “can’t force acceptance.”

Later in the episode, Caitlyn and Candis go to the Children’s Hospital in Los Angeles to sit in during a Transforming Family meeting, which is a support group that helps families of gender diverse kids. Chaz Bono, who also came out publicly as a transgender, facilitates the group. Caitlyn and Candis are able to listen to the stories of kids transitioning and talk to their families about how they can support their journey.

Although this episode was heavily focused on the issues amongst the Jenner and Kardashian clan, the show still manages to demonstrate how Caitlyn is immersing herself into the trans-gender community and trying to make a difference. 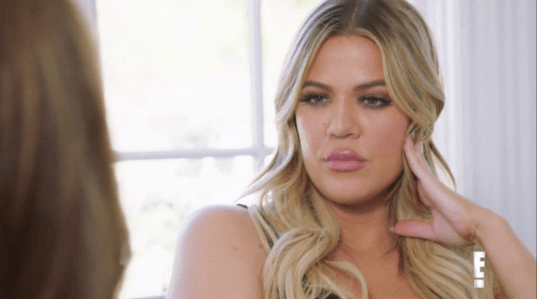 At the end of the episode, Caitlyn goes out to Khloe’s house to try and sort out the conflict between them. Initially the two seem to be fine as they talk about going to get eyelash extensions together, however things get more intense as they begin talking about Caitlyn’s VF interview and the “tough” texts Khloe sent to her following it.

Khloe explains that the family is there to support her, however no one felt it was necessary for her to bring Kris into the article. However, Caitlyn tells Khloe that Kris constantly made her “hide” who she was. Nonetheless, Caitlyn doesn’t blame Kris and wishes she would stay in contact with her. Khloe expresses confusion to why they aren’t still talking, especially as they were married for 23 years and share two kids together. 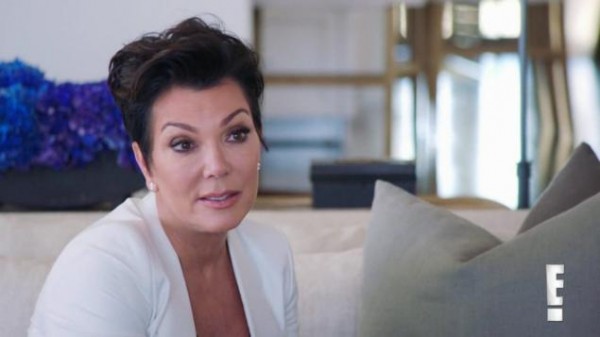 Caitlyn then brings up her comment about Kylie and Kendall being a “distraction.” She says that she meant this as them being a distraction from her “true soul,” not just a distraction in general. Khloe says she understands this, but they had a hard time reading the comment, especially Kendall in particular.

Caitlyn reassures Khloe she didn’t mean to be malicious in anything she has said and the two seem to clear things up. At this point, it seems Caitlyn has realized that she is going to have to be the person who reaches out in order to bring her family together once again.

The next episode features Caitlyn taking on a Pride event with Candis, accepting her award at the ESPYs and being confronted by Kris for saying their life together was merely a “distraction” from who she truly is.