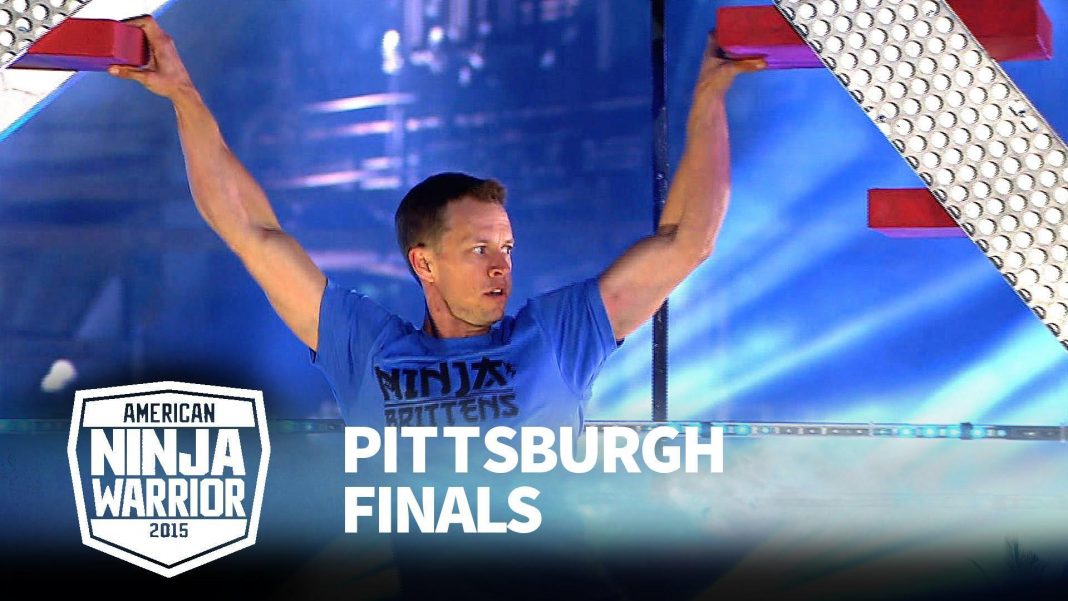 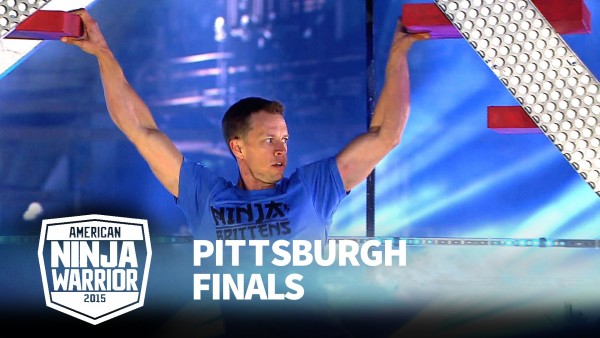 “American Ninja Warrior” made a stop in Pittsburgh for another city finals event, this one featuring a very tough obstacle in the form of Floating Monkey Bars. We witnessed a superhero competitor, an impressive old gymnast, and one female runner. Other than an all-time great defense in the late 70’s I have no idea where Pittsburgh got their rep for being such a tough city. I don’t think they have invaded and conquered other cities, but no Steel City sporting event can go on without the commentators talking up the toughness of the citizens there.

Let’s break down the action….

Not the best athlete? Just make an awesome interview video to get on ANW like Danny Johnson. This guy poked himself in the eye early on the course, a most unusual tactics, then fell into the drink with a casual dismount. More focus and less video editing sir.

Pavel Fesyuk is likely the first pest control guy to be on Ninja Warrior. He took the time to make viewers dislike him early on as he took a selfie. He had a decent, yet ugly run. His luck ran out when he was dropped by the Floating Monkey Bars. He would be one of many victims of this portion of the course

P.J. Granger was a crowd favorite from the tiny town of Bedford, Indiana. This guy is just a regular Joe working in construction. He took weeks off work to get his shot at Ninja fame. No small sacrifice when most folks live week to week. The recovering alcoholic had folks donating to help him pay for the trip and he really inspired his community. The Monkey Bars took P.J. out, but not before he grabbed a spot in the nationals.

It’s amazing to hear the stories of multi day waits in line just to run in the qualifiers. This obstacle course means a lot to so many athletes and their families.

Sean Darling-Hammond had a super clean run going. This idealist was easy to root for as he made it all the way to Doorknob Arch. His early dismount cost him as his run ended so close to getting a shot at the Invisible Ladder.

This guy named Luciano didn’t even make it past the first obstacle, which no one even knows the name of so we will just say he fell off the Entrance Ramp. Pretty embarrassing.

I have a soft spot for the old guys, since I can relate. 56 year old Miles Avery is a beast just for making the city finals. He just lost his balance on the very difficult Snake Crossing. This was no cake walk and bit more than a few competitors, ending their shot at Vegas.

Jamie Rahn was a real character. He evidently loves NBC as he had an entire superhero suit with the TV network letters on the front. The guy was real fan favorite and with his five yearsexperience, a favorite to win in Pittsburgh. He made it all the way to the Invisible Ladder, and with an awkward style came within a few feet of finishing the course.

You have to know your body so when you get to this last obstacle, you can choose to rest, hoping to finish. Or if you are 90 percent sure you are gassed, just jump on the Ladder to save precious time.

Geoff Britten was a phenom. His workout video featured a one armed Salmon Ladder climb! Dude is strong as hell. His forearms were big as his biceps. His grip was something special and the man could probably choke a full grown baboon to death with his bare hands. He made short work of Doorknob Arch and the architects of that obstacle started redesigning it as soon as he destroyed it! Dude climbed the Invisible Ladder with ease and whacked the buzzer to finish the very tough course. There was a 15 minute delay as workers installed a new buzzer after this physical freak pounded it.

I’ve got no problem with a little showboating, but it sure could cost a runner some crucial time. Mike Bernardo was a six year vet who should know better. It didn’t hurt his placing however. He wound up at number seven and will take his fireman act to Vegas. He had a solid upper body that was more suited for flexing than for passing the Doorknob Arch.

It’s cool to watch Ninja Warrior just to see the different jobs these people have. Who would think a crash dummy engineer would be good at running obstacle courses? Adam Mihm was very good and will head to Vegas after a fast run that ended at the Floating Monkey Bars. Kid needs a better nickname. Can’t just use an initial then stick “train” at the end.

The lone female competitor on the night had a short run. Michelle Warnkey thought long and thought wrong on the Snake Crossing. This little tilting bridge is not impossible to walk slowly across (easy for me to say). Her leap was way off, leading to an epic fail and disappointment.

It would be nice to see more women do well in this sport, but I know they would not want an easier course designed just for female athletes. 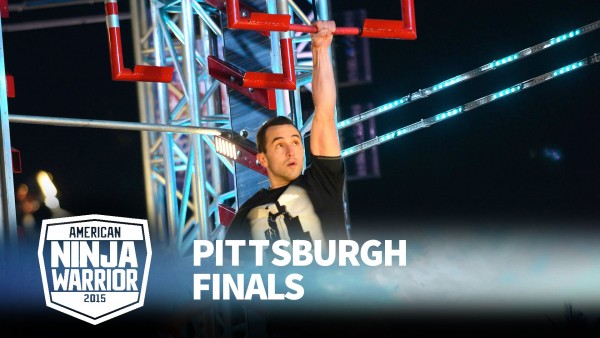 The crowd got a real treat as last year’s best Warrior made an appearance. Joe Moravsky was super smooth, making it hard to believe he is a weatherman. The crowd was jacked up for this cat! He barely made it past Doorknob Arch then struggled up the Invisible Ladder. Even after losing his grip on one ring at the top, this super athlete managed to hang on with his feet and one hand to reach the platform to ring that buzzer. Moravsky had an epic run, but still paled in comparison to Geoff Britten, who made it look sooo easy. He finished second, behind only Britten.

Elet Hall flew through this course. That would be my strategy. Not many finish the entire course, and most fail on the same portion. I would just go as fast as possible hoping to outpace at least 15 of the others. His insane training video made me wonder how this guy doesn’t stay hurt. He was pretty amazing to say the least. His run was about as impressive as his training vid, but he lacked the strength to get past Doorknob Arch. If this thing came down to a tiebreaker arm wrestling match, Geoff Britten would slaughter Mr. Hall.

Check back next week as ANW heads to San Pedro for The Military Finals. Can’t wait to see what these real life Warriors can do!