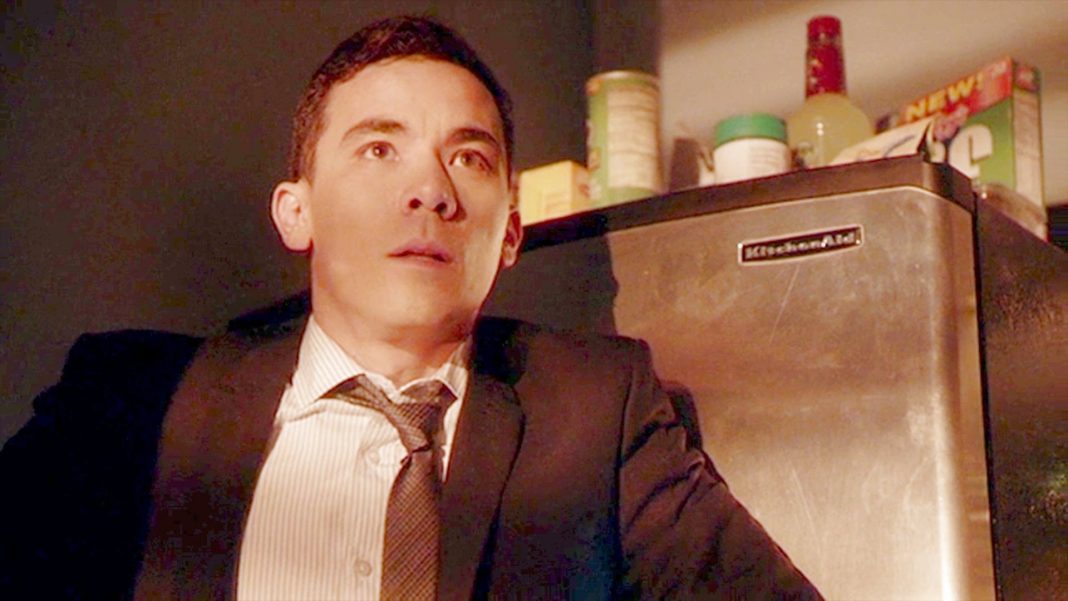 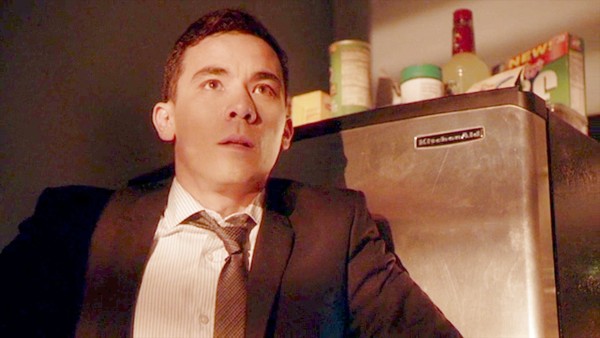 There are pretty much no words for how much I am looking forward to How to Get Away with Murder next week. The show was good this week, and the stakes are so high right now, I can barely stand it.

Nate and Annalise finally get it on again. It’s been a while. Actually, just about everyone has sex, at the same damn time, at the end of this episode. Frank and Laurel, Michaela and CALEB (Yes honey) Ollie and Connor (no he’s not dead) and, of course, Annie and her chocolate hero.

The action picks right up from where it ended. We see what happened to Ollie when Philip, they guy they were tracking as a suspect in the Hapstall case, sneaks into his apartment. He says that he was not there to kill him and apparently he just wanted to talk and know why they are coming for him. So when Connor panics and storms over to Annie’s when he gets home and his boyfriend is gone (and there’s spilled milk, literally), things calm down as Nate (he was visiting) calls in a missing person’s report, because Ollie shows up… with Philip. They talk, and Annie takes responsibility for everything. Philip tells her he blames her and plans on suing. She plays coy and asks him what he wants. “I don’t know yet,” he tells her. After he leaves, she confides in Nate and Frank that this could ruin her. Nate tells her he’ll handle it.

While they deal with the situation on their end, the students search for clues of DNA that Philip may have left behind. Only they don’t have to because Ollie took the straw he was drinking out of at the café before they headed to the house.

Laurel’s role in the crew grows as Bonnie is MIA. We don’t see much of her this episode aside from her sitting in the shower having flashbacks about her conversation with Annalise. She makes her the “new Bonnie” and the Latina doesn’t do too shabby of a job.

The Keating Five is swamped with paperwork from ADA Sinclair as boxes on top of boxes of files are delivered to the house. As time ticks on, while Annie speaks to them about the case, she gets a phone call that Sinclair wants to offer Catherine and Caleb a plea deal.

Annalise and her clients visit with the ADA, and she tells them to each take 15 years for the murder of their parents. It is out of the question for Annie, but they tell her they want to think about it. Really guys? Sinclair gives them till 5 pm. After their meeting, Annalise tells them that it’s a good sign that Sinclair gives a plea deal as it means she is nervous.

But we find out that the real reason for the deal is because she has wiretapped the house. Yep, that’s right. The files that she sent over had a bug in them and thanks to Asher realizing that she planted one after not being able to get permission from a judge because Asher refused to testify, they rummage through the boxes. Using code words and silent gestures, they look for hours. Finally, when Connor writes #Asherfail on a notebook and shows it to the rest, Asher realizes that the bug is in the pen that the deliveryman left.

So what does Annalise do? Feeds Sinclair fake information about the Hapstalls that they did kill their parents and that the gun his hidden in the basement of her their house. Because she has no chill, the ADA brings a buttload of people to the Hapstalls to search the premises, and they find nothing. “Well search again,” she tells the head guy. But there’s no need as he tells her “we already did.” Sinclair wants to know the time. “5:15 pm.” She looks at Annie because the deadline has passed for the plea deal.

But that is not the end of the ordeal because Catherine then turns around and takes another plea deal that would give her ten years in prison and her brother none. Annalise is livid and rushes to tell her “don’t take it” and to cuss Sinclair out. She finds out not only is there nothing she can do but that she has one hour before standing before the judge to accept the deal. She puts her team on it.

Speaking of team Nate is doing his part. He reports that Philip is making a statement then does something very dangerous. He breaks into his criminal record and changes it to make it look like he reports stalking all the time. Wow, Nate, that’s pretty gangster.

At the house, the team goes through everything they can find to help Catherine but come up with nothing. They are out of time and Annalise stalls for as long as she can, waiting to hear from them. The judge then orders Catherine to stand and explains to her what taking the deal means. Just when she is about to accept it, Frank comes through. Earlier, he tried to get his connect at the hospital to run Philip’s DNA but she refused because she found that it’s too risky. After begging her to no avail, he takes $50,000 from his suitcase of money and gives it to her. He brings the DNA to Annalise in the 12th hour that puts Philip at the crime scene AND proves that his birth parents are the racist dead aunt and the dead Hapstall dad (yes incest). Catherine is relieved and doesn’t accept the deal.

Only we find out in the end that she is working with Philip. After she gives West one of the portraits she drew, he realizes that he saw one just like it in the picture of Philip. At the same time, not only does Caleb show Michaela a gun he found (after they had sex) in a vent, we see Philip get in the car with Catherine.

What the hell is going on? We’ll find out next week.