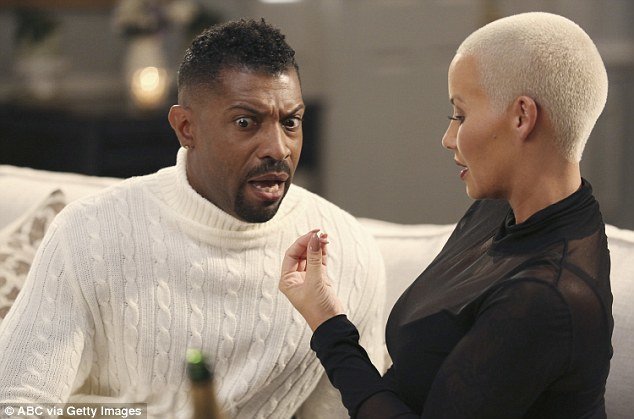 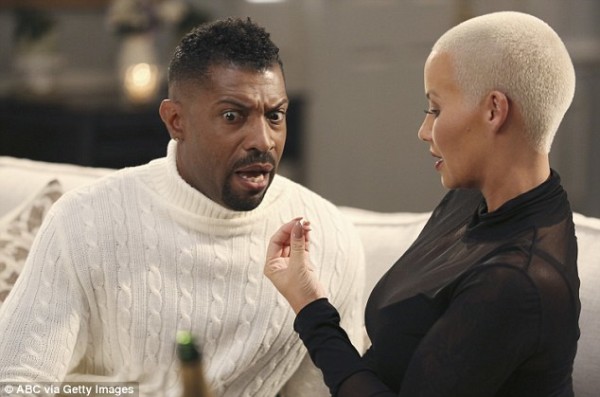 This week on Blackish, Zoe goes to college! Well not really. She visits one, Bow’s alma mater Brown University.

Dre has an issue with this for two reasons. He doesn’t like to fly, and he doesn’t want this daughter to go to an Ivy league and become a snob that name drops her school every chance she gets; like the guys at his job.

At the house, Junior is appalled that his parents want to get a babysitter to watch them while they are gone. He feels that he is more than capable of taking care of the house and his siblings since he’s 14 years old. But Diane lets him know that anyone is better than him because, “He’s a joke of a man.” Wow.

In Zoe’s room, Dre and Bow talk to their daughter about school. Zoe is super excited about going to college and while her parents are too, Dre rather she goes to a UC school. He even bribes her with a Telsa. That would be all I need to hear.

On the plane, Dre is almost all the way out of it, you know since he takes meds to handle his flights. Bow, who is sitting in first class with Zoe, asks him if he called the babysitter Charlotte and he, pretty much gone, says yes. But since he really didn’t, when she goes to her seat, he calls Charlotte. Only he doesn’t call Charlotte but accidentally calls Charlie, who is more than happy to babysit his coworker’s/friend’s kids. He even leaves his own son to do it.

He shows up at the house, and the kids are in for a very interesting time with Uncle Charlie. Diane doesn’t like it from the start and predicts that whatever goes down will be disastrous. He and the boys play video games, and Diane sits at the table looking at them in disgust. “Look at them, two jokes of men bonding.” Charlie tells Junior that he could have handled watching them, and the young Johnson agrees. Then, Charlie gets a face-time call from Dominique, the only woman he ever loved. But since his “face game is weak” and he doesn’t have the house or job that will satisfy her, he doesn’t answer it.

Junior has a solution to Charlie’s issues. He devises a plan that involves telling the love of his life that the house and everything in it (including the children) are his. Junior is going to Nancy Meyers this situation (It’s Complicated, As Good As it Gets), Diane Keaton all white outfit and everything.

At Brown, Dre, Bow and Zoe stay in the dorms, to Bow’s excitement. Once settled in, she calls Charlotte to check on the kids. The way the conversation goes, however, Bow has no idea that Charlotte isn’t watching the kids, and Charlotte has no idea why Bow is blowing her kisses and saying “Byeeeeee, Byeeeee, I love you.”

During the tour, Dre continues to find everything little thing to discourage Zoe from going to school on the east coast. He talks about the harsh winters and how at the end of each May when the snow melts, dozens of frozen bodies are found. Of course, she doesn’t buy it, and Bow sends him away to Andrews’ Hall where there’s a DIY calzone station. But Bow isn’t that much better. Her overzealousness embarrasses Zoe and makes her second thinking Brown as her university of choice.

Back at the house, Junior and Jack get things ready for Charlie’s date. Only the man of the hour has locked himself in the bathroom; something Diane happily lets’s Junior know. But don’t worry, it’s only to sing D’Angelo’s  “How Does it Feel” in the mirror, you know, to hype himself up.

The doorbell rings, and when he opens the door, bam, it’s Amber Rose… playing Dominique that is. “Damn.” He tells her she looks good, she says’ I’m wearing “Dominique for Dominique by Dominique.” Charlie tells her “I’m wearing neck by turtle.” Hilarious! He is killing it.

“You’ve really gotten it together,” she tells him after a tour of the house. They have a kiss and the kids watch. Diane can’t believe what she’s seeing. “This will never last.” Charlie goes in to kiss Dominique again, and she stops him, “Babe you are really sweating.” He excuses himself to the kitchen where he tells Junior he can’t do this, but he’s not having it. “We need this.” Charlie wants to come clean and be himself. “I gotta come real, tell the truth… she’ll be upset but realize I only did it because I care so much.”

That’s what he does, and it doesn’t go so well. “I just wanted to impress you.” She storms out in disappointment and Charlie demands to be cut out of his turtleneck as he retreats to the bathroom.

After everything is said and done, Jack and Junior join Charlie in the bathroom and this time, he sings Toni Braxton’s “Unbreak My Heart.” Since Junior told her she won and everything was ruined, the baby Johnson feels bad. She walks in on them and asks to speak to Charlie. “Why so you can gloat?” She tells him no and then apologizes and says that she’s wrong. He is a good guy and one day he’ll find the real love of his life.

That night after the tour, Bow tells Dre, “I made her hate brown… I pushed her too hard.” She doesn’t want Zoe to swear off going to Brown because of her. On the way home, Dre talks to Zoe on the plane about giving Brown another chance, for her mom’s sake. They share a tender moment, and Dre realizes he didn’t take his meds. Zoe reassures him that everything will be okay and holds his hand. He is fine until something falls from the overhead and he loses it asking for his airplane candy and his mama. Oh, Dre.

In the end, it all works out as Dominique comes back and they go to Catalina Island.