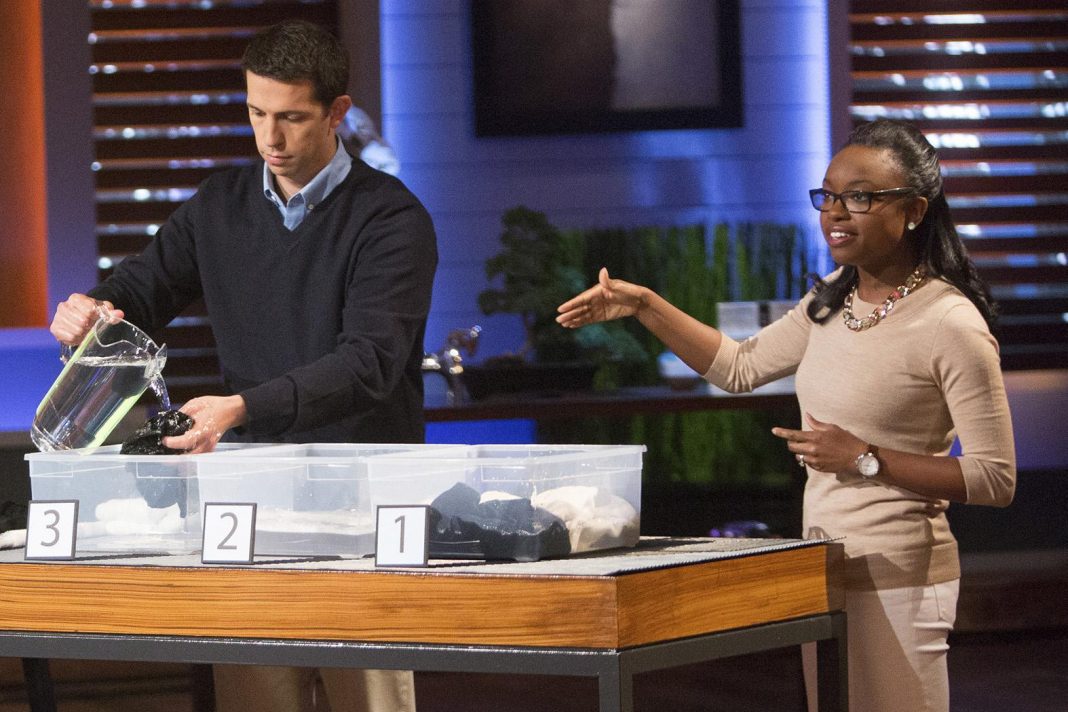 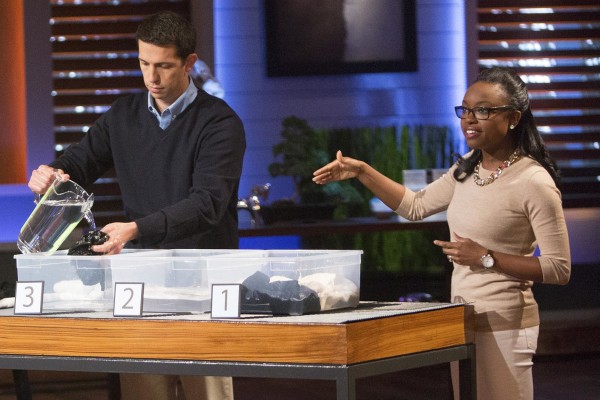 Tonight’s episode of ABC’s Shark Tank featured young millennial entrepreneurs who believe they have viable businesses that could benefit from a shark’s investment and expertise. The panel of venture capitalists in the tank this time around was Robert Herjavec, Lori Greiner, Kevin O’Leary, Daymond John and Mark Cuban.

So here is a recap of tonight’s business pitches:

Young entrepreneur Maxwell Cohen came into the tank with his new take on bed sheets. His product is a fitted sheet that includes seven soft, waterproof peel away layers. Thus, instead of having to change your sheets every time you spill your drink, get sick or are simply too lazy to do your laundry, you can take off one of the layers and have a brand new sheet ready for you. Additionally, the peel away sheets are completely recyclable.

The Sharks seemed entertained by Max’s idea and pitch. However, they all expressed hesitation towards the concept. Lori pointed out that the sheets lacked quality, as she poked a hole through one of the layers.

Max goes on to say that he has had some interest from retailers, such as Bed, Bath and Beyond. Though this interest has yet to turn into any substantial orders. Unfortunately, the Sharks drop out one by one, as they all can’t fully get behind the product.

Thus, Max leaves the tank without an investment.

The second pitch of the night was from Harvard business students Nate Barbera and Desiree Stolar. The two friends created a business around an innovative formula that relaxes fibers in shrunken wool clothing, to help return them to their original size.

While the idea seemed to have plenty potential, the sharks express concern about how big the market for it is. Lori points out that it is geared towards wool, which is not a common fabric nowadays. In addition, the only people who would need the product are the people who don’t treat their wool garments properly. Thus, Lori is quick to drop out of the deal.

O’Leary is the first shark to put out an offer, at $150,000 for 33.33%. However, Nate and Desiree aren’t too happy with the valuation Kevin implicitly put on their company.

In the end, UnShrinkIt takes on Mark Cuban as an investor.

GripClean is a product created by X Games MotoCross star Bryce Hudson. Basically, Bryce created an industrial grade soap that takes “dirt to fight dirt.” The product incorporates grains of dirt to enable the user to get out even the toughest dirt, grime and grease.

Currently, Hudson is creating and packaging his product in his garage. He has been unable to find a suitable manufacturer, as they all are unwilling to purposely import dirt into their factories.

Herjavec is the first shark to drop out, as he has already had a go at the industry with the company GreaseMonkey, and it didn’t go so well. Next, Mark drops out, as he believes Bryce has not created a true company yet. Daymond tells Bryce that he asked for too much money and didn’t feel he personally has the right expertise to help Bryce’s business, so he drops out.

Kevin isn’t pleased when Bryce explains he plans to continue producing the soap in his garage. Kevin tells Bryce that his strategy would not allow him to be profitably scaled and drops out.

Fortunately, Greiner sees potential in the product and feels that it would fit in well with her current investment portfolio. She decides she will take a leap of faith. However, Bryce must allow her to make some crucial business decisions. Lori offers him $85,000 for 35% and Bryce gladly accepts.

With a valuation like the one Polar Pro’s founder Jeff Overall is proposing his company is worth, that sharks had high expectation for the business. Polar Pro is a company that provides various accessories for cameras. They have over 30 skews, including a selfie stick that charges your phone, and a set of filters for drone cameras.

Undoubtedly, all 5 of the sharks are incredibly impressed by Jeff’s company and how it manufactures and designs all of its innovative problems. In addition, Jeff continues to impress when he reveals that all of his products have profit margins ranging from 75-300%.

The company had sales of $2.8 million last year, and Jeff says it continues to stay ahead of the competition by continuously investing in extensive research and development.

As the sharks begin getting hungry, and the tension in the tank builds up. Robert and Mark decide to offer a joint deal at $1 million for 10%. Jeff accepts Mark and Robert’s deal.

And that is the end of this week’s Shark Tank. Check out below to read a teaser for next week’s episode.

The sharks are pitched a whole new round of businesses, including a new recreational sport, a socially responsible fashion brand, a Brazilian snack, and a solution to the problem of missing socks. In addition, fans also get an update from Season 6’s seasonal company Mensch on a Bench.