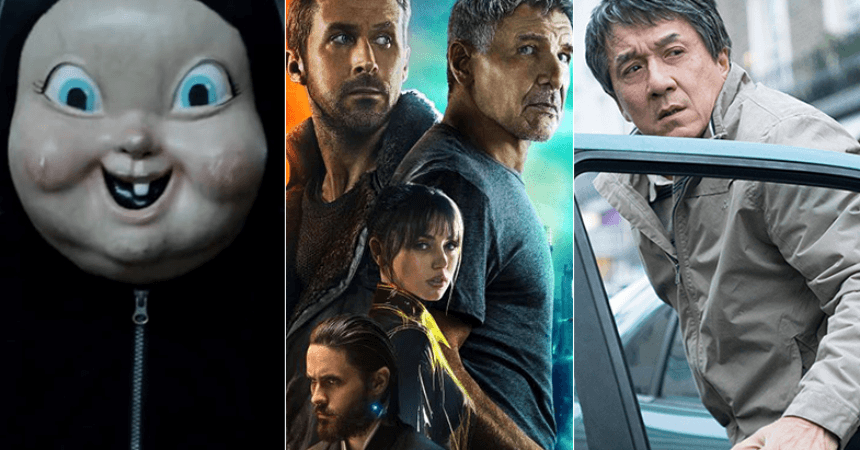 Hollywood has been sweating it out this year as the box office has taken some major hits, but the horror genre is alive and well as low-budget with big return movies will probably signal a scramble at the studios.

This cycle hits nearly every decade after Hollywood studios spent hundreds of millions of dollars on big budget flops, but then a small indie film comes along and hits it big at the theaters. “Paranormal Activity” did this which resulted in studios pumping out a lot of microbudget schlock that failed as they forgot it’s about story that moviegoers like.

So now, “Happy Death Day,” the latest microbudget movie from Blumhouse Productions, the Universal Pictures-affiliated studio behind runaway original hits like “Split” and “Get Out,” arrived to a strong $26.5 million in ticket sales in North America. That total was easily enough for No. 1.

In keeping with the Blumhouse model — find gifted but undervalued directors, give them little money but lots of creative control — “Happy Death Day” cost about $4.5 million to make and was directed by Christopher Landon. It received mostly positive reviews, amounting to a comeback for Mr. Landon, who wrote most of the “Paranormal Activity” films but had a misfire as a director in 2015 with “Scouts Guide to the Zombie Apocalypse.”

A horror comedy that mixes hints of the “Scream” movies with “Groundhog Day”-style repetition, “Happy Death Day” managed to turn out younger audiences. Universal, which distributed the film, said on Sunday that 63 percent of ticket buyers were under the age of 25.

In contrast, younger audiences continued to stay away from “Blade Runner 2049” (Warner Bros.), which was a limp second in its second weekend. It took in roughly $15.1 million, for a new domestic total of $60.6 million, according to comScore, which compiles box office data.

“The Foreigner” (STXfilms), an action thriller starring Jackie Chan, arrived in third place, with about $12.8 million in ticket sales. STX, an upstart Burbank studio, noted that “The Foreigner” has already made $88 million overseas. The movie, which cost STX and Chinese partners about $35 million to make, has a rare distinction: The Chinese government certified it as a “coproduction,” meaning that STX will get a significantly larger share of ticket sales from Chinese cinemas than is typical for American studios.

“Marshall” (Open Road), a historical drama starring Chadwick Boseman as a young Thurgood Marshall, arrived in relatively limited release in 821 theaters — to compare, “Happy Death Day” was in 3,149 — and collected about $3 million. Open Road hopes that “Marshall,” which received strong reviews and cost about $12 million to make, will find a broader audience in the weeks ahead.

Dying in 1,229 locations was “Professor Marston and the Wonder Women” (Annapurna), which collected $737,000. Critical applause may help the film, a drama about the man who created Wonder Woman in the 1940s, to find a video-on-demand audience. 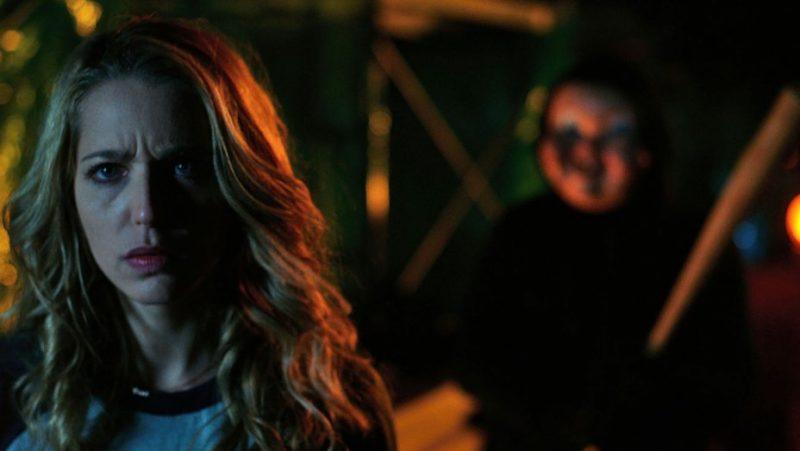 The box office might be struggling this year, but the horror genre is alive and well.

This weekend the “Groundhog Day”-like horror pic “Happy Death Day” scored a first-place finish, surpassing expectations and blowing the much costlier and star-driven “Blade Runner 2049” out of the water.

With a PG-13 rating, the film scored big with younger audiences — 63 percent were under 25.

It’s the latest success story from Blumhouse Productions, which earlier this year released “Split” and “Get Out,” with the help of Universal Pictures, which distributed.

“It’s as much thriller as it is a horror film. It’s scary, it’s funny, and it has an extraordinarily clever script that is very well executed,” Orr said. “Blumhouse owns this space no doubt about it, and they do this better than anybody consistently.”

The film also had the benefit of coming on the heels of the massive success of “It,” which has earned $314.9 million domestically to date. The “Happy Death Day” trailer played in front of “It” at theaters, which “exponentially increased” audience awareness, said comScore senior media analyst Paul Dergarabedian.

Horror continues to be one of the bright spots during a roller-coaster year at the box office.

“This is a horror gold rush at the theaters,” Dergarabedian said. “It’s been perhaps the most consistently positive story this year.”

One film that does not look destined for a happy ending is “Blade Runner 2049,” which fell 54 percent in its second weekend in theaters, adding $15.1 million to bring its domestic total to $60.6 million.

The film was a costly endeavor with a production price tag north of $150 million and was well-reviewed by critics. But it couldn’t manage to draw in significant audiences beyond the fans of the 1982 original, which was also a flop upon release.

Jackie Chan’s “The Foreigner” debuted in third place with $12.8 million from 2,515 screens, while “It” landed in fourth place in its sixth weekend in theaters.

The Kate Winslet and Idris Elba disaster pic “The Mountain Between Us” rounded out the top five with $5.7 million.

Other new releases landed outside the top 10. The Thurgood Marshall biopic “Marshall” took in a promising $3 million from 821 theaters.

“Marshall is off to a solid start,” said Open Road Films CEO Tom Ortenberg in a statement. “We expect Marshall to hold very well and run well into the fall.”

“Goodbye Christopher Robin,” about author A.A. Milne and the creation of the beloved children’s books and characters, also got off to a poor start with $56,000 from nine theaters.

“October is off to a slow start,” Dergarabedian said.