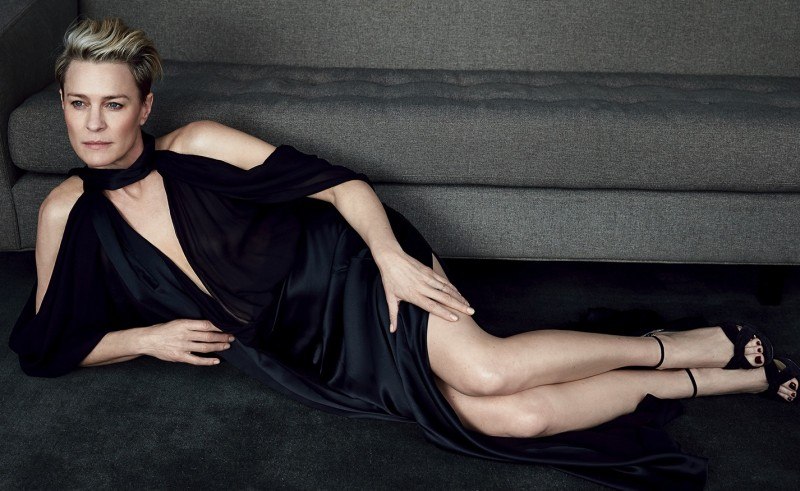 This week’s hero is an actress who stood her ground in the ongoing salary gap debate, and the zero is a political cartoonist who crossed the line.

Robin Wright is a powerhouse! The House of Cards actress is no stranger to controversy. I mean, she was married to Sean Penn for nearly 15 years, and we all know that man has had his share of publicity. She is this week’s hero because she stands as another woman in Hollywood clearing a path for equal pay in the entertainment industry.

She recently revealed the fight she went through to ensure that she received the same salary as her “House of Cards” co-star, Kevin Spacey. Wright did everything from research the influence and popularity of her character Claire Underwood amongst demographics to threatening to “going public.”

These are the times in which we live. Women, for whatever stupid reason, still make less than men across a multitude of industries. Now more than ever, women are taking their abilities and their contributions and leveraging them to get more than .79 cents on the dollar. Who came up with that notion in the first place? What would make someone think a woman deserves less pay for the same job? Can we please steer clear of the 1950’s male dominated system of thought that still exists when it comes to salary tiers (and other issues)? It’s disgusting.

Wright is finally going public with the task she found before her is a great encouragement for women of all ages. Sometimes we don’t like to speak up for what we know we’re worth because of fear it will backfire, but what if it works? What if demanding equal pay garners equal pay?

The actress got a lot of support from fans and fellow entertainers. Which goes to show that standing your ground on issues you can’t ignore more times than not equals positives results.

Robin Wright’s stand for all women, everywhere who ever wanted to speak up and demand equal pay makes her a hero.

This idiot is the latest zero because of his misogynistic, racist, hurtful and sexist portrayal of Michelle Obama (MO) vs. Melania Trump.

Just when I think I have seen and heard it all, some crazy, egotistical, narrow-minded, small-handed man does something that takes the cakes. Garrison’s cartoon features our First Lady, Michelle Obama, as a manly, ugly, poor postured angry black woman envious of the perfectly fit, unrealistically proportioned Trump. This kind of point of view about black women has got to stop.

I mean, the guy is a Trump supporter clearly, which in and of itself should be a clue that he ain’t shit. He’s also from Montana, and I don’t know many people, famous and ordinary, from Montana. So his view on people of color is already lacking in first-hand knowledge. He shows his ignorance and bigotry with this drawing, and I am sure he could not care less.

I am so tired of Michelle Obama’s accomplishments and bad assery taking a back seat to societal expectations of beauty. For the record, MO is bad. She works for the body she has and tactfully showcases the effort she puts into looking great through her fabulously chic fashion choices. The fact that people can continue to ignore her accolades or even suggest that she didn’t work for them or doesn’t deserve them proves that disgusting unwavering allegiances can easily blind folks. Furthermore, the comparison is creepy and borderline predatory.

Garrison’s bold and totally sexist take on the two women mainly shows that black women still aren’t good enough. It shows that even having an Ivy League education, winning grand slams (Serena Williams) and taking the world by force with our contributions can’t hold a candle to a white woman’s sub pare privileged life. Point blank. It happens too often and is due to a system in place that continues to divide women of all colors based on male created fantastical standards of the ideal woman.

Ben Garrison is a zero.