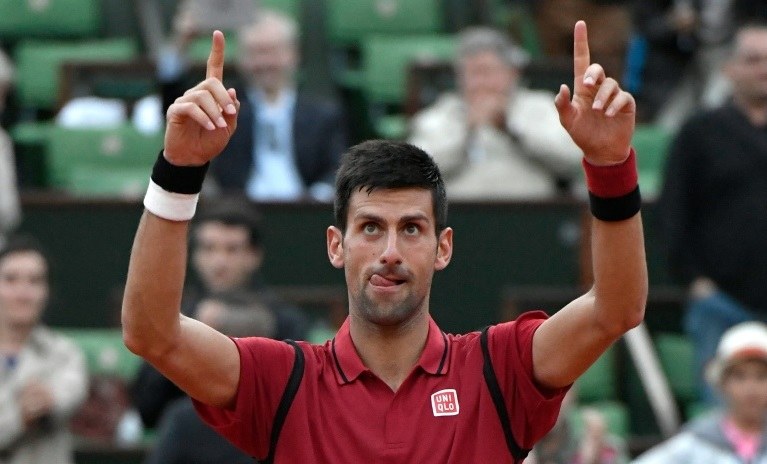 Novak Djokovic and Tomas Berdych both advanced at the 2016 French Open on Wednesday. Djokovic, in what was a rain-delayed match, defeated Roberto Bautista-Agut in four sets. Berdych had very little trouble in his match, eliminating David Ferrer in very routine straight sets. Those two results set up a not-so-intriguing quarterfinal between Djokovic and Berdych. However, there could be a much more intriguing match-up developing between Djokovic and Dominic Thiem.

Looking ahead at the Thursday quarterfinal between Djokovic and Berdych, the two players have met a total of 25 times in their careers, and the results are terribly one-sided in favor of the Serb. The current World No. 1 holds a 23-2 lead on head-to-heads, including a 10-match winning streak dating back to the 2013 Rome Masters.

If Berdy wanted to try to ground some confidence in their past results, it would be from the Rome match as it was played on clay. Furthermore, the Czech No. 1 actually beat Djokovic in a bigger match than a Grand Slam quarterfinal as Berdych defeated Djokovic in the Wimbledon semis in 2010.

Berdych’s play in Paris has made the double-bagel loss to David Goffin from a few weeks ago ancient history. However, it is very difficult to see the Czech player coming through against Djokovic. I don’t find a straight-sets victory over Ferrer to be all that convincing anymore as the Spaniard is clearly trending downward on tour.

Looking at the draw from Djokovic’s perspective, there’s a pretty clear path to the final now with perhaps Thiem the major obstacle. Thiem is into his first career quarterfinal after defeating Marcel Granollers in a section of the draw that Rafael Nadal withdrew from.

Thiem will next face Goffin in an intriguing battle between two players, neither of which has made a Grand Slam quarterfinal before. By my calculations the winner between Goffin and Thiem debuts in the Top 10 with the post-French Open rankings. But regardless of which of them advances if Djokovic defeats Berdych, as projected, then the World No. 1 would have an opponent in the semis with no experience playing this deep in a major. 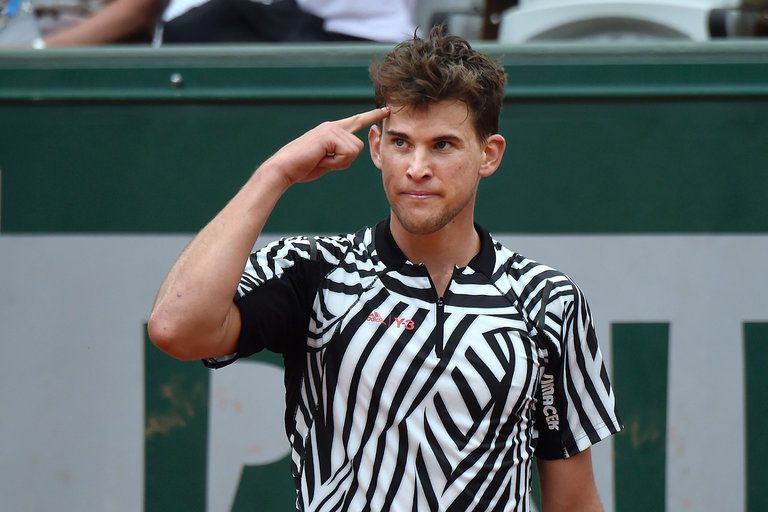 If you were to pick a player to upset Djokovic before the final, then it would be Thiem. The 22-year-old Austrian is someone I profiled as a future No. 1 player a little while back. He’s still making some mistakes against peripheral players, with three dropped sets through the opening rounds. However he hasn’t had a close call yet, he has multiple clay-court titles in ATP events on tour this year, and he’s clearly the best player on tour right now born in the 1990s. Furthermore, Thiem does have the ‘elevation ability’ – when the going gets tough, his game improves drastically.

Looking at the top half of the draw, Djokovic against Berdych is a 95% dunk for the Serb while Thiem should beat Goffin more often than not. If everything holds up as expected, then the semifinals will feature the current World No. 1 against a player that is clearly emerging as a major challenger for the bigger events. That’s the age-old scenario in tennis where a young-up-and-comer either plows ahead at the expense of a veteran or is forced to wait a little bit longer.

Djokovic and Berdych open the order of play for Philippe-Chatrier Court on Thursday (1 pm local time) while Thiem and Goffin will meet at the same time on Suzanne-Lenglen Court. Spots in the semifinals are at stake with Stan Wawrinka and Andy Murray already through on the bottom half of the draw.