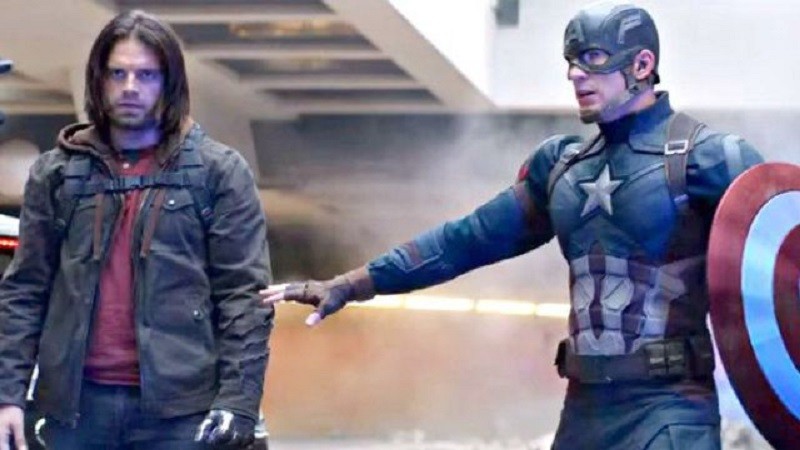 The success of “Captain America: Civil War” unfortunately has some distasteful side effects. It’s Bert and Ernie all over again. There was a recent Twitter storm with the hashtag #GiveCaptainAmericaABoyfriend. So what’s the idea behind this?

In the Captain America trilogy, Steve Rogers has a very close friendship with Bucky Barnes aka Winter Soldier. Close enough that Cap is willing to risk his life to save his best friend from capture (First Avenger), bring his friend out of mind control (Winter Soldier) and defend him from persecution (Civil War). These days, close friendship between two male friends can easily be confused with bromance.

In Avengers, Avengers: Age of Ultron and in Civil War, Steve Rogers has an uneasy yet close friendship with Tony Stark. One could call it a cute love-hate relationship and now some fans want them to ‘take off a suit’. Also, beginning with Captain America: Winter Soldier, Steve Rogers easily starts a close friendship with a war vet named Sam Wilson aka The Falcon. Wilson acts as Cap’s sidekick and is always by his side. Wilson gave up a peaceful life to help Cap take down Hydra and he had no qualms refusing Nick Fury’s offer to act as a spy for him at the end of the film. Wilson also had no second thoughts in siding with Cap in the superhero schism brought about by the Sokovia Accords in Captain America: Civil War. In the comics, these two are also best buddies. Is some sort of Capcon shipping possible with these two?

Captain America has the looks that’s for sure, with Chris Evans in the role has gay fans fantasizing various possibilities. It’s probably Marvel’s fault with the direction with the character, not giving him a steady romantic relationship with his female leads. Cap and Peggy didn’t get to have a full relationship when he sacrificed himself at the end of Captain America: The First Avenger. In Winter Soldier, Black Widow mainly acted as additional support with token kissing scenes, and Peggy was old, senile and dying. In Civil War, Sharon or Agent 13, was revealed to be Peggy’s niece which resulted in Cap’s somewhat sudden attraction to her. 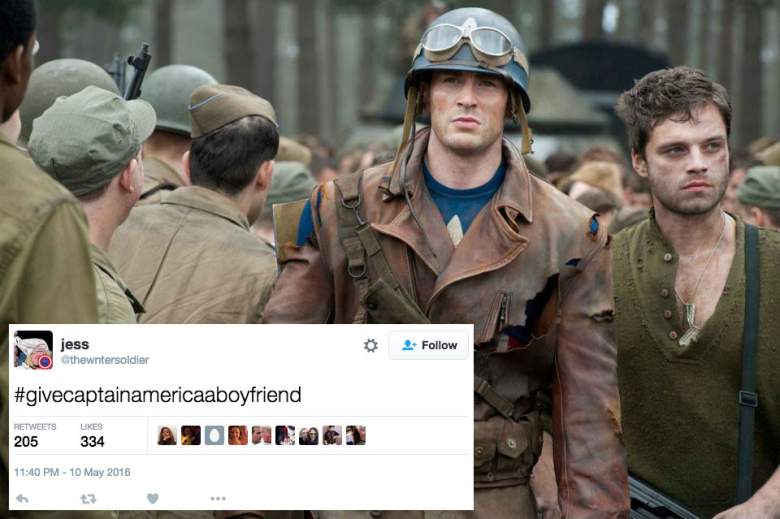 Yes. Cap was attracted to Sharon either because she is Peggy’s niece or because they got to know more about each other off-screen. In Cap’s long history in comics, Sharon Carter is Cap’s on and off love interest. Cap also had a romantic relationship with female villain Diamondback Rachel Leighton. So sorry to disappoint gay fans but Cap is consistently into women. Cap is even alleged to have an affair with someone in the pages of Alias, the title of the comic book featuring Jessica Jones. If Chris Evans can spare a few moments on TV (that’s all that’s needed) that could be the story arc for season two of Jessica Jones.

Where many are excited in male-to-male shipping for Captain America in the #GiveCaptainAmericaABoyfriend campaign, many find it just as distasteful, especially longtime Captain America fans and readers. Sure, he keeps his male friends very close. But that’s just it. As a man who has the best qualities of a human being, he is very loyal to his friends and country. Nothing weird there. It’s like the same situation with Batman and Robin. A lot of innuendos were thrown at the Dynamic Duo with a book even getting published about it that later led to the creation of a regulatory censorship body. Before any renewed Batman/Robin shipping happens, in the comics and other media, Bruce Wayne has a clandestine relationship with Selina Kyle or Catwoman. He had a son with Talia Al Ghul and a relationship with reporter Vicky Vale. So, #Batmanisstraight and so is #Straightcap.

If superhero fans want gay characters, it’s best to let the publishers decide on it. They give in from time-to-time with secondary characters like the Canadian Marvel hero and mutant Northstar and DC’s Batwoman Kate Kane. However, many fans were very displeased when DC outed the original Green Lantern Alan Scott as gay in its Earth 2 storyline. Surely they won’t be happy outing Steve Rogers as gay or bi. He’s been around too long and is well-established. #Handsoffcap or the MCU will perish.