It is Heroes and Zeros time! In the top spot is a city that has set a progressive standard for its local government demographics. The loser is a magazine that erased an important part of a popular actress’s identity.

I am a firm believer that representation and access are two of the most important aspects of diversity. We live in 2017 people. As much as there are folks who want to take us back to a time of all white everything, that moment in history is just that – history. No matter how hard “traditionalists” try to fight it, change is not coming it is here. That’s why Minneapolis is this week’s hero because the people of the city elected two black transgender council members.

This is the way things should be. Individuals should be able to campaign and win an election based on their efforts, what they stand for and what they plan to do for the people they may potentially represent. Color, gender, orientation, etc. should not play a factor. Congratulations to Andrea Jenkins, a 56-year-old poet who transitioned in her 30’s and Phillipe Cunningham, a 29-year-old transgender man for being apart of history; for being apart of the change that we continue to see in other areas of society.

Victory Fund, a group that seeks to advance the efforts of LGBT candidates, are clear on the impact these wins will have on their fight for equality. President Aisha Moodie-Mills, the organization’s president said,

“Americans are growing increasingly aware of trans equality and people, and this win will surely inspire other trans people to run for office and further inclusion in their communities.”

America is made up of a conglomerate of pieces and it is not just black and white. What I believe that most Americans want is a country that is inclusive, prosperous, loving, and safe. There really is no more room for the hate that a select group of people tries to keep going. It is not going to work because citizens in cities like Minneapolis and in states like Virginia, where Danica Roem became the nation’s first openly transgender state lawmaker, realize what’s most important – the values, actions, and intentions of the person.

The electing of these transgender individuals to government office sends a clear message that people are saying no to hate and yes to love, inclusion and common sense. The more that these individuals receive “face time”, the more other transgender folks will see their value and their worth. In turn, they will live their authentic selves and not worry about what others think, but focus on their gifts and how they can impact the world.

It is a huge step for LGBTQ and one of which the city of Minneapolis should be extremely proud. It is a hero for leading the way. 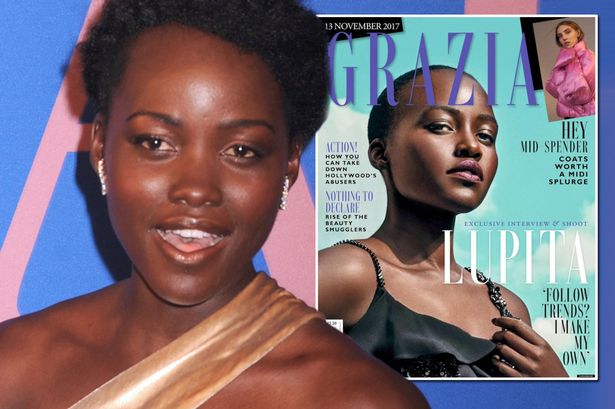 In the age in which we live today, you would think that publications openly accept the things that make us all different as a beautiful thing instead of trying to get someone to fit into their idea of beauty. Grazia UK is this week’s zero for editing out Lupita Nyong’o kinky afro puff for the cover of their November 2017 issue.

If white people are not trying to imitate black culture, they are trying to erase it. Nyong’o is upset and disappointed with the magazine because she says that they digitally altered her hair to “fit a more Eurocentric notion of what beautiful hair looks like.” To support her claims, she posted before and after pictures to her social media accounts. She also said,

“I am disappointed that @graziauk invited me to be on their cover and then edited out and smoothed my hair… Had I been consulted, I would have explained that I cannot support or condone the omission of what is my native heritage with the intention that they appreciate that there is still a very long way to go to combat the unconscious prejudice against black women’s complexion, hairstyle, and texture.”

Her notion of accepting her own beauty as a standard is a real narrative for little black girls and grown black women. It is so important, so please hear me on this. It comes down to an understanding on white people’s part and on the part of those people of color (POC) who benefit from privileges that others in their community do not. Too many women of color (WOC) have spent far too long feeling bad about themselves because they do not look like that which society says they should. To see a woman like Nyong’o on the cover of popular magazines is powerful. It sends a message and speaks volumes for the publication that does so without “fixing” her image to be more socially acceptable. Why invite her at all if the intention was to project a lie?

The importance of Nyong’o on the cover of Grazia UK, untouched, is something that non-black run entities need to grasp. It is about representation and access, and Nyong’o calling them out about it (and Grazia UK apologizing) is exactly how to bring the right attention to this kind of issue.

Grazia UK is a zero for this misstep.