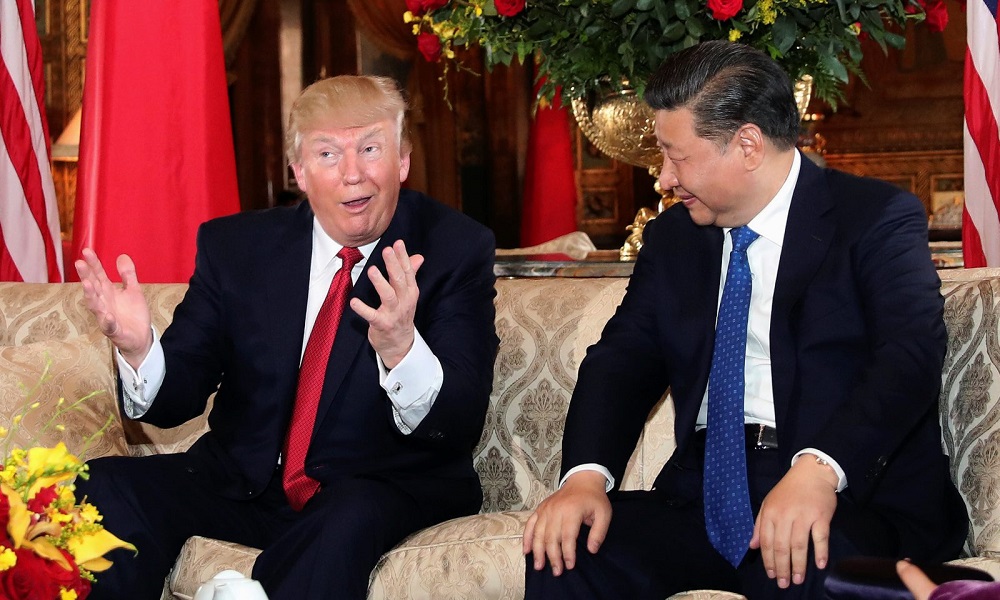 Donald Trump rushed a bit when he declared a new U.S. China deal not seeming to realize that China is not a country to be rushed.

A trade and investment package announced during President Donald Trump’s visit to China is more about the art of diplomacy than the art of the deal.

The package, said to be worth more than $250 billion, puts a symbolic gloss on fundamentally strained economic relations between the U.S. and China. It draws together some new orders and extensions of business from existing Chinese customers, previously worked-out deals, tentative investments and statements of intent that may or may not turn into new dollars and jobs for the U.S.

Officials from both countries made something of the developments nonetheless.

“Just now, the president and I witnessed the signing of some major cooperation agreements by our businesses,” Chinese President Xi Jinping said in an appearance with Trump on Thursday at which neither man took questions. “During this visit, the two sides signed over $250 billion U.S. dollars of commercial deals and two-way investment agreements.”

U.S. Commerce Secretary Wilbur Ross said: “Today’s signings are a good example of how we can productively build up our bilateral trade.”

Such signing ceremonies in China are often just that, ceremonial. They typically represent purchases that Chinese customers already planned to make and held off on announcing.

General Motors’ $2.2 billion piece of the package, for example, consists mostly of selling parts to its existing joint venture with the Chinese government.

Alaska, however, welcomed an agreement that could spur construction of a long-sought pipeline to ship natural gas from the North Slope to a port for export to Asia. Oil companies backed away from the project, but the agreement with Chinese interests means all parties will work toward a decision by the end of next year whether to proceed.

The signings this week, a fixture of visits by foreign leaders meant to blunt their complaints about China’s trade surpluses and market barriers, assure that Trump and others don’t come away empty-handed even if China’s trade and investment policies don’t change at their core.

During the 2016 campaign, Trump accused the Chinese of “raping our country” on trade and vowed retaliation if Beijing didn’t change. Since then, China’s trade surplus with the U.S. has continued to grow, up 12.2 percent in October from a year earlier.

The flurry of initiatives signed this week provides for the Chinese purchase of 300 Boeing jetliners that have a list price of $37 billion, mobile phone chipsets from Qualcomm for $12 billion, $1.6 billion in soybeans, and nearly $12 billion in vehicles and parts from General Motors and Ford, among other deals.

The Boeing deal is known to be a mix of old and new orders and appears to fit in the normal order of business. As well, airlines get deep discounts on the list price.

Boeing generally delivers about 150 planes to China a year (126 so far this year), and China generally orders about 300 more every two years. Company officials wouldn’t comment beyond their statement on the deal.

Analyst Richard Aboulafia of the Teal Group, an aviation-research firm in Fairfax, Virginia, said the Chinese government likes to bundle orders collected from Chinese airlines “to make it look like it plays a bigger role in the economy than it really does.” Based on that practice, he said, the new Boeing orders must be “either orders in the pipeline or orders that haven’t been placed but were going to be placed anyway.”

On autos, GM said its part of the package is a new but a normal element of its business in China and not something that popped up because the leaders are meeting. In addition to parts sales to the China-based joint venture, GM-SAIC, it provides for the sale of a small number of cars, such as Chevy Corvettes.

The two countries also agreed this week to cooperate on other projects, like the Alaska liquefied natural gas pipeline, which could cost more than $40 billion, though there is no guarantee it will proceed.

Xi said China is willing to expand imports of LNG, crude oil, and other U.S. energy products and would explore “the potential” of more imports of U.S. beef, cotton and other agricultural products.

But it’s unclear if such pledges extend beyond a U.S.-China trade agreement announced in May. That addressed LNG and beef exports to China, and trade experts called it a modest fulfillment of past assurances made by China.